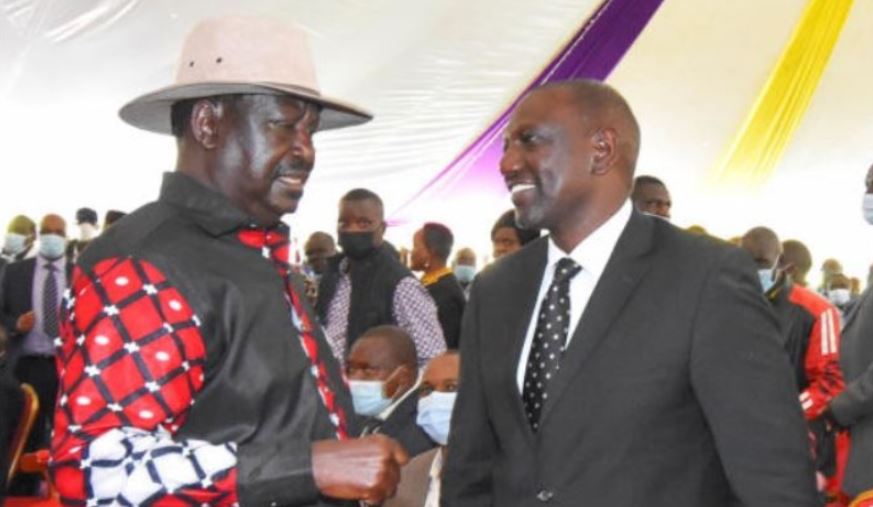 DP Ruto has been steadfast on the Bottom-up approach while the former Prime Minister has proposed a social support welfare programme where needy and vulnerable Kenyans would get a monthly stipend of Sh6,000.

There’s no denying that Ruto’s Bottom-up has gained more traction and a new poll has confirmed this.

The poll conducted by Infotrak for the Nation shows at least 47 percent of Kenyans identify with Ruto’s model, while 36 percent are excited about Raila’s Sh6,000 pledge.

According to the poll, at least 18 percent of Kenyan voters do not identify with either of the campaign agenda.

The poll, paid for by the Nation Media Group, shows that Bottom UP is more popular in Central Kenya and Rift Valley while Raila’s programme received a positive response in the Coast and Western.

The poll was conducted on May 8–9 and sampled 2,400 respondents in 47 counties. It had a two per cent margin of error with a 95 percent degree of confidence.

Kindiki: I Beat Gachagua in UDA Electoral College, Opinion Polls < Previous
All The Trending Memes and Tweets Today Next >
Recommended stories you may like: