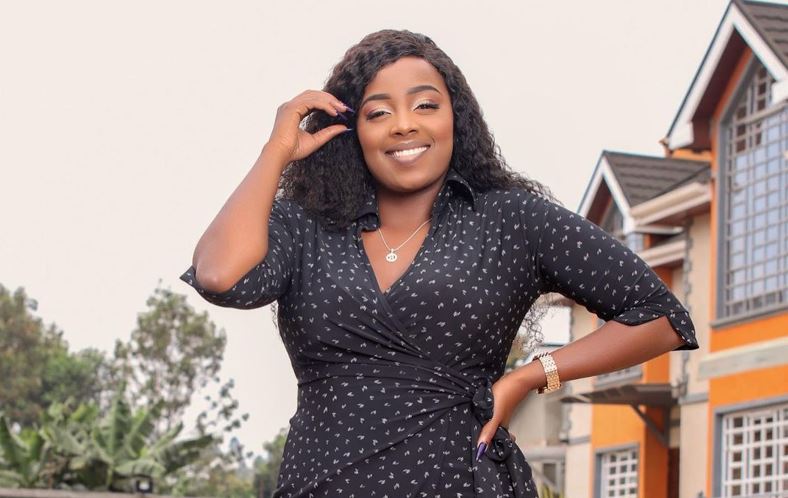 Actress Jackie Matubia says her second pregnancy with actor Blessing Lung’aho, alias Madiba, was unplanned and it came as a shocker as she was on contraceptives.

Speaking on her YouTube channel, the former Mother in Law actress said she learnt she was expectant at eight weeks.

“That day I wasn’t feeling well. I even thought I had contracted Covid-19,” she said.

“I had no appetite, and his cologne was irritating me. I was at a point where I never thought I could be pregnant again.”

“Between my last period and the time of conception, when I was getting pregnant, I was on family planning — an injection,” she said.

“The doctor told me I was eight weeks pregnant, I froze. I did not know whether to laugh, cry or shout. This second pregnancy, I wasn’t ready because our relationship was just in the ‘honeymoon’ period.”

Matubia said when she informed Madiba, he was excited.

“I went to the car and cried for 30 minutes. I then called Blessing (Madiba) over the phone and he was very excited,” she said.

The actress also noted she was afraid her contracts would be terminated due to the unplanned pregnancy.

“I used to cry because I did not know if my contracts with different companies would be terminated. I felt like I was gonna lose all the sources of my income, it was hard,” Ms Matubia said.

Copyright Board Sides With Sauti Sol in ‘Extravaganza’ Row With Azimio < Previous
Sailors Gang Member in Tears As He Blames Record Label For Group’s Struggles Next >
Recommended stories you may like: