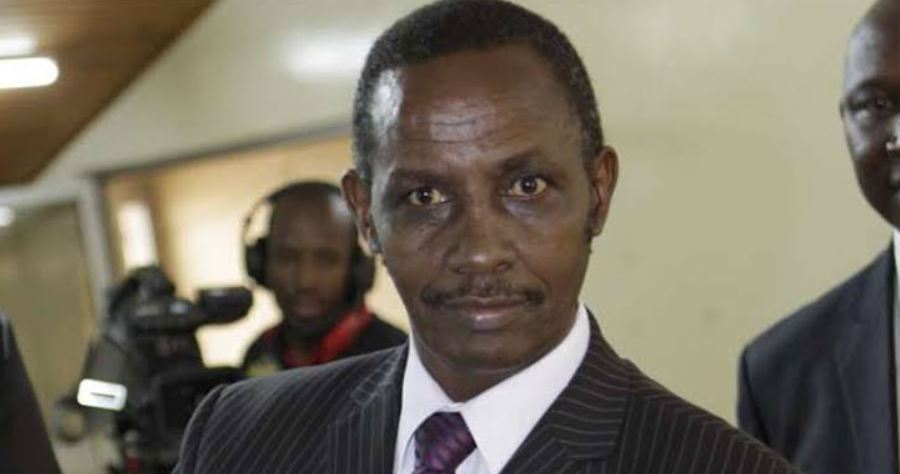 Former Nyeri Town MP Wanyiri Kihoro has explained why he won’t attend the funeral of former President Mwai Kibaki on Saturday, April 30, at his Othaya home in Nyeri County.

Kibaki and Wanyiri had long-standing differences that started after the former president allegedly failed to appreciate the former MP’s contribution of Sh16 million towards Kibaki’s 2002 presidential campaigns.

“I contributed Sh16 million towards his 2002 campaigns, which money we delivered to him in a plastic bag at the DP [Democratic Party] Finance House offices in Nairobi in the company of my wife, Wanjiru Kihoro, now deceased, and Charity Ngilu,” he was quoted as saying by the Star.

Wanyiri’s wife, Wanjiru Kihoro, was one of the strategists in Kibaki’s successful 2002 presidential run.

However, on January 25, 2003, she was involved in a plane crash while returning to Nairobi from a homecoming ceremony of former Vice President Moody Awori in Busia. The event also marked the celebration of Kibaki’s victory.

The crash claimed the lives of Ahmad and two pilots, while Wanjiru suffered serious injuries and was in a coma for close to four years before she died in 2006.

Speaking to Kikuyu TV stations Gichichio and Bravo TV, Wanyiri lamented that despite campaigning and funding his presidential bid, Kibaki did not visit Wanjiru in hospital.

Kibaki and Wanyiri’s friendship reportedly started during the fight for multipartism when the former president would visit the former detainee in London where he was later exiled.

“My children regarded him as a grandfather figure,” he said.

According to Wanyiri, by not visiting his wife in hospital, Mwai Kibaki abandoned him in his time of need. He said even after the death of his wife, Kibaki never made any effort to meet him.

They also never met, both when he was President for ten years, and ten years after retiring.

This, he said, is one of the reasons why he won’t attend the funeral. Wanyiri said another reason is that he was blocked from attending the late Lucy Kibaki’s burial.

“I am the kind of a person who doesn’t say or follow things that I do not believe in because that would be like lying in the eyes of the public,” he said.

Wanyiri, who served as MP from 1997 to 2002 after being elected on Kibaki-led DP, also faulted Kibaki’s performance as president.

He said though Kibaki was a peace-loving Kenyan, he performed dismally in uniting the country and would have performed better as a church minister than a president.

Government Lifts Ban on Scrap Metal Trade < Previous
All The Trending Memes and Tweets This Wednesday Next >
Recommended stories you may like: