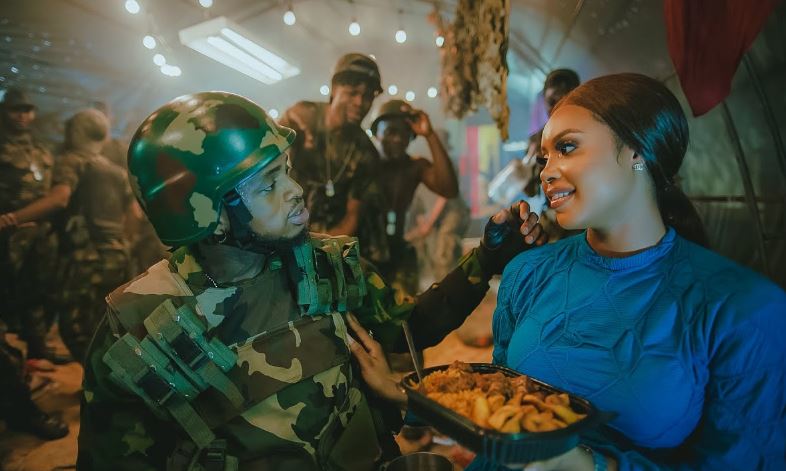 More entertaining than your favorite games on the best online casino around, the next best thing is to be on par with what’s trending in the music industry as we speak.

If you happen to be looking for a new feel and upgrade to your current playlist, then you sure will want to stick around and read for more because we’ve put together some new songs that are certainly topping charts and worth listening to.

So if you’re interested in knowing what Octopizzo, Diamond, Katapilla, and Natty have been up to of late, you don’t want to miss this.

Yes, you guessed right. Our East African sensation and music star, Diamond Platnumz, has finally released his music video to his track, Fine. Said to have been released on March 24th, this would be the third music video the star has released off of his initial extended play (EP) titled, First of All.

The music video was shot in Nigeria and led by popular director, Omori. It’s a flashy music video that’s nothing short of what the multi-award-winning artist talks about, which is romance and love.

With him able to still maintain his signature crooning, the video starts in an indoor setting but as it progresses, you also see a quick transition into a more military theme where you see his famous dancers doing what they do best in camouflage uniforms.

It’s certainly worth watching as the record boasts of an Afro-pop beat and style that you can’t help singing along to even when you’re on the move.

November 2021 saw Octopizzo ending our year with the release of his latest album, Fuego. Since then, we’ve seen the artist releasing music videos from it.

Recently, Octopizzo released another music video for the ninth song on the album titled, Go Hard. This is the very same album that’s featured other famous tracks like Narde, Freeman, and Milo Madness.

The visuals you’ll expect to find feature a lot of well-balanced motifs which is something Octo maintains in most of his videos. And with the help of director, Andrew Ogonji, the artist looks to be embracing a theme that’s more in line with what you’d expect in Marvel’s superhero film, Thor.

But the video wouldn’t be complete without Octo flashing his sense of style in all aspects.

“Tactics” By Katapilla And Hassano

Katapilla has struck again with a new music video, Tactics, and this time, he’s featured another popular artist, Hassano. The Odinare Challenge winner released the song through Rhodeway Records through a successful production collaboration with Biko Beats.

It’s a Drill record that was directed by Tasla W where we see both artists placed in a slam setting together with an entourage. In the video, you find the entourage wearing black and blue jackets as they flash their bandanas and enjoy the vibe. It’s a fantastic collaboration between the two rhymers.

“Mazza” By Big Yasa And Kombat

We have another Odinare Challenge artist, Big Yasa, who has joined forces with Kombat to collaborate on a massive Drill record titled, Mazza.

Produced by Amari and shot by Ben 47, the video shows the two artists rapping within a group of young men that are flashing gang signs and wearing face masks.

Many have shared their love for Kombat’s amazing hook as he adds an aggressive feel to it with an accent that’s quite popular in the black communities based in the UK.

Big Yasa has also been greatly commended for his verse that’s also set the tone for this amazing masterpiece.

“Life” By Mando And Natty

We now have the GTA Drill rappers, Natty and Mando, who have recently released their latest title, Life. Filmed by Cnot, the video is shot in a suburban setting that only features the two rappers telling their music from the heart.

Since then, the group has made some great collaborations and produced trending tracks that have topped a few charts in recent months.

Betting On A Mobile Device Or Computer: Which One Is Better? < Previous
How To Use Mobile Sports Betting Next >
Recommended stories you may like: