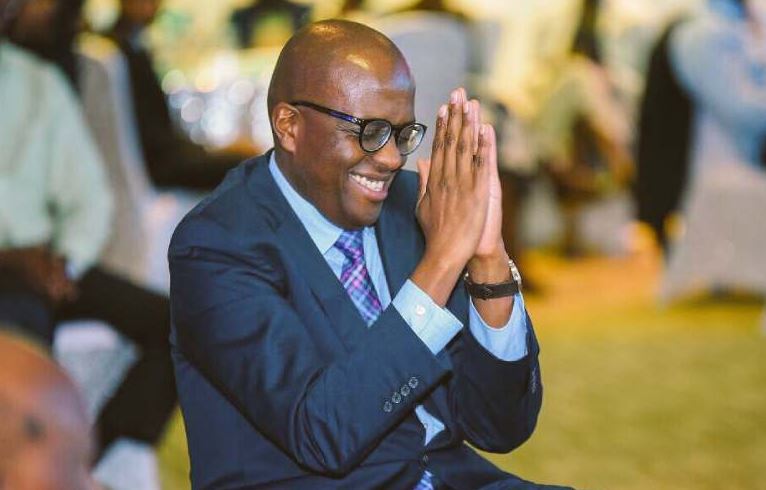 A running joke on social media this week has been that Polycarp Igathe is the only Kenyan whose uncle actually forwards his CV to well-placed connections. This was after news broke that the former Nairobi Deputy Governor has been handpicked by President Uhuru Kenyatta to carry the Jubilee flag in the city’s gubernatorial race.

“Polycarp Igathe must be the only Kenyan whose uncle actually receives and forwards his CV,” one person noted on Twitter.

Polycarp Igathe must be the only kenyan whose uncle actually receives and forwards his CV.

Looking at his career trajectory, it is a totally valid statement to make

Igathe has served in very senior management position in some of the biggest companies in Kenya.

Before joining politics in 2017, here are some of the positions he held.

After resigning as Nairobi Deputy Governor, the gods of Igathe were at it again, and he was quickly absorbed by Equity Bank as its Managing Director of its Kenyan subsidiary.

After a short stint at Equity, Igathe returned to Vivo Energy, this time as the Executive Vice President, Sales and Marketing.

He soon resigned from that job too, returning to Equity Bank in early 2020, this time as Equity Group Chief Commercial Officer. That is the position he currently holds but he wants to change in 3 months time.

To recap, in just the last 4 years, Igathe has been:

One thing is clear from Igathe. He doesn’t hold jobs for long, and he is very lucky, very connected or both. We cannot ascertain whether he is actually too good at what he does to ignore, or he simply has powerful godfathers.

And big jobs happen to be a family affair. His wife, Catherine Igathe, is the Managing Director at AIG Kenya and a non-executive director at Centum Investments.

In an interview on Inooro TV on Wednesday, Igathe explained how he does it.

If you are expecting something revolutionary, sorry to disappoint you but his answer was as cliché as it can possibly get.

“I am here because of God, those terming me a deep state candidate should know there’s no deep state that is greater than God, it is Nairobi residents who have asked me to be their Governor,” he stated.

“God’s favor is always on my side, you have seen me miss a bullet, I survived the Westgate attack, I escaped the 1998 bomb blast narrowly,” he added.

Explaining why he left City Hall in 2018, Igathe said it was the poor management and corruption. “There was so much corruption happening in the Nairobi City County Government. I had to stand for my integrity and quit.”

He however added that he is still in good terms with Sonko.

What do you think is the secret to Igathe’s career successes? Take this poll.

Jayne Kihara Explains What Happened in That Viral Video She’s Seen Voting Twice < Previous
Ruto Ahead of Raila in New Opinion Poll Next >
Recommended stories you may like: