The Head of State said Kenya Defence Forces (KDF) capabilities are not only anchored on advanced military hardware but also in its professional personnel.

The President, who is also the Commander-in-Chief of the Kenya Defence Forces, spoke on Thursday at the Kenya Air Force Laikipia Air Base in Nanyuki where he commissioned KDF’s Aviation Centre of Excellence (ACE).

ACE is a state-of-the-art military training facility for Kenya Air Force pilots and technical personnel developed by KDF as part of the ongoing modernisation of Kenya’s defence and security capabilities.

“This academy shows that our focus is not on hardware alone. Any modern and progressive military must lay emphasis on quality training, which is a critical force multiplier for mission attainment,” President Kenyatta said.

He said the acquisition of modern training aircraft and the establishment of the Aviation Centre of Excellence will assist KDF and other government agencies in creating a pool of skilled professionals to undertake varied aviation operations.

“I challenge the Centre to tap into the East African Community and beyond by way of offering aviation training. This should not be limited to security sector actors but should be extended to civilian entities such as Kenya Airways and other airlines, who are also in critical need of highly qualified aviators,” the President said.

“These efforts will ensure that our defence forces are well-equipped to fulfill their constitutional mandate of guaranteeing national security. Moreover, these enhanced capabilities will extend Kenya’s ability to support disaster mitigation efforts in Kenya and regionally,” he said.

Once again, President Kenyatta underscored the importance of security to the country’s socio-economic transformation.

“Indeed, it (security) is the foundation of our sovereignty, our freedom, our democracy, and the guarantor of our way of life. And for that, we owe security forces an immense debt of gratitude.

“Therefore, over the nine years that I have been privileged to serve as your Commander-in-Chief, we have implemented security sector reforms that have delivered improved capability, agility, and welfare of our Armed Forces,” he said.

“We are immensely proud of all those who serve on the front lines in various missions and operations, especially our wounded warriors who bear the scars, seen and unseen of service to our Republic,” the President commended Kenyan soldiers.

In recognition of the immense sacrifices made by the country’s security forces, the President urged parliament to hasten the passage of the veterans bill.

In his remarks, Defence CS Eugene Wamalwa said KDF was abreast with the latest technologies adding that his ministry was satisfied with the progress made in the modernisation of the defence forces.

Mr Wamalwa said KDF’s Aviation Centre of Excellence had brought new technologies to the fore and enhanced training of military pilots and other technical personnel.

Chief of Defence Forces General Robert Kibochi thanked President Kenyatta for the Government’s sustained investment in the military noting that the newly commissioned Aviation Centre of Excellence will help in lowering the cost of training military aviators. 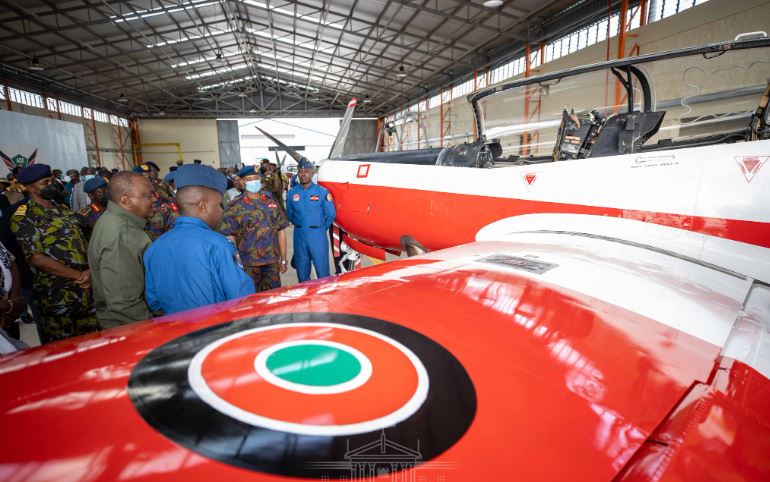 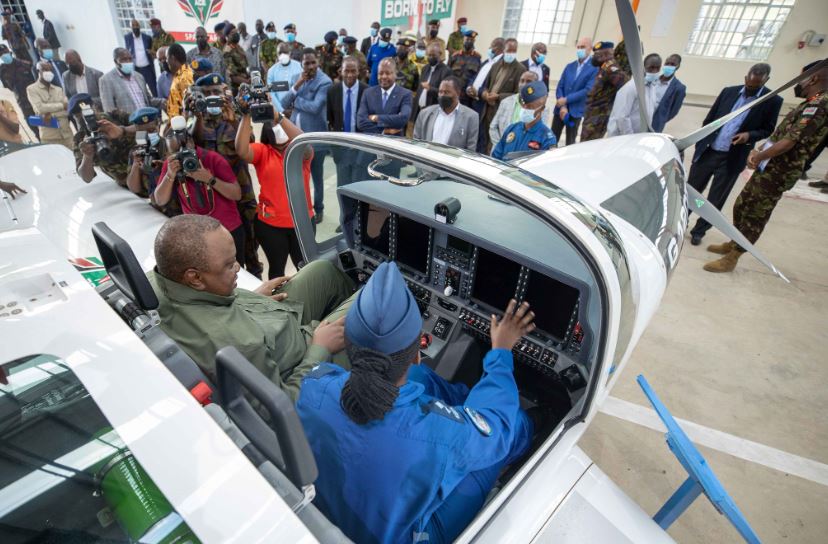 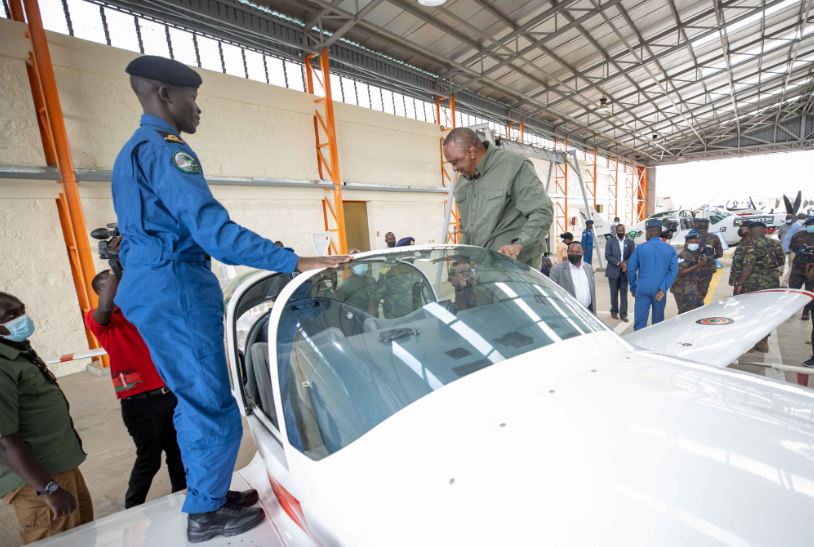 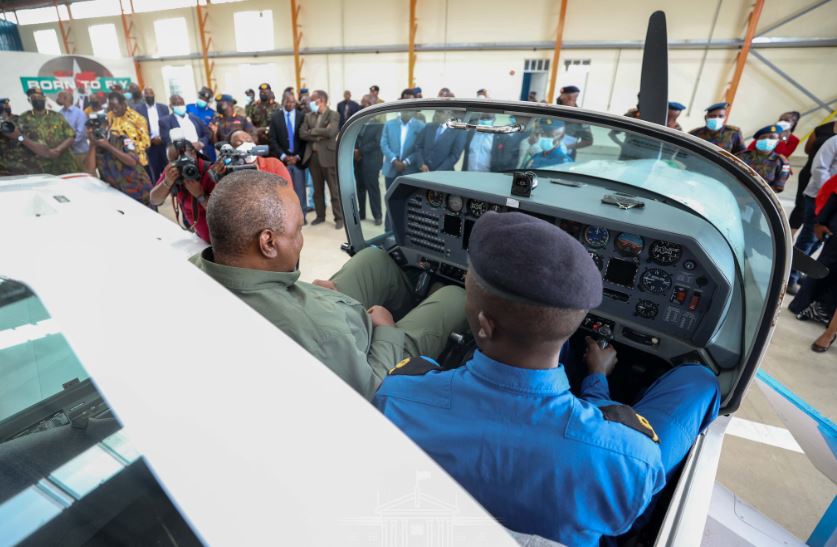 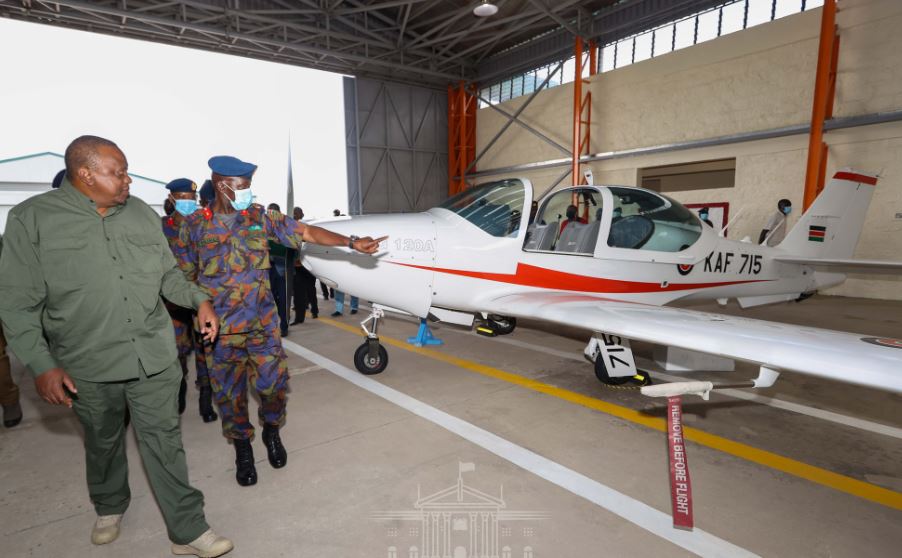 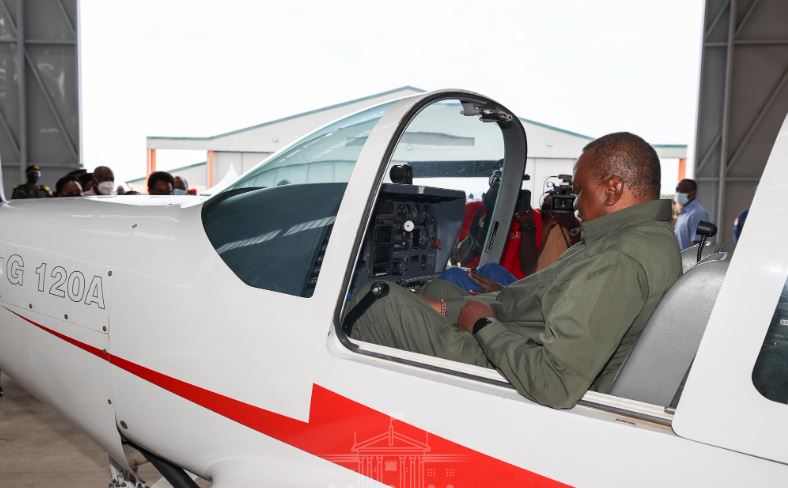 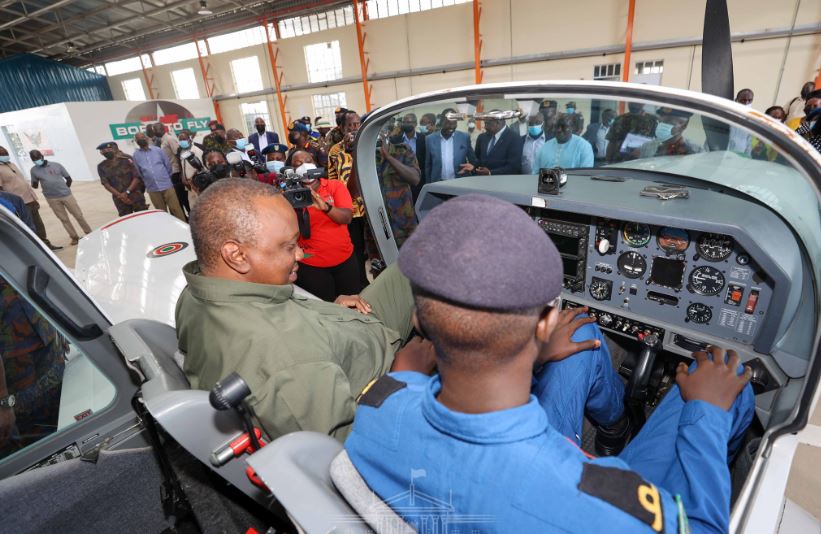 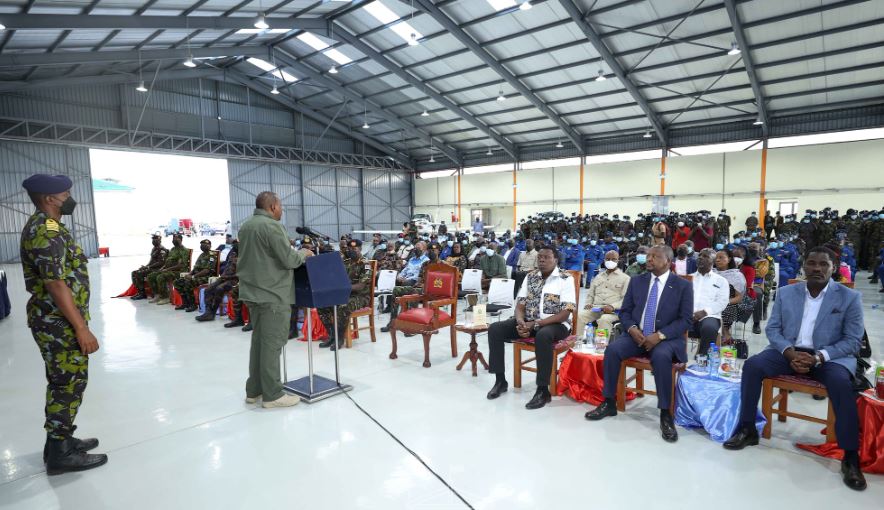 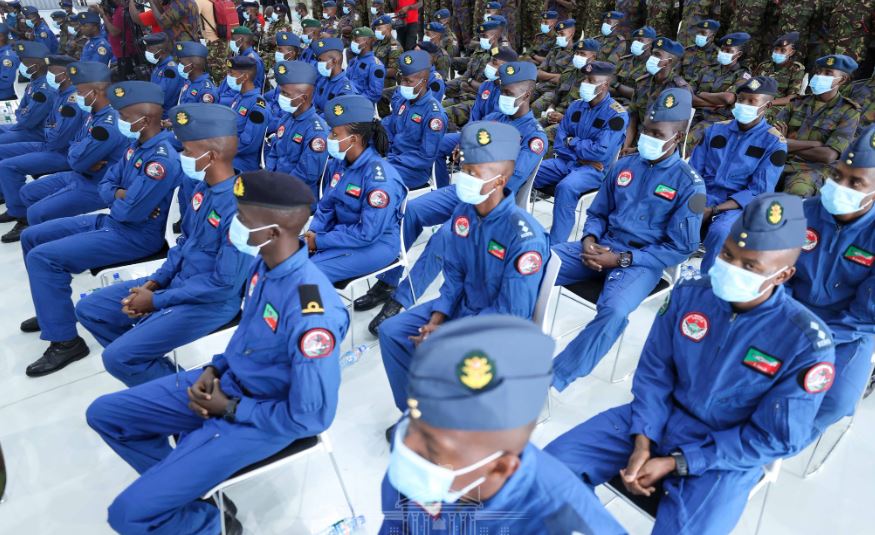 PHOTOS of the Ultra-modern KDF Regional Hospital < Previous
Will Kenya Implement A Single-Use Plastic Ban? Next >
Recommended stories you may like: