My Story: My Grandfather Raped Me, My Mother Turned a Blind Eye 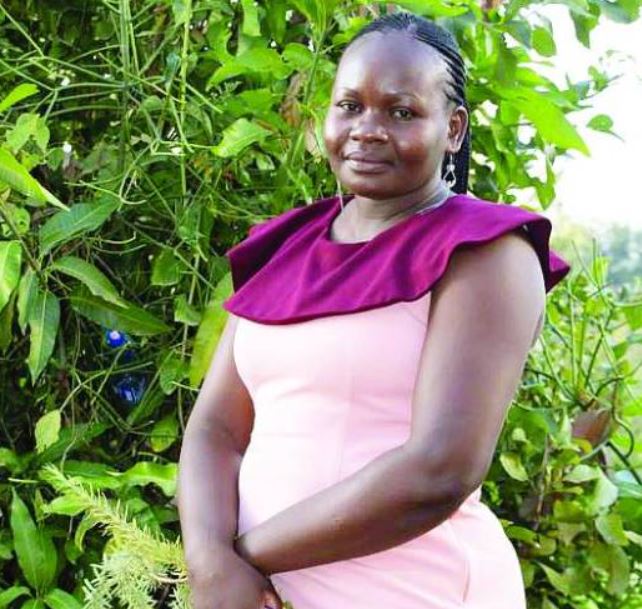 Caroline Chagaya narrates her ordeal living in a family where she was sexually abused by her step-grandfather and told her mother who did nothing.

Tell us about your childhood

My name is Caroline Chagaya, born and raised in Vihiga County. I’m the firstborn in our family. When I was about five years old my mother separated with my biological father and remarried.

At first, things were okay until when my mother got a baby. I was forced out of school to become a nanny to my younger sister. During meal times, my mother sent us to our step grandmothers’ house to eat. It’s here that my step-grandfather took advantage of me. He used to gift me sweets and mandazi, and I innocently liked him, not knowing he had ill motives.

Did you tell your mum?

I did, but she brushed me off by saying that the old man couldn’t do such an evil thing. After some time, the old man defiled me. I was terrified and told my mother but again, she cowardly silenced me and warned me never to reveal it to anyone.

The incident happened for the second time and this time I went with fluids on my thighs but my mother said: “Go and wash off that mucus and be quiet about what happened.”

Did anyone else find out about this abuse?

After the old man abused me the second time, he became brazen about it. He would wait when my step-grandmother was away then grab me and rape me. One day, his last-born daughter caught him red-handed when he was on top of me. But surprisingly, she did nothing, yet she had a daughter who was about my age.

She just watched and walked off leaving me to painfully struggle with her father to get off me.

How was your relationship with her thereafter?

She also turned out to be abusive to me. She would tie me to a bed and insert sticks in my private parts, telling me to go back where I came from. She would forcefully take me to places where there were boys so that I could be sexually assaulted.

What a horrifying life. How did you escape all this?

I was caught at a neighbour’s shamba stealing sugar cane. I had spent days without meals. The owner caught me with a friend, so we decided to escape to avoid punishment. We went to her grandparents’ kilometres away.

How did you unite with your dad?

While at my friend’s grandparents’ home, her grandmother asked me about my family. Luckily I could remember my dad’s name, and she knew the family. The following day, her granny took me there and I was reunited with my paternal family and a new chapter of my life began.

How did things turn around?

Things were so much better – I was enrolled back to school and life was promising until when I was in Form Two, that’s when things fell apart again.

We lost a family member who was in the army. A day before his burial, his colleagues came to bid farewell. I don’t know what happened but I woke up on my bother’s bed in excruciating pain.

Did you know that you had been abused?

No, I came to learn after three months when I heard my grandmother telling my aunt that I was expectant. I was furious because I had vowed never to have a boyfriend and I didn’t have one.

I denied being pregnant and was taken to the hospital for a test which came out positive.

How did you feel about this?

I was so shocked! I attempted suicide three times. That’s when my stepbrother revealed to me that one of his friends had spiked my drink and raped me. I was shattered. My family hated me. I dropped out of school. Six months after giving birth, I was married off to a very violent man. I walked away from that marriage.

I forgive them all those people who abused me and hurt me,  but father of my child has no right to be called a father.

Hustle: I Run JD Trendy Menswear Store While Holding Office Job and Pursuing PhD < Previous
Everything You Need To Know About Chicken Farming Next >
Recommended stories you may like: