My Saudi Arabia Story – I Used to Babysit Lambs, Change Their Diapers. It was Traumatising 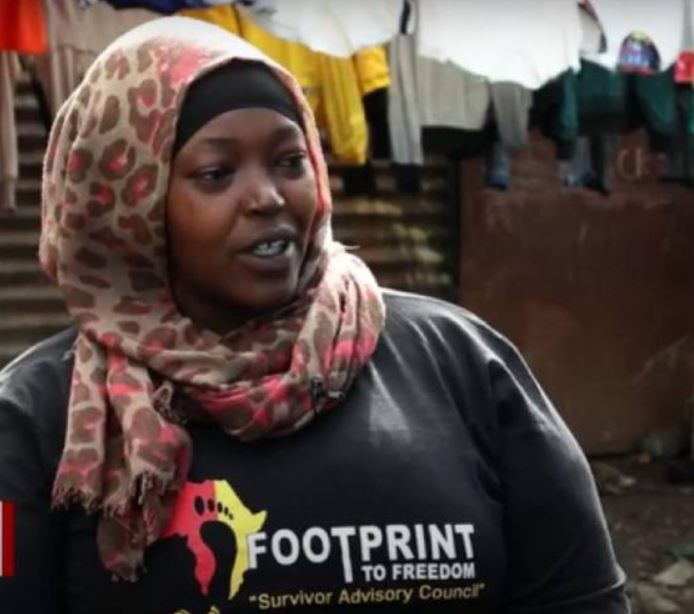 Fatma Wambui left Kenya for Saudi for greener pastures but she came back home traumatised and broke. She narrates her ordeal in the Gulf and how she managed to escape.

How did you end up in Saudi Arabia?

I was running a business that was not doing so well. Travelling to Saudi Arabia was the only best option for me at that time. My friend connected me with an agent who was recruiting people to work in Saudi in 2011 and that is how I ended up in the Gulf.

What attracted me the most was the starting salary which ranged between Sh35,000 and Sh50,000. More so, the whole process was free. We didn’t pay for the training and the airfare was also taken care of. I was desperate so this was such a great opportunity for me.

What criteria was used to determine whether you were a good fit for the job?

They mainly focused on the willingness to travel to Saudi and a Form Four certificate. I was to work as a house help.

How was the reception in Saudi?

The person I was supposed to work for wasn’t the one that picked me up from the airport. I tried to make a follow up from the agent back in Kenya but they told me to work with whoever took me in and that’s how my misery started. When I left Kenya, I was told I was going to work with a newly wedded couple that didn’t have children yet. Things were totally different. I was taken to a home where there were so many children and adults. It was an extended family living under the same roof. There was no time for resting.

The majority of gulf survivors complain of brutality and sexual harassment, did you experience any of it?

That’s a common theme there. Few individuals are lucky to get good bosses. Most people end up with really bad bosses. Male bosses and their sons demand sexual favours. I can for sure attest to how traumatising it was.

If you happen to go against their wish,  the threats are grievous and sometimes you just give in. The worst part is that you are viewed as a soulless slave who has no feelings like any other human being. You are expected to yield to other demands without raising any questions.

The women are also never receptive to any form of complaints. Telling them their husbands are demanding sex from you is like writing your own death wish.  At one time, the entire family ganged against me and the only way I could save my life was to fight back as I looked for an exit. I ended in a police station but luckily, the officer I got was a bit educated and they handled the matter so maturely and fairly.

After the matter was solved, I was moved to another house where things worsened. I literally moved from the frying pan to the fire. The lady had a baby whom I was tasked to handle like my own. I was told to take care of the child as if it was mine and on top of this, I was still expected to run the house.

One day, I asked my boss to employ another house help to ease the burden but unfortunately, the response I got was a hard slap. I had to take off and again the situation got worse.

Where did you move to?

I ended up on the streets as a fugitive, and that meant that I could get jobs elsewhere but I had no power of bargaining on what to be paid. So, in that process, I went door to door in search of a job and that’s when I happened to get another family that took me in.

Since I didn’t have my documents I had no option other than to accept their terms and conditions. I worked there for a while then I was relocated to their village.

There, I was to take care of four children. Each of them had a lamb and my job was to take care of the lambs too. What was shocking is that everything I did for the children, I had to do for the lambs too. The lambs wore diapers which had to be changed every once in a while. They were also being bottle-fed and they had their own routines which I had to follow to the letter. That was quite traumatising.

Did you quit or you were sacked?

After a month, we travelled back to the town. So, when we got back, I had already made up my mind. I wanted to come back home. So a day after, I decided to step out without habaya (Islamic dress). I got arrested, taken to jail and then deported a week later.

What would you tell women who are still travelling to Gulf countries in search of greener pastures?

Slavery is real. However hard our country might be, let’s stay here and create our own jobs. Kenya is our motherland and no mother will ever think of killing or mistreating her own children.

Why We Started French Eyewear Brand ‘Mamy Eyewear’ in Nairobi < Previous
How I Became a Superintendent at SGR Dispatch Centre Next >
Recommended stories you may like: