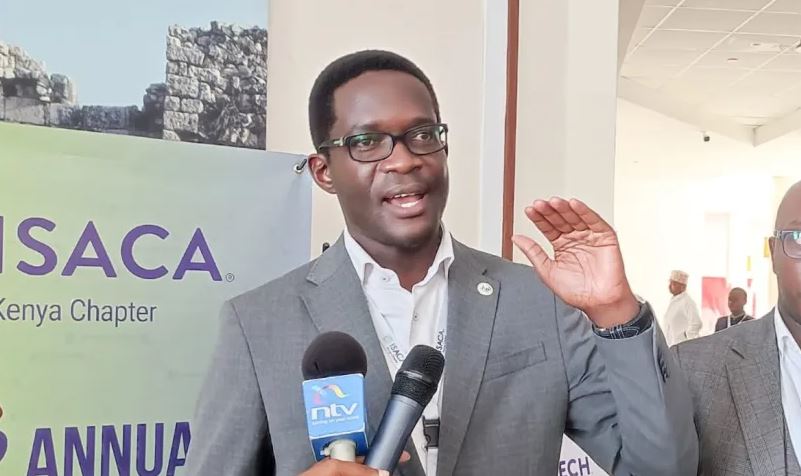 The government has once again resorted to issuing threats in a bid to get Kenyans on board with their plans.

This time around it is the Communications Authority (CA) that has left Kenyans worked up after setting a cash penalty or jail term for those who fail to register their SIM cards by the April 15 deadline.

CA Director General Ezra Chiloba said those in possession of unregistered SIM cards after the deadline would face fines of up to Sh300,000 or serve a jail term of six months or both.

“There would be no extension so those still dragging their feet should wake up to the reality and register with their respective telecom service providers or face permanent deactivation,” Chiloba said.

“We want before the end of April all the networks to be cleaned up by deactivating all unregistered and improperly registered SIM cards from the networks.”

Those who are likely to be affected by the mass switch off include those who registered their SIM cards between 2002 and 2015.

The penalty imposed by Chiloba has sparked wild reactions from the Kenyan online community. The majority appeared unfazed by the threat arguing that they have faced previous threats from the government that didn’t amount to anything.

Below we have compiled some reactions from Kenyans on Twitter.

Ezra Chiloba sat somewhere and said if you don’t add your photo to your SIM card registration, he will fine you KES 300,000 BUT those use sim cards to scam our folks are walking free. Kenya is a crime scene. This Impunity needs to end.

Ezra Chiloba; those who will not update their SIM cards and give their bio-data by April 15th will face 6 months jail term.

Why is CAK @CA_Kenya‘s Ezra Chiloba threatening to fine Kenyans who would have not updated their lines upto ksh 300,000 @Safaricom_Care ,@AIRTEL_KE @TelkomCare_Ke why can’t you offer civic education to Kenyans and elaborate on the importance of the so called simcard Updates?

Ezra Chiloba says those who will not update their sim cards will be fined or arrested. If they are able to identify and arrest an unregistered person then what exactly are we going to update?

Chiloba ako na audacity. Such fines because a person can’t and won’t update a their sim card. Mind you there Kenyans who can’t afford a single meal a day and all this government cares about is Kenyans updating our sim cards🚮 kwendeni huko

Who comes up with this laws? What if you’re not in the country or in a hospital bed recovering? Why does our government love threatening citizens while stealing and wasting our taxes? Kenyans were murdered by police for not wearing masks. Next, sim card murders? @ezraCHILOBA pic.twitter.com/dnMs5WGeqW

Dear Chiloba we pull doors written push and push those written pull, Sell plots written ‘this plot is not for sale’, We even don’t use opener to open soda. We even won’t use a chaser the coming weekend. We even don’t have huduma number. Who are you? pic.twitter.com/QApnAIxQEq

Somebody tell Chiloba he’s dealing with adults not children. You don’t get to threaten Kenyans. What if they all decide to boycott safaricom?

Fred Matiang’i said if we don’t register for Huduma Namba we won’t be considered as Kenyans.

Mutahi Kagwe said if we don’t take Vaccine we will not get government services.

Ezra Chiloba is now saying that if we don’t register our simcards we will be fined 300k.

I was planning to reregister my sim, but since this clown has started issuing threats, I’ll not bow down. Chiloba call polis😏. https://t.co/lRCze53ue0

Why is Uhuru’s Government is all about Data collection?
Huduma Number came and failed, Party membership was online now it’s almost invalidated, Ezra Chiloba now wants simcards freshly updated. Why is the Government so interested in our biodata?

6 months in jail for failing to register a simcard? You are not saying sthg bwana Chiloba https://t.co/0wLA6csN51 pic.twitter.com/OGrdo91oC2

Detectives Allege Cover-up in Death of Form One Student Ebby Noelle Samuel < Previous
All The Trending Memes and Tweets This Friday Next >
Recommended stories you may like: