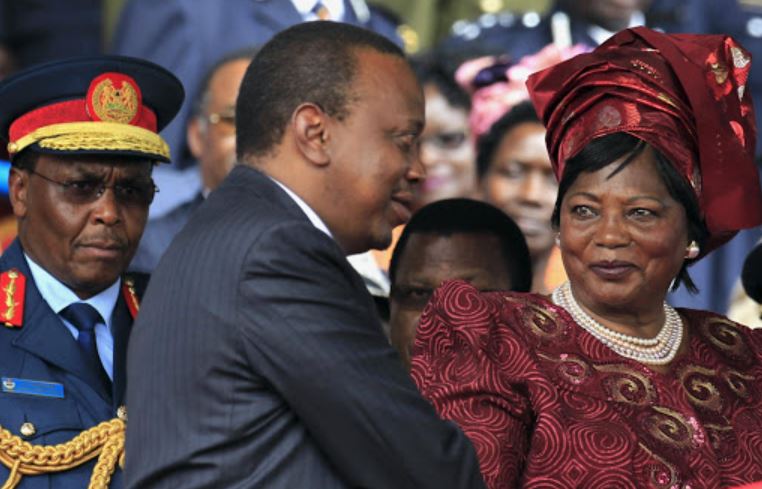 Former First Lady Ngina Kenyatta has voiced her opinion about the hotly debated fallout between President Uhuru Kenyatta and his Deputy William Ruto.

Speaking in Gatundu, Kiambu County on Tuesday, March 22, Mama Ngina claimed Ruto abdicated his constitutional role as the principal assistant to the President. She mentioned that the DP disrespected Uhuru.

“He (President Uhuru Kenyatta) had no ill will, but if your junior shows you disrespect, you don’t bother, you just continue moving forward. The direction which he(Uhuru) is showing you, follow it,” she said.

Mama Ngina also defended her son against critics of his leadership style saying Uhuru always has the interests of the country and the people at heart.

“Depending on how one is raised up, that is the exact same behaviour they will carry with them. If you were not taught to go insulting people, then you will not do it. I want to tell those who are engaging in insults that we will leave them like that, if at all they were taught insults while growing up, that is up to them,” she said.

“Let’s try to love each other, this country is ours and we should strive to move it forward. Your leader cannot show you the wrong path,” she said.

“Let me tell you, you must know that the person who is sited under a tree is the one who knows what the insects around there are eating.”