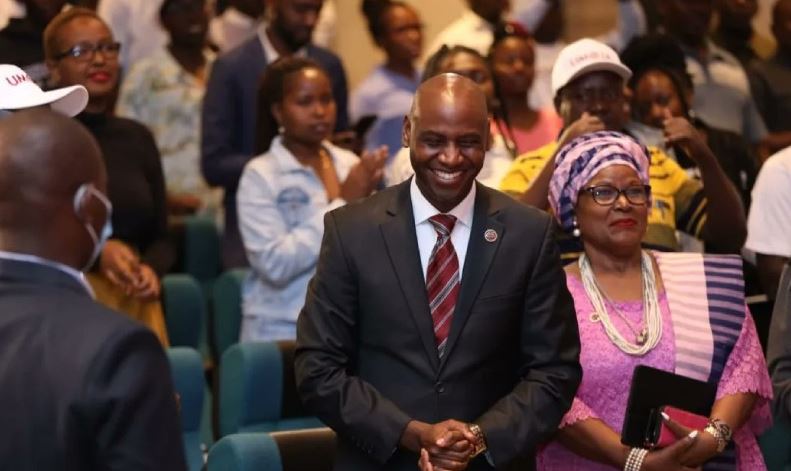 The former Kiss 100 radio presenter was endorsed for presidency by the Umoja Summit party at the National Delegates Convention (NDC) held at a Nairobi hotel in Westlands on Saturday, March 19.

Mong’are noted he had drawn inspiration to run for the top seat from Ukraine President Volodymyr Zelenskyy.

Just like Nyambane, the Ukrainian leader is a former actor and comedian. Nyambane is famously known for his imitation of the late former President Daniel Moi.

“For a moment, he [Zelenskyy] imitated the president and he became one. I imitated the President and I, too, am becoming one. As Umoja Summit, we shall continue to speak with one voice, because this is our land, country, and moment together,” said Monga’re at the NDC. 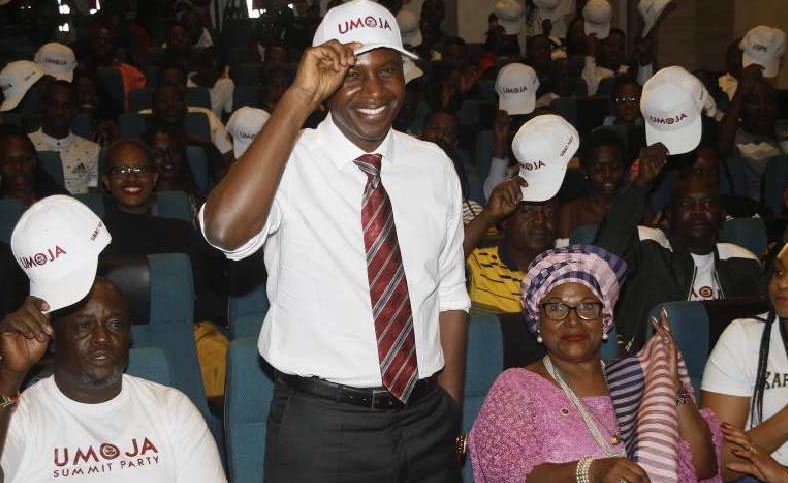 “The General Election is on August 9. As a country, we have a new dawn. We shall not use sunroofs or stand on top of lorries and trucks to lecture the youth or dish out money. We shall have a sit-down and listen to them for their voices to influence the decisions we are making.  We shall not be making promises but giving them our commitment,” ‘Nyambane’  said.

The former Director of Youth and Development in the Office of the President urged the youth to take up an active role in politics.

“The youth, who for a large percentage of the population, hasn’t been accorded the opportunity to be in the table to influence policy that matters… Your thoughts, dreams, and plans will decide the direction it takes.”

Mong’are at the same time dismissed the narrative that the presidential race is a two-horse race between Raila Odinga and William Ruto.

“We believe that we are not late into the race for the presidency. Our symbol is a pot because we are cooking great things for Kenya and thank like-minded individuals who have joined us from other parties.”

CRAZY – The Funny Memes Going Viral on Social Media < Previous
I’ll Concede Defeat to Ruto if Elections are Fair, says Raila Odinga Next >
Recommended stories you may like: