Sharon Otieno and her Baby Had no Chance of Survival, Court Told 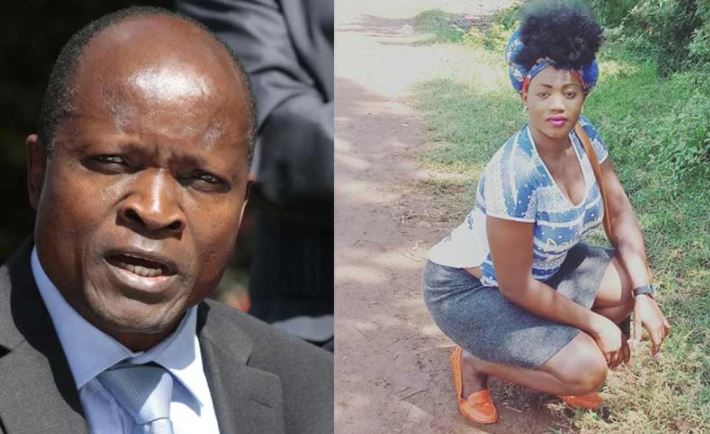 Sharon Otieno and her unborn baby had no chance of survival.

The court heard this when the murder case against Migori Governor Okoth Obado resumed on Wednesday.

Doctor Samson Makokha told the court that Sharon lost a lot of blood after she was stabbed and her body discovered several hours later.

The witness testified that Sharon’s unborn baby, fathered by Governor Obado, could not have survived as he had been also stabbed in the abdomen.

The court heard the baby may have lost oxygen and blood as his mother was dead and was discovered about 14 hours later.

The medical practitioner opined that if Sharon had been discovered earlier and immediate intervention observed,  the baby had a slight chance of survival.

During the hearing, Migori County Secretary Christopher Odhiambo Rusana testified that Obado’s co-accused, Michael Oyamo and Casper Obiero, were employed in 2013 and 2018 respectively.

Oyamo was employed as a personal assistant to the governor while Obiero was a clerical officer, they are still County officials.

Major Water Outage Announced in These Nairobi Areas < Previous
Three Gangsters Gunned Down While Robbing Undercover Cop in Kahawa West Next >
Recommended stories you may like: