A new opinion poll focusing on Nairobi county has been released.

The poll, conducted by Centre for African Progress (CAP), sought to find out who are the most popular candidates for various seats in the city, among them governor, senator and select parliamentary races.

Businesswoman Agnes Kagure was found to be leading the crowded race with a healthy margin.

38% of respondents said that if elections were held today, they would vote for Kagure. Coming second was Bishop Margaret Wanjiru with 25%, followed by Tim Wanyonyi with 11%.

Incumbent governor Ann Kananu, is dead last with just 1% support. This is perhaps easily explained by the fact that the same poll found that 92% of Nairobi residents think that the county is headed in the wrong direction, versus only 6% who believe it is heading in the right direction. 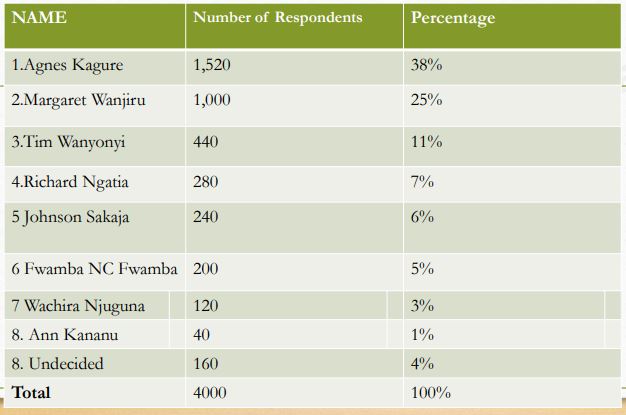 It is looking particularly good for Azimio candidates, with their collective percentages exceeding 50%. That means that should they agree to support one of their own, they might find it smooth sailing as they compete with whoever the Kenya Kwanza coalition decides.

This latest poll presents more good news for Kagure, whose support has risen considerably in just a couple of months. A similar poll conducted in January by the same company found that Kagure had 27% support. This therefore represents an 11 point upward movement.

In a hypothetical match-up between Agnes Kagure and Margaret Wanjiru, the businesswoman trounces the bishop 52% to 43%.  Not even the 5% undecided would bridge Wanjiru’s deficit. 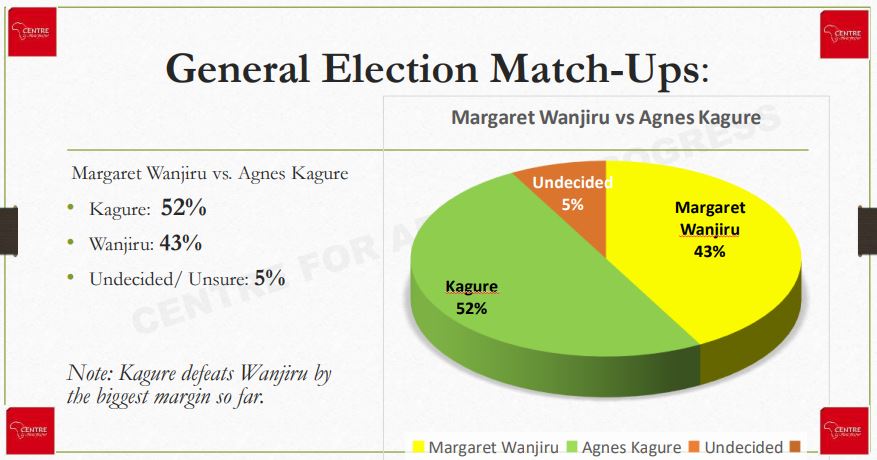 This is an improvement from the January poll, which saw Kagure beating Wanjiru 49% to 43%.

The difference is even more profound when Kagure is matched-up with Senator Johnson Sakaja. The poll found that she would sweep the floor with him, garnering 60% of the vote if elections were held today. 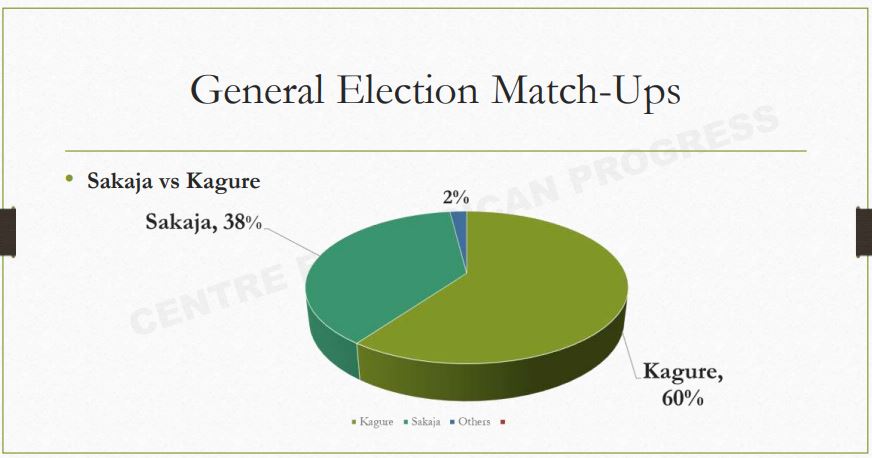 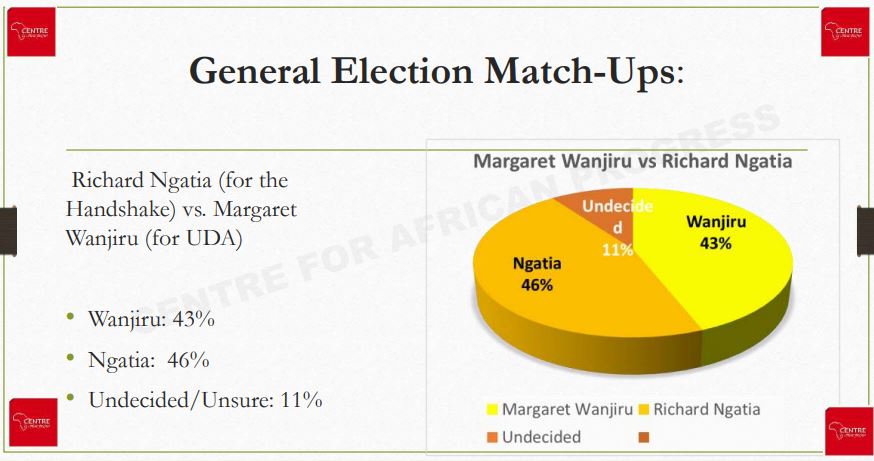 However, it would be good news for Wanjiru if she ended up facing Westlands MP Tim Wanyonyi. She beats him 54% to 41%. 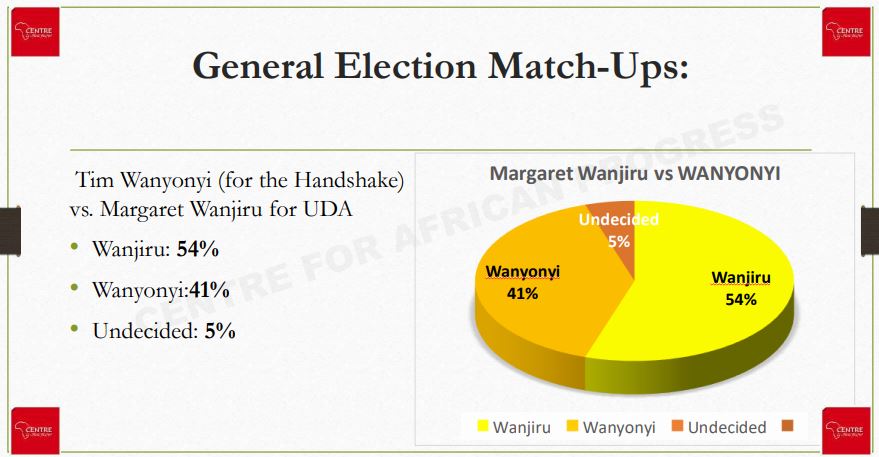 In the senator race, UDA’s Karen Nyamu was found to be the most popular candidate, enjoying a comfortable lead against ODM’s Edwin Sifuna. She has 40% support, vs Sifuna’s 26%. 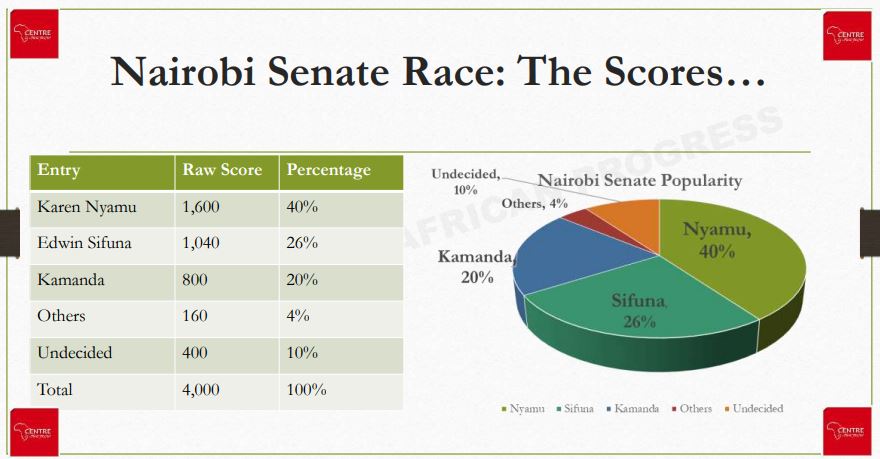 Another race covered in the poll is the Starehe parliamentary seat, where Jaguar (38%) leads Simon Mbugua (33%).

The poll was conducted between March 26 and 29th, and had a sample size of 4000 registered voters.

Why Wanjigi Doesn’t Check His Bank Account Balance < Previous
President Uhuru Welcomes DRC To The EAC Next >
Recommended stories you may like: