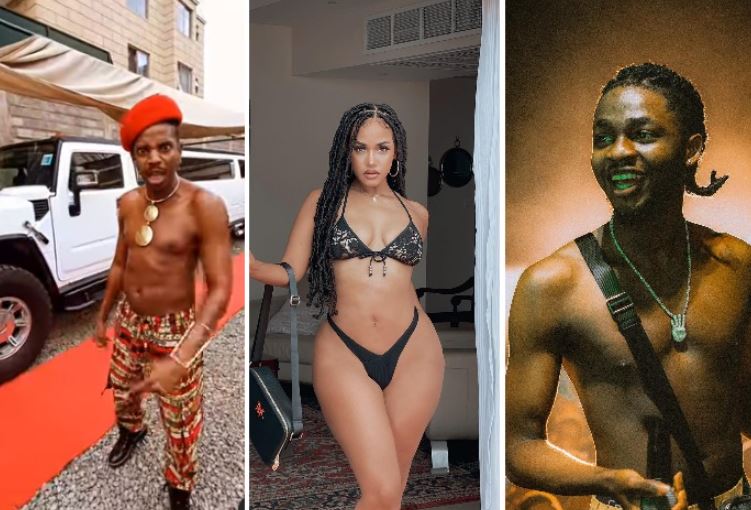 Comedian Eric Omondi has called out Nigerian hitmaker Omah Lay for failing to work with his rumoured girlfriend Tanasha Donna on a song.

Omondi said it was unacceptable for Omah Lay to come to Kenya for over two weeks and leave without collaborating with Tanasha.

According to Omondi, Omah Lay and Tanasha spent time together at a hotel in Mombasa but nothing came out of it.

The comedian claimed the ‘Understand’ hitmaker used his earnings from his shows in Kenya to collaborate with Justin Bieber on their song ‘Attention’.

“Omah Lay was here and he went and paid for a collabo with Justin Bieber with our money. He didn’t even do a collabo with his girlfriend Tanasha Donna. They spent two weeks in Mombasa without doing a collabo yet there are many studios in Mombasa,” Eric claimed.

“Where is the value for our money?” the comedian posed.

Omondi’s rant is of course part of his sustained campaign advocating for the interests of local music acts.

In addition to demanding 75% local content airplay, Omondi has been pushing promoters and event organisers to prioritise local acts over foreign ones.

Audrey Bradford: Wiki, Bio, Boyfriend.. Everything About The Famous Model < Previous
Anerlisa Muigai Reacts to Keroche Breweries Shutdown Next >
Recommended stories you may like: