Napoli Saves its Place in the Tournament Table

The other day, several matches of the 27th round of the Italian Serie A took place. Among the leaders are Milan and Napoli. For a while, “azzurri” managed to climb to the top, defeating Lazio. The results of the final Sunday game, as well as other information, are available at the today livesoccer section.

The Neapolitans hoped to compete for first place in the standings, and the Romans – to get close to the Champions League zone. The match turned out to be intense, but I would like more goals.

The main stars of the meeting were the authors of effective strikes:

As a result of the match, Napoli rose to first place. There are 11 more rounds ahead, and fans do not lose hope that their favorites will become Italian champions for the first time since 1990. Moreover, the main competitors cannot boast of stable results, so Napoli have good chances.

Lazio is in the 7th place with 43 points, and the team is separated by seven points from the desired position. Despite the presence of the best striker of recent years, Ciro Immobile, the club’s plans for the season may not be feasible. You can follow the development of events and support your favourites today, and livesoccer results will help you with this. Victory is necessary, because the main goal may slip out of hands.

Number of matches and their impact on teams’ performance

The difficulty in predicting the results of games in the championship is due to the fact that the number of matches between teams is different. The cancellation of dozens of games doesn’t allow a full assessment of the current chances of some of the leaders. The situation in the Italian Serie A table is subject to change, which in some cases significantly affects the distribution of places. 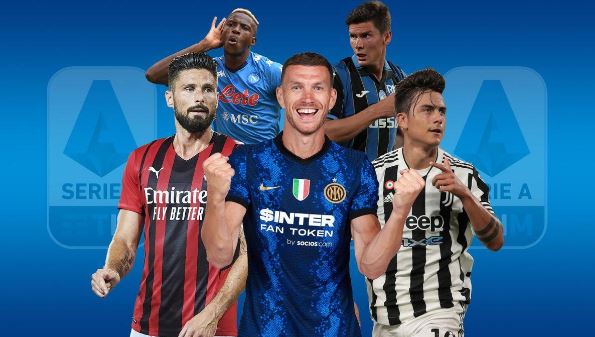 The main leaders (Napoli, Milan, Inter) are in an unstable position. The Nerazzurri have every chance of taking the first place, because they haven’t yet played an away match against Bologna. It was supposed to take place in January, but was postponed due to various reasons.

The situation with the fourth place is similar, because it is a pass to the Champions League. At the moment, it is confidently occupied by Juventus, but Atalanta may well win back six points from the Bianco-Neri. Both teams are strong enough to compete for this place. The situation in the Italian Serie A and the tournament table is still unclear.

Last Chance: Millions Have Already Been Healed at Pastor Chris’ Healing Streams Session < Previous
UEFA Champions League Quarter-Final and Semi-Final Draw: All You Need To Know Next >
Recommended stories you may like: