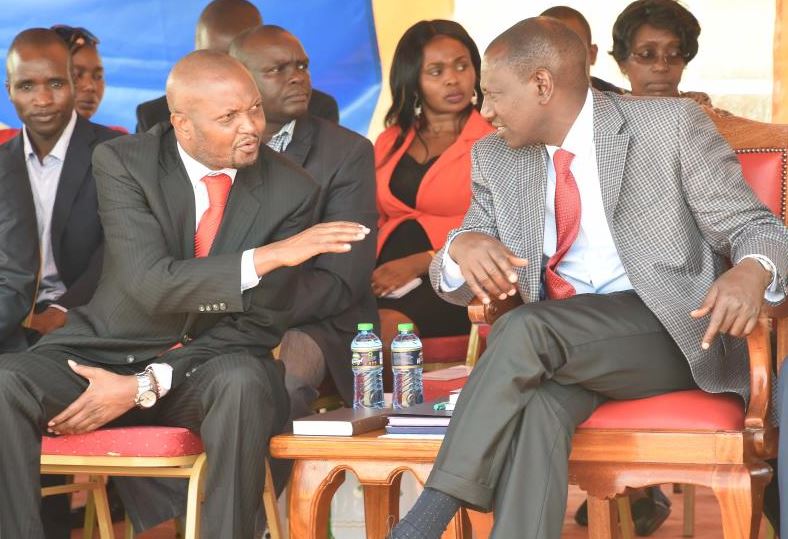 Kuria, who recently ruled out joining forces with Raila’s Azimio, revealed the new developments on his Facebook page, Friday morning. He said that his party, Chama Cha Kazi, as well as 21 other parties are in early talks with Kenya Kwanza.

“This is to inform Kenyans that Chama Cha Kazi Party and 21 other political parties are in early talks with the Kenya Kwanza Alliance that will lead to a very broad based grand coalition that will deliver the nation to peace and prosperity. Details to follow,” he posted.

Kuria was initially a strong supporter of the Deputy President, but it appeared as if there was a falling out last year over talk of dissolution of individual parties. He then went on to keep everyone guessing, and there was speculation that he was warming up to Raila Odinga.

However, that door was shut last week when he said that as long as he was alive, Azimio was not an option.

Last month, Kuria’s CCK party scheduled its National Delegates Conference on the same date as UDA’s, which raised suspictions that he was back in the Ruto camp.

Kenya Unable To Export Tea To Russia After Maersk Halts Shipping < Previous
Meet Hairstylist and ‘Zora’ Actress Melissa Lesilale Next >
Recommended stories you may like: