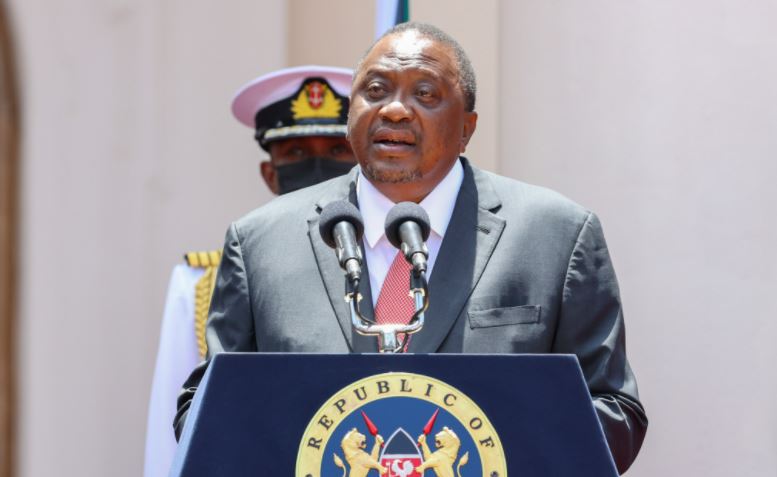 President Uhuru Kenyatta has called on the international community to lift sanctions against Zimbabwe saying the restrictions were hurting the Southern Africa nation.

The President termed the sanctions as illegal and assured Zimbabwe of Kenya’s continued advocacy to ensure that the restrictions are lifted.

“And this we consider to be unfair for these hardships were artificially created and we continue to call on the international community to remove these illegal sanctions,” the President said.

President Kenyatta spoke on Wednesday afternoon at State House, Nairobi during a joint press briefing with his visiting Zimbabwe counterpart Emmerson Mnangagwa shortly after the two Heads of State led their respective delegations in bilateral talks. 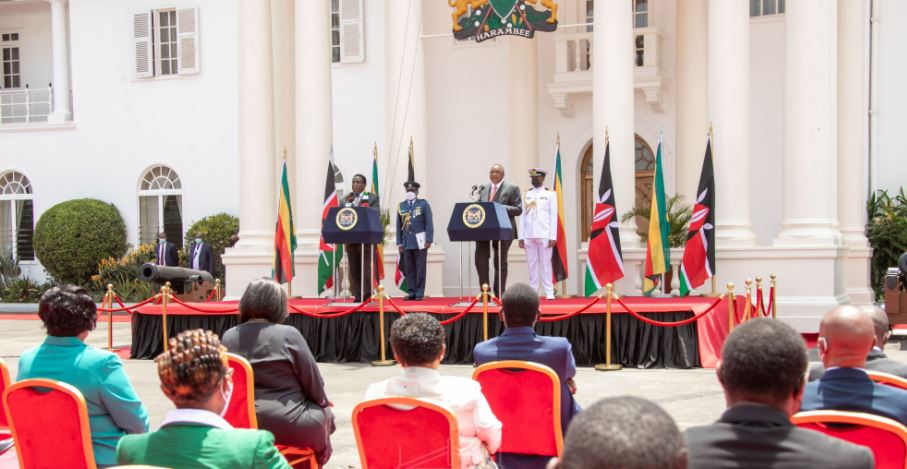 During the talks, Kenya and Zimbabwe signed seven bilateral agreements, all memoranda of understanding (MOU) on political and diplomatic consultations; tourism and wildlife conservation; and civil aircraft accidents and serious incidents investigations.

Others were on women empowerment and community development; youth affairs; cooperatives; and sports and recreation activities.

President Kenyatta said the agreements will enable Kenya and Zimbabwe to cooperate in addressing challenges facing them, particularly youth unemployment.

He pointed out that the signing of the agreement on women empowerment was particularly since it was entered into, a day after yesterday’s International Women’s Day national celebrations during which Kenya re-dedicated herself to the attainment of her ambitions gender goals.

“This MoU will go a long way in realizing this important development agenda. It seeks to promote a closer working relationship between our two countries in achieving the shared vision of women empowerment and community development, and also facilitate the sharing of knowledge, strategies and technology for our women,” President Kenyatta said.

The President noted that his Zimbabwean counterpart’s visit had not only renewed the two nations’ friendship and brotherly ties but also re-invigorated the strong historical relations that exists between the African states.

“The friendship between our two countries and peoples goes back to the days before independence, with many people from the Shona community who are now recognized and regularized as Kenyan citizens, settled in our country in 1960,” the President said.

On multilateral cooperation, President Kenyatta congratulated Zimbabwe on its recent election into the African Union Peace and Security Council and assured President Mnangagwa of Kenya’s strong backing during his country’s two-year tenure.

On his part, President Mnangagwa reiterated his Kenyan counterpart’s call on the international community to lift sanctions placed upon his country terming the restrictions as unilateral.

The Zimbabwe Head of State said his visit to Kenya was aimed at deepening the strong and historical bilateral relations between Nairobi and Harare.

“My visit to Kenya is aimed at consolidating our relations by refocusing our cooperation to increase bilateral trade, investment, tourism, transport, science and technology and innovation among other aspects such as defense and security matters,” President Mnangagwa said. 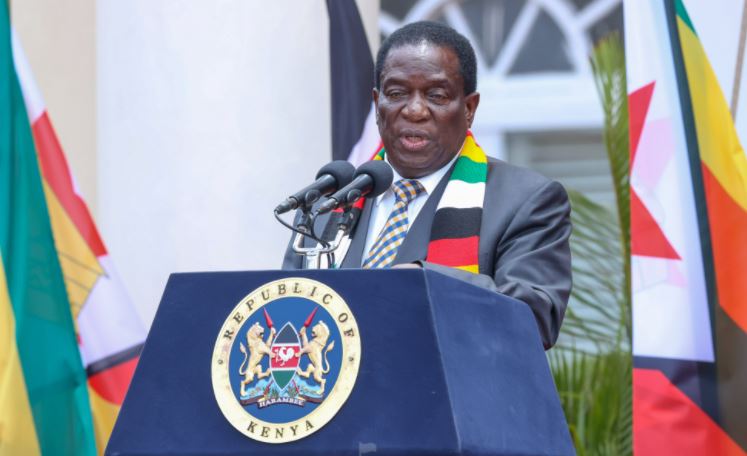 He said unity of purpose would help Kenya and Zimbabwe to effectively deal with emerging challenges such as terrorism and the Covid-19 pandemic.

“We affirmed the need for cooperation with bilateral commitment at global levels to deal with pandemics of this nature now and in the future. Both Zimbabwe and Kenya are committed to enhancing cooperation towards mitigating the adverse effects of climate change and other environmental issues,” the Zimbabwean leader said.

At the bilateral meeting, Zimbabwe donated to Kenya 100 metric tonnes of medical oxygen to boost the fight against Covid-19.

Earlier, President Mnangagwa, who arrived in the country on Tuesday evening, was received at State House, Nairobi by President Kenyatta in an elaborate state reception that included a guard of honor mounted by the Kenya Air Force and a 21-gun-salute. 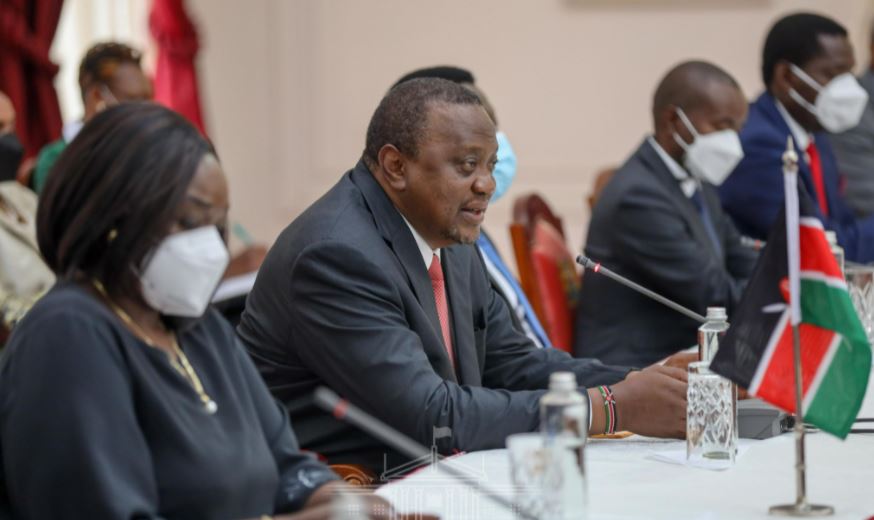 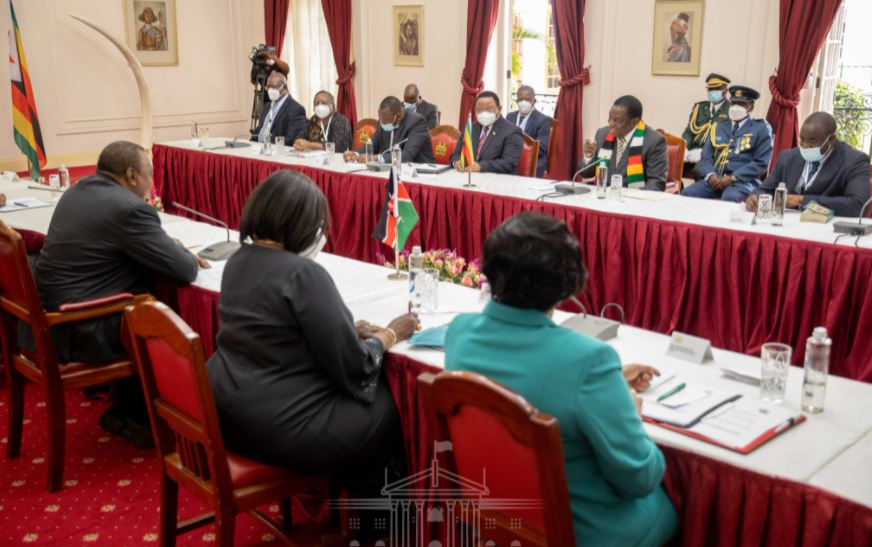 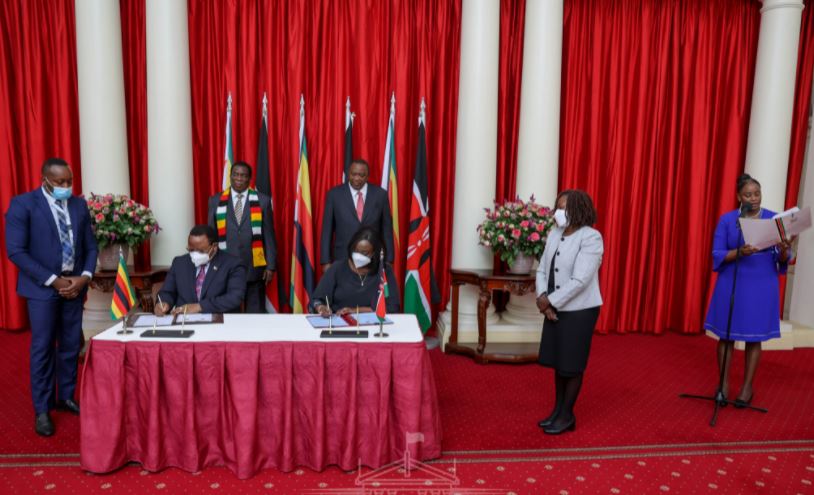 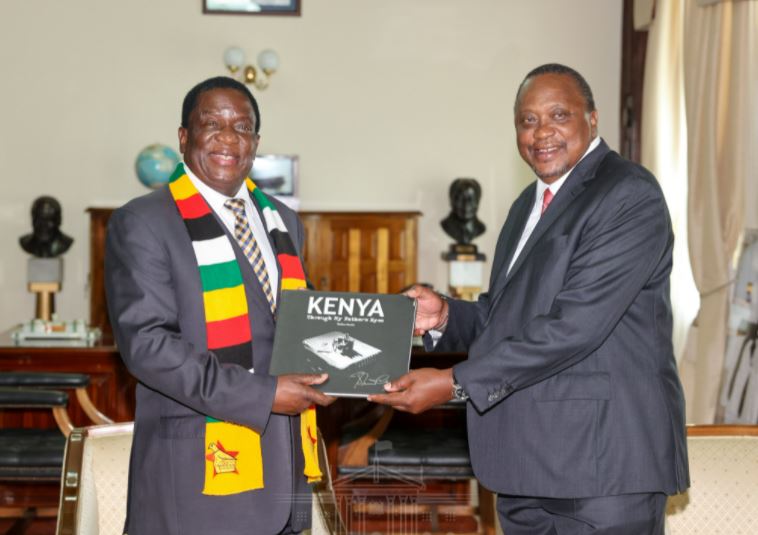 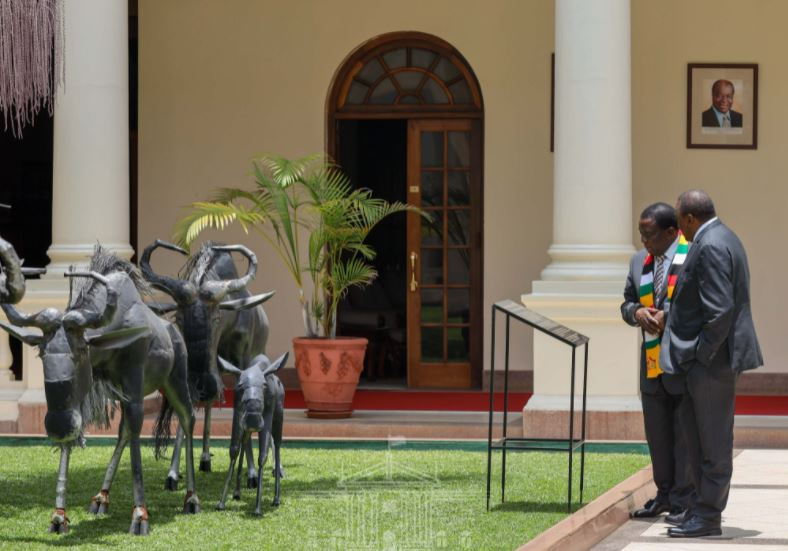 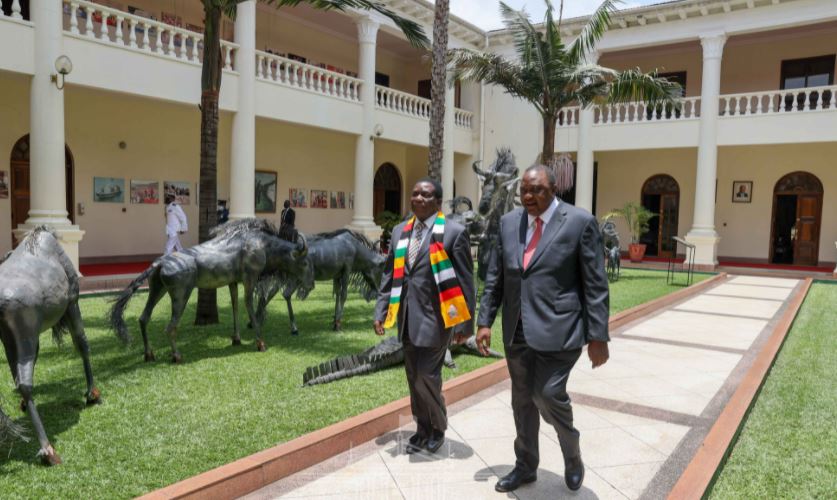 EACC Goes After Sh3.1m Salary From County Worker Convicted of Forging Academic Papers < Previous
Former CJ Mutunga Predicts A Raila-Ruto Handshake After 2022 Elections Next >
Recommended stories you may like: