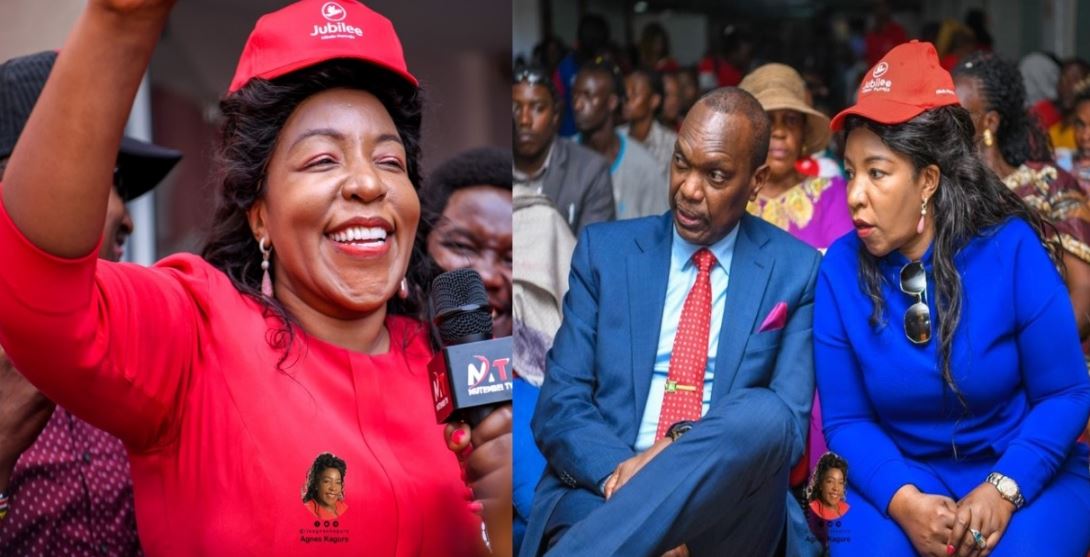 Following the fall out between President Uhuru Kenyatta and his deputy William Ruto, Jubilee party has been considered old news and on its deathbed. The last couple of years have seen defections in the thousands, with many trooping to Ruto’s UDA and other smaller parties.

However as the campaigns heat up, we are seeing a revival of the party, with thousands who had left returning ‘home’.

Leading one of these efforts is Nairobi gubernatorial candidate Agnes Kagure. Her initiative is dubbed ‘Nairobi’s Operation Rudi Nyumbani’, and is quickly gaining momentum and becoming a household phrase. So far, the campaign has netted hundreds of grassroots’ coordinators and MCA aspirants across the county from various parties back to the Jubilee party. 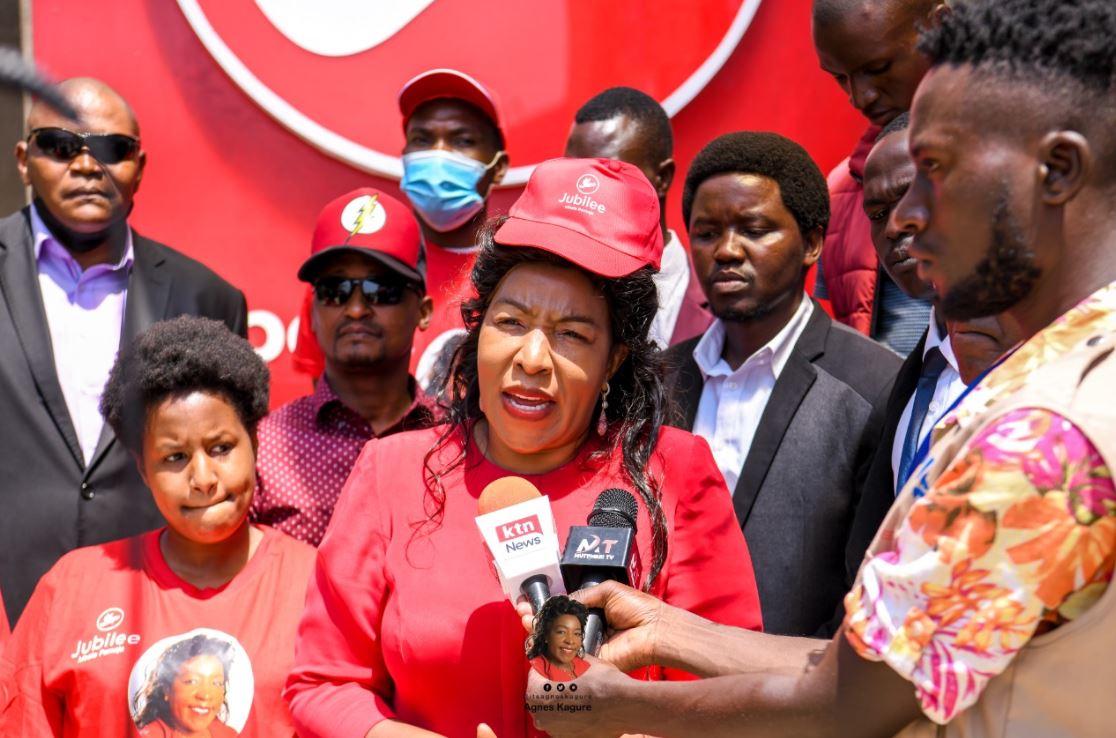 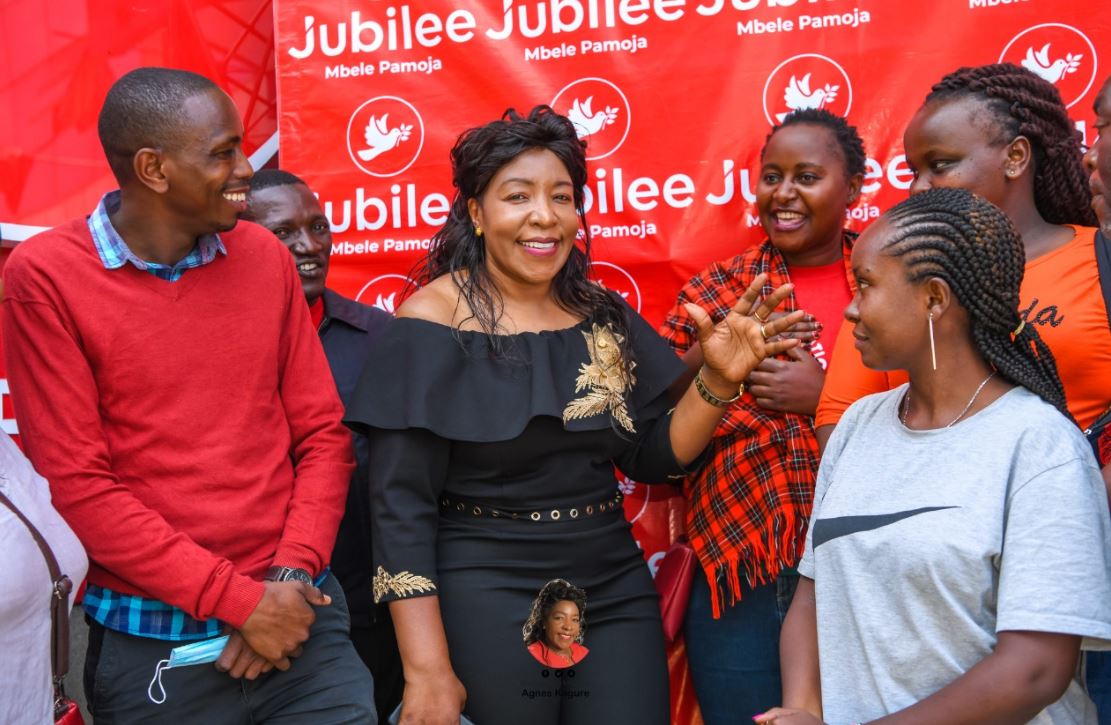 One of Hon. Agnes Kagure promises when she officially launched her governor’s bid on January 7th at the Kasarani Indoor Arena, was to breathe new life into the Jubilee party in Nairobi. She  flagged off her campaign by receiving 5,000 officials and members of the Hustler Nation United group, an autonomous lobby group previously affiliated with DP Ruto’s Hustler Nation Movement. That gesture on that day has worked well in attracting even more defectors to Jubilee party.

Most recently, on Friday 18th March, Kagure led a big group of grassroots’ coordinators from DP Ruto’s United Democratic Alliance, UDA, to the Jubilee headquarters where they were officially received by Party Secretary General Jeremiah Kioni and duly registered as members of the party. The defectors were coordinators allied to UDA aspirant Margaret Wanjiru and their jumping ship back to Jubilee deals a big blow to UDA’s prospects in Nairobi. 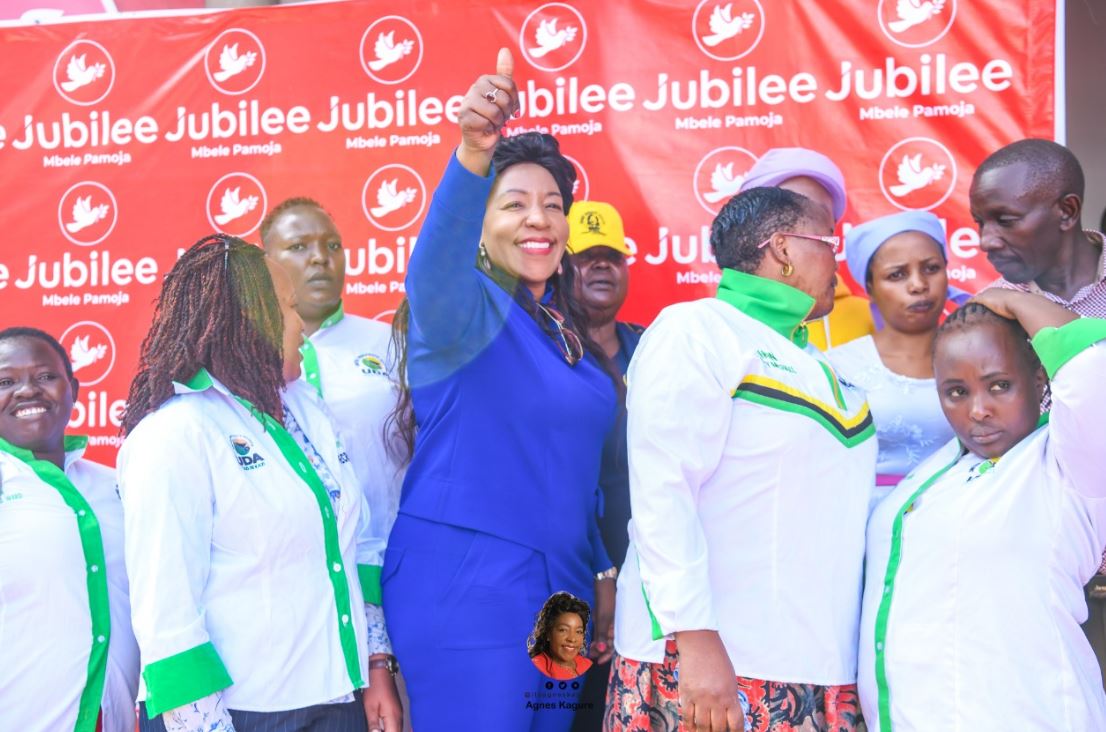 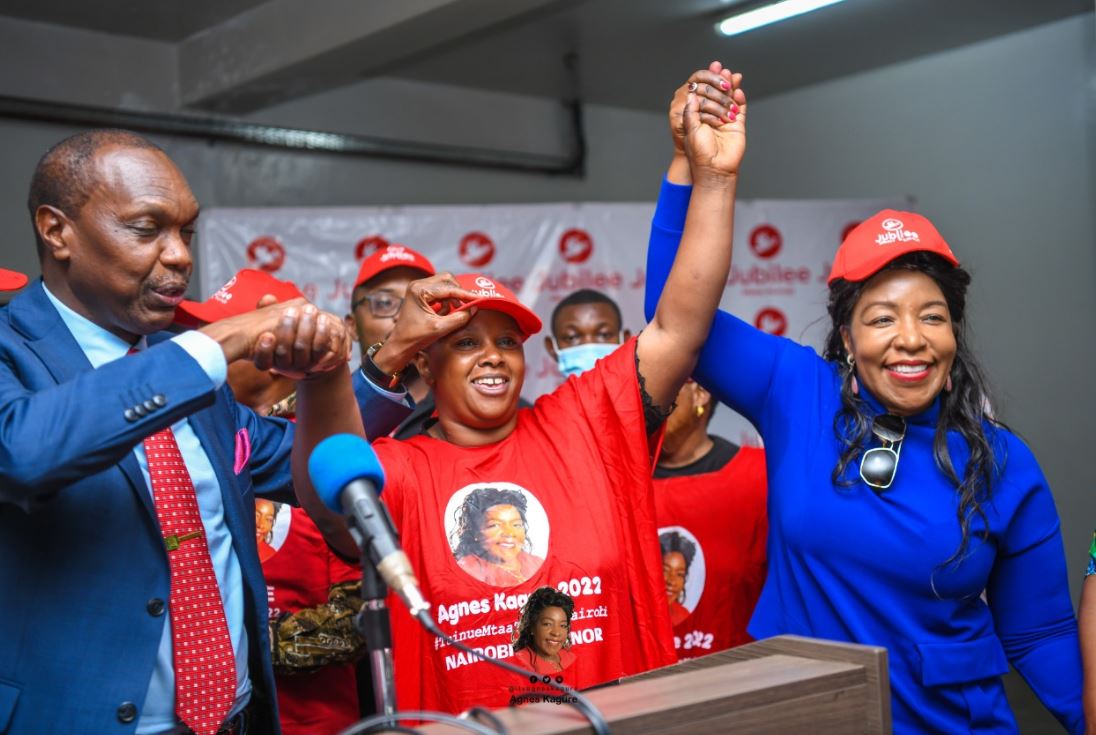 Kagure and the party at large believe that this is the surest indication that UDA’s popularity has peaked and can now only continue losing supporters.

While closely targeting MCA aspirants and mashinani leaders and mobilizers, Kagure is building strong grassroots networks not only for her gubernatorial bid but for the ruling party and is laying the foundation of strong and well-spread door to door networks that would come in handy during campaign mobilization and more importantly, getting voters out to cast their votes in favour of the party and its candidates.

Hon Kagure will on a weekly basis be received at the Jubilee Party Headquarters, as she leads a new group of defectors, mostly mobilizers and aspirants who will be welcomed and absorbed into the party.

These efforts, she hopes, will help her achieve her vision of having a Jubilee-dominated county assembly. From what we have learned in the past 10 years, it is a lot easier for a governor to perform with a supportive county assembly.

Meet Corporate Lawyer Njeri Wagacha < Previous
In Conversation With Samsung E.A Head of Mobile Experience Charles Kimari Next >
Recommended stories you may like: