I’m Not a Drunkard Just Because I Own Nightclubs, Governor Kananu Hits Back 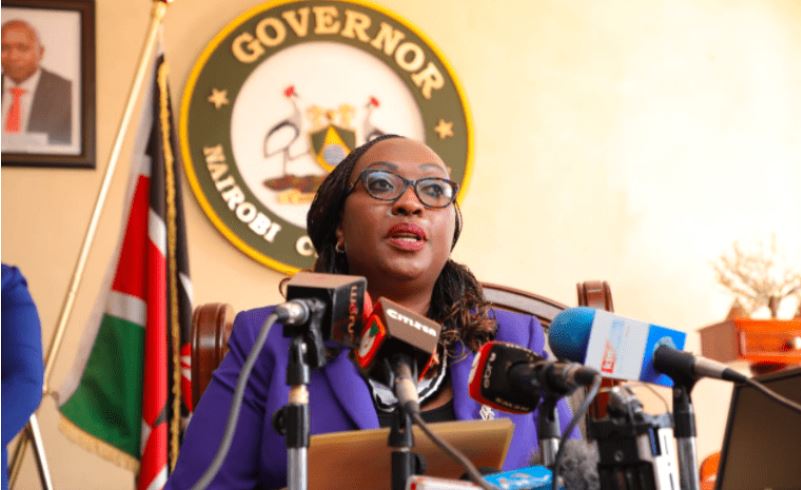 Nairobi Governor Anne Kananu has dismissed claims she is an absentee governor and a drunkard who spends most of her time in nightclubs.

A section of Nairobi MCAs had last week accused Kananu of absconding from her duties as Nairobi governor.

Led by Waithaka Member of County Assembly Anthony Kiragu, the MCAs claimed Kananu was always seen in bars but not in the office to help the people of Nairobi.

“She is an absentee governor. Kananu is never in the office. She is accused of being a drunkard and that she is always drinking in nightclubs. The bottle she moves around with contains alcohol. We know that and we shall address it. We shall soon discuss this in the Assembly,” Kiragu claimed.

Kananu has now condemned the MCAs saying she is not a drunkard just because she owns several nightclubs in Nairobi.

Speaking to a local daily, the Nairobi governor said she is a businesswoman with the right to visit her business premises.

“I own several businesses, including nightclubs in Nairobi and other counties. And as a director of various nightclubs, I have a right to visit my business premises and know how they are being managed. Does that make me a drunkard?” she posed.

Governor Kananu said she has owned the nightclubs for four years now and it has never interfered with her work at City Hall.

“As a Governor, you work beyond the required time, and some of my meetings I hold them in my business premises. This does not mean I’m a drunkard… I chair my weekly cabinet meetings and attend events and meetings where I’m needed,” she told the Star.

Kananu called on the MCAs to focus on service delivery and desist from using her name in bad faith to remain relevant during the campaigning season.

“We work until 5 pm at City Hall. Let us focus on the people of Nairobi,” Kananu added.

I Won’t Try to be Jalang’o, Oga Obinna on Kiss FM Job < Previous
Blow for Kenyans as LPG Prices Surge Higher Next >
Recommended stories you may like: