Ezekiel Mutua’s MCSK Pledge To Musicians: I’ll Be Your Defender 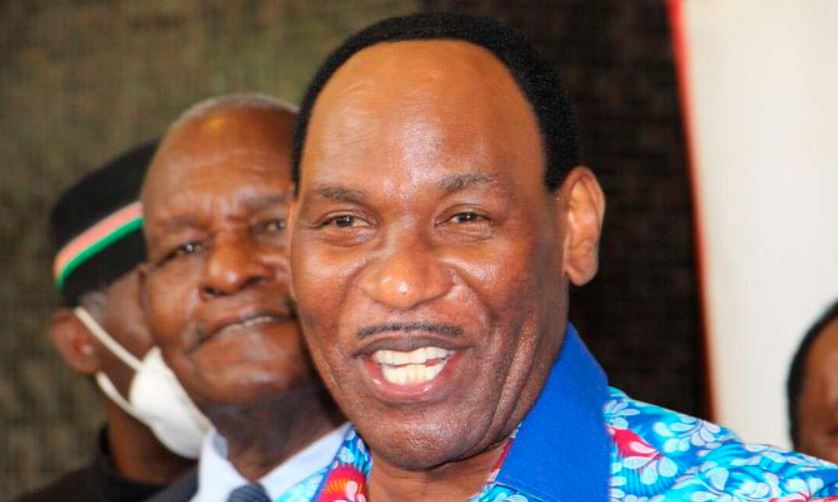 Kenyan musicians and the general public should expect a different side of Ezekiel Mutua following his appointment as the new CEO of the Music Copyright Society of Kenya (MCSK).

Mr Mutua was an unpopular figure during his 6-year tenure as CEO of the Kenya Film Classification Board. His strict and often-controversial reputation earned him the nicknames ‘Moral Cop’ and ‘Deputy Jesus’.

On Monday, hours after MCSK Board Chairperson Lazarus Muli confirmed his appointment, Ezekiel Mutua said he was elated to rejoin the creative industry.

He, however, noted he is joining MCSK as a defender and not as a regulator.

“I have received with profound gratitude my appointment to the position of Chief Executive Officer of the Music Copyright Society of Kenya (MCSK). Happy to rejoin the creative industry, this time not as a regulator, but as a promoter and defender of the rights of musicians,” Mutua said.

Dr Mutua further pledged to work with Kenyan musicians to promote their welfare.

“I look forward to working with the Board and relevant industry stakeholders to reinvigorate the music industry and make Kenyan music profitable through effective and efficient collection and distribution of royalties, by fighting piracy and promoting the rights of musicians. The industry has great potential to create jobs and wealth for our artistes. I pledge to work with all musicians in the country to raise the quality and profitability of our music.”

Despite Mutua’s pledge, a section of musicians and Kenyans on social media have voiced their discontent with the appointment.

Sauti Sol members Bien Aime Baraza and Chimano were among the first to oppose Mutua’s appointment to the embattled MCSK.

“Ezekiel Mutua’s appointment is a disappointment. What did he do for film? Kenya continues to elevate mediocrity. This is just sad,” Bien wrote.

Chimano added: “Ezekiel Mutua’s appointment is such nonsense… Recycling bin inc. That’s what we are…”

Ezekiel Mutua has a PhD that he got from God knows where. But none of his employers has ever questioned his papers, because in this country all you need is an ego the size of Kit Mikayi and a Bible quote that was last used when Moses climbed Mt. Sinai. Look at Ruto. Same people.

Be on the lookout, Ezekiel Mutua may show up in a Kinyozi nearby you.

Music Copyright Society of Kenya (MCSK) has appointed Ezekiel Mutua their CEO. After fighting Gengetone artistes and losing the war, he’ll now be riding incognito inside Rongai matatus and arresting drivers who are pirating Gengetone music. 2022 is the year of popcorn.

How is Ezekiel Mutua *still* getting a job to regulate anything, let alone things in art?!! What does he know about regulating the music industry? He with his questionable PhD.

What does Ezekiel Mutua know about music? pic.twitter.com/K9DDJ2dncM

Things in Kenya are upside down. The Deputy President talking about how the Govt is paying politicians, a president crying his deputy wanted to impeach him, Will slapping Chris and Lupita becoming eye witnessner, Ezekiel Mutua appoint as CEO MCSK, DPP frees 16 boda guys

Boni Khalwale’s Daughter Impresses in KCPE Exams < Previous
All The Trending Memes and Tweets This Tuesday Next >
Recommended stories you may like: