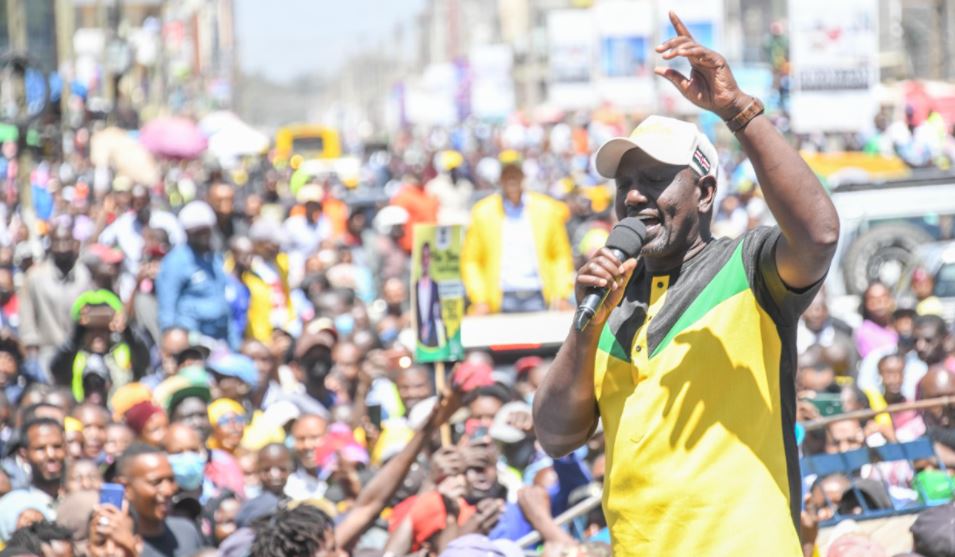 Deputy President William Ruto declared his stand on homosexuality saying if elected president in August polls, the Constitution will be the guiding principle.

Speaking at the Center for Strategic International Studies in an interview moderated by Mvemba Phezo Dizolele, Ruto also mentioned that his Christian faith teaches against homosexuality.

“My position as a Christian is that Bible teaches us against homosexuality and related matters, that is me as William Ruto,” he said.

When asked about the safety of the LGBTQ community in Kenya if he is elected president, DP Ruto said every Kenyan must be subjected to the rule of law and only permissible authorities should take action on those who contravene the law.

“I do not think anybody should pick up arms against any Kenyan irrespective of whether you like what they are doing or not. Every Kenyan must be subjected to the rule of law and if you think any Kenyan is not acting in the right way, it is not for you to decide to harm them, it is for the law to take its course.

“No Kenyan should be subjected to any form of harassment or any form of harm. The only authority that can take action over anybody is the authorities that are permissible within the law and if a Kenyan has not broken any law, nobody should harass them,” he said.

In Conversation With Senator Cleophas Malala: “Ruto Did Not Build My House” < Previous
Chris Potoski: Wiki, Bio, Wife, Net Worth Next >
Recommended stories you may like: