Why Justina Syokau is no Longer Crushing on Ringtone 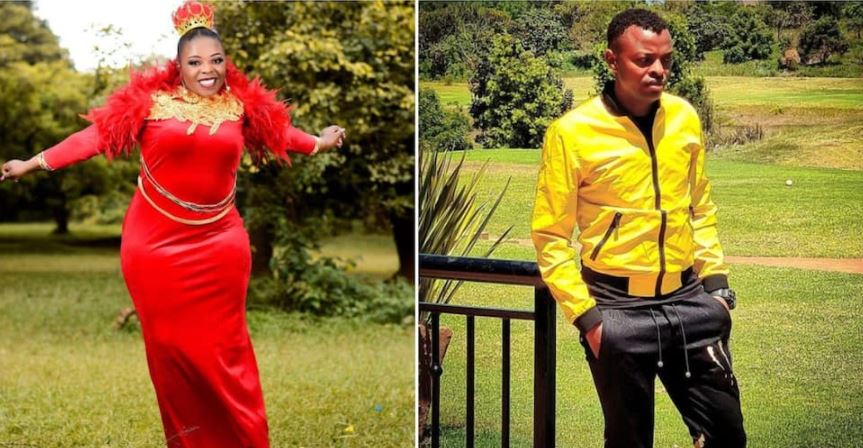 Gospel musician Justina Syokau has had a change of heart regarding her admiration for the controversial singer Ringtone Apoko.

Syokau had previously expressed her love for Ringtone in public describing hm as handsome and rich.

“He(Ringtone) is my crush. Anajua nampenda na ananipenda. Behind the scenes, we are in love but in front of cameras he denies knowing me,” she claimed.

Syokau however had reservations about Ringtone’s skills in the bedroom.

“He is a good guy, he is handsome, he has money, lakini kwa kutosha mboga sidhani Apoko anaweza, unajua mimi I am a Kamba you have to tosha mboga ile side,” she said.

Justina added: “Ringtone is attractive, rich…but he’s slender and talks a lot… If we both talk in the house our marriage will not work.”

But now, the upcoming singer says she is no longer interested in Ringtone after his squabble with DJ Mo at Size 8’s album launch.

According to Justina, Ringtone was hounded out of the event by DJ Mo without defending himself.

“I completely gave up on Ringtone on that day. Why would I be crushing on a man who can’t defend himself?” she posed.

“I expected Ringtone to defend himself from DJ Mo but he couldn’t. He was chased away and he later knelt down to ask for forgiveness. How can I fall in love with someone who kneels down for fellow men,” Justina added.

Folding Phones – Will They Cut Through the Market? < Previous
Rayvanny Speaks on Wasafi Exit Claims Next >
Recommended stories you may like: