VIDEO: VIP Treatment for Raila in India, as He Accompanies Rosemary for Traditional Eye Treatment 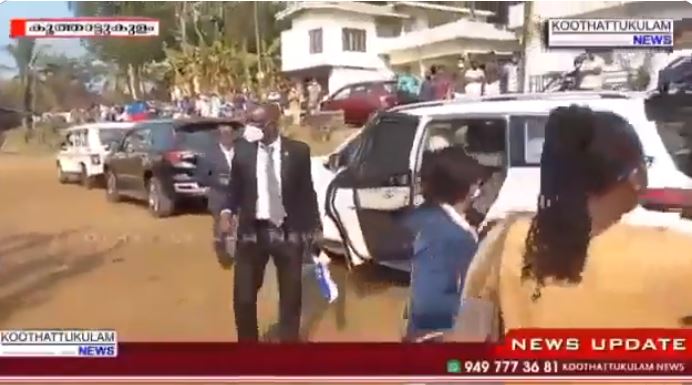 ODM leader and leading presidential contender Raila Odinga is currently on a break from campaigns and politics.

The former Prime Minister is in India to accompany his daughter Rosemary Odinga on her medical journey. Rosemary has been battling eyesight issues for a while, even going totally blind for two years.

She tried treatments in South Africa, Israel, Germany and China, almost giving up hope of regaining her eyesight.

However a few years ago, Rosemary was introduced to traditional Indian treatment called ‘Ayurvedic’. The practice has been dismissed by modern doctors as ‘pseudoscience’, with those practicing it even called ‘quacks’.

However, Rosemary would strongly disagree with that, because after unsuccessfully trying all modern options, it was this centuries’ old treatment that helped her regain her eyesight.

This latest trip was reported to be a follow-up/checkup.

Local media reported that Rosemary was being treated at Sreedhareeyam Ayurvedic Eye Hospital and Research centre in Koothattukulam, 1,444 km South East of Mumbai.

Raila took a helicopter to the hospital and was given a VIP welcome upon arrival. He even attracted a small crowd upon landing.

And a news report from a local TV station.

Another ‘Katombi’ Gang Leader Gunned Down in Dramatic Police Shootout < Previous
Martin Donovan: All About ‘Archive 81’ Actor.. Wife, Children.. Net Worth Next >
Recommended stories you may like: