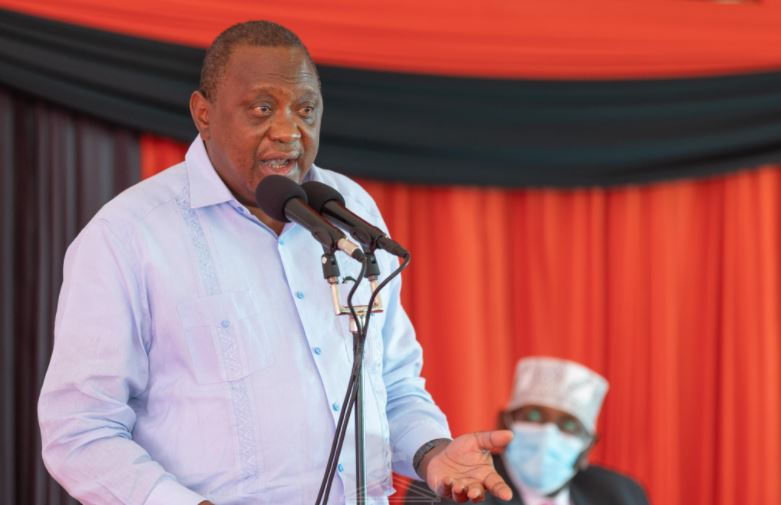 President Uhuru Kenyatta has urged leaders across the country not to allow political competition to undermine peace and security.

The President emphasized the need for leaders to be at the forefront in fostering unity and harmonious co-existence among the citizens even as the country gears towards the electioneering period.

“Political differences should not be allowed to become an impediment to peace and stability. As leaders, you have a role to play in ensuring that citizens live together peacefully irrespective of their tribal, political or religious affiliation,” President Kenyatta said.

The Head of State spoke at State House, Nairobi, on Thursday when he hosted a delegation of leaders from Marsabit County.

He added that political differences should always be settled amicably to safeguard stability and development.

Responding to issues raised by the leaders regarding insecurity and drought, President Kenyatta assured that the Government will not waver in its commitment to addressing challenges facing Kenyans.

The Head of State warned the law will not spare anybody who derails peace and harmony in the country.

“If your focus, as a leader, is to work to improve your country and the lives of your people there won’t be room for political competition that disrupts peace which is the key ingredient in development,” President Kenyatta said.

He asked political leaders to focus on the wider picture of transforming the country and lifting the lives of Kenyans instead of dwelling on misplaced rivalry that only serves to impoverish the electorate.

“As the people of Marsabit County, we are grateful for the development we have witnessed during your tenure in office. We will never forget you for the implementation of projects worth billions of shillings. These projects have lifted the lives of many our people,” the leaders said.

At a separate meeting at State House, Nairobi, President Kenyatta met leaders from Tana River County where they discussed the development priorities of the county.

The leaders appreciated the close working relationship between the national Government and their county government, saying it has promoted development for the benefit of the residents of Tana River.