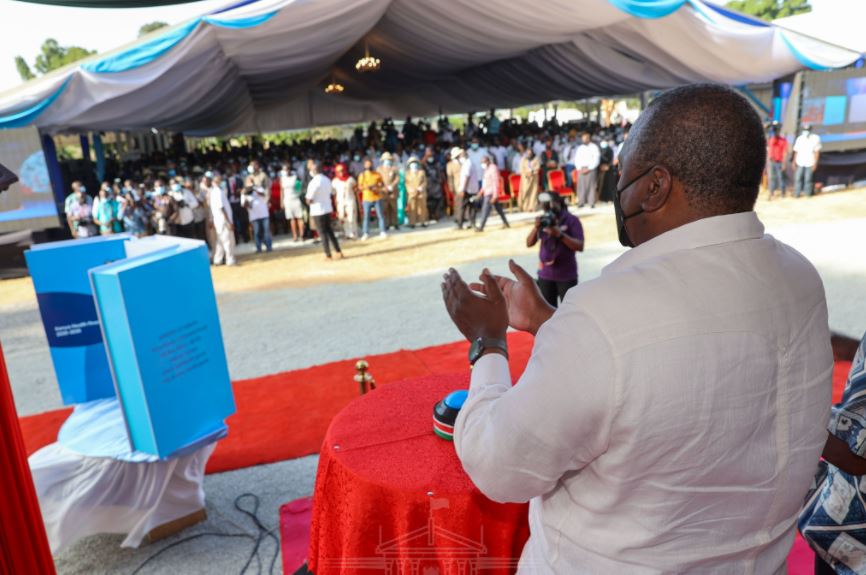 President Uhuru Kenyatta on Monday launched the national scale-up of the Universal Health Coverage (UHC) with a call to all to register for the National Health Insurance Fund (NHIF).

The President affirmed the Government’s commitment to spreading the benefits of UHC across the country through the development of a focused policy to accelerate its implementation.

“In this regard, my administration has developed the Universal Healthcare Coverage Policy, covering the period 2020 – 2030, to guide the acceleration of the progress in attaining Universal Health Coverage,” the President said.

The President was speaking at the Port Reitz sub county hospital in Mombasa where he said the Covid-19 pandemic has brought to bear the urgent need for the country to upscale implementation of the UHC.

“Under this pillar, we seek to eradicate the ‘poverty of dignity’ and transition our nation into an era where no Kenyan should be forced to choose between medical bills and other essential needs,” President Kenyatta said.

On UHC, the Head of State said the programme was started in the country in 2013 with the launch of the highly acclaimed free maternity programme dubbed “Linda Mama”, which currently benefits over one million mothers annually.

He outlined various initiatives the Government has put in place to ensure the successful implementation of UHC including investment in health infrastructure and development of a digital health platform to support the effective monitoring of the health sector. 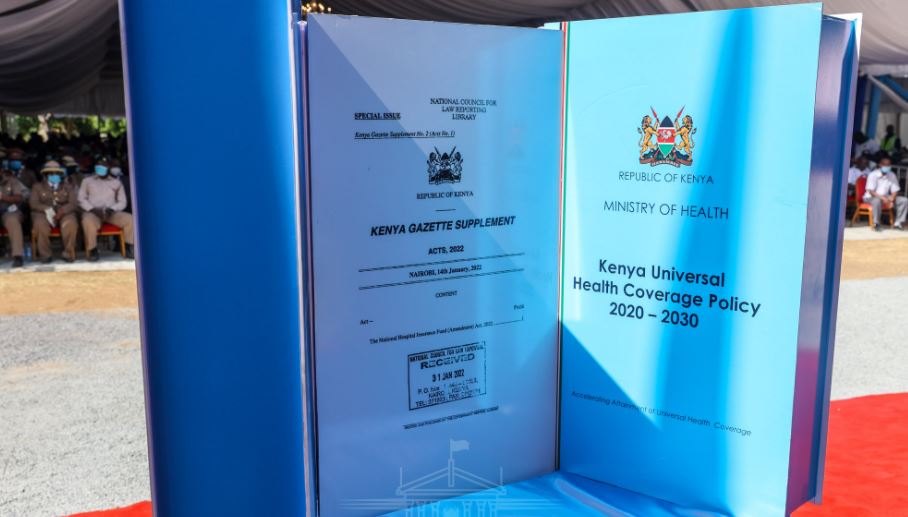 On health infrastructure, President Kenyatta said the investments the Government has made since 2013 have seen an increase of 43 percent in public health facilities from a stock of 4,429 facilities in 2013 to 6,342 currently.

“In the same period, our ICU capacity has increased by an impressive 502 percent; and our total hospital bed capacity has also increased significantly by 47 percent,” President Kenyatta said.

The President said the Government has also fully funded the upgrading hospitals across all the 47 counties as national referral hospitals with specialized state-of-the-art medical equipment.

“These Lists are intended to guide health facilities on the selection and investment of commodities,” the Head of State said.

To address the human resource shortage, President Kenyatta said the country has over the past 10 years increased the total number of health workers in the public and private sector by 41 percent.

In addition, the President said 15,234 healthcare workers were recruited under the Universal Health Coverage programme and COVID-19 management.

“In addition, community health coverage has also increased from 10 percent in 2013 to the current 91 percent, reflecting enhanced capacity of the community health workforce to cater for the 8,663 Community Health Units across the country,” he said.

In a holistic whole-government approach, President Kenyatta said enabler ministries including those of Water, Energy, ICT and Infrastructure have also been engaged to ensure other key services are available in health facilities.

On Covid-19, President Kenyatta urged all Kenyans to be vaccinated and continue observing the Ministry of Health protocols even as he noted the progress the country has made in the vaccination exercise.

“As of today, a total of 12,390,116 doses have been administered and we are well on our way to the target we have set for ourselves of 27 million fully vaccinated Kenyans by the end of 2022,” President Kenyatta said

On coordination of public health functions across all sectors, the President said on January 1st this year he established the Kenya National Public Health Institute to lead the coordination process and promote evidence-based decision-making on health matters.

At the same time, the President directed the Ministries of Health and the National Treasury to ensure consolidation of all Government sponsored programmes is finalized and operationalised by the end of June this Year.

To further realization of the UHC goal, President Kenyatta welcomed the passing into law f the NHIF Amendment Act by Parliament.

“I would not shy to say my administration has successfully set the unshakable foundation for achieving the goal of 100 percent health insurance coverage and as a result access to affordable and quality healthcare, so that never again should a Kenyan needlessly suffer or be driven to poverty because of medical bills,” he said. 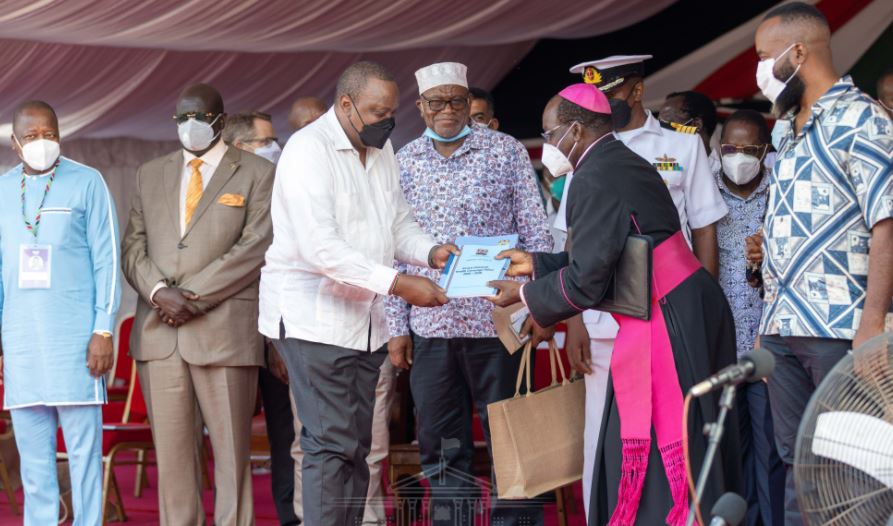 Noting that the Act provides for NHIF to establish a centralized healthcare provider management system to ensure efficient management and payment of claims as well as data collection, the President directed NHIF to ensure the system is set up and operational by the end of June this year.

President Kenyatta further directed that biometric registration at NHIF be inter-linked to the Huduma Number database.

President Kenyatta also took the opportunity to reiterated that he will continue to work for the betterment of all Kenyans till the end of his term.

He emphasized that his singular role is to leave a legacy of peace, unity and prosperity for all Kenyans.

Earlier, President Kenyatta opened this year’s international Health Workforce Conference. The three-day conference on harmonization of the curriculum and training of healthcare professionals aims at enhancing the skills of healthcare staff, a key factor in the delivery of UHC.

The Trending Memes and Tweets This Tuesday < Previous
Kanini Kega Rules Out Uhuru Reconciling with DP Ruto Next >
Recommended stories you may like: