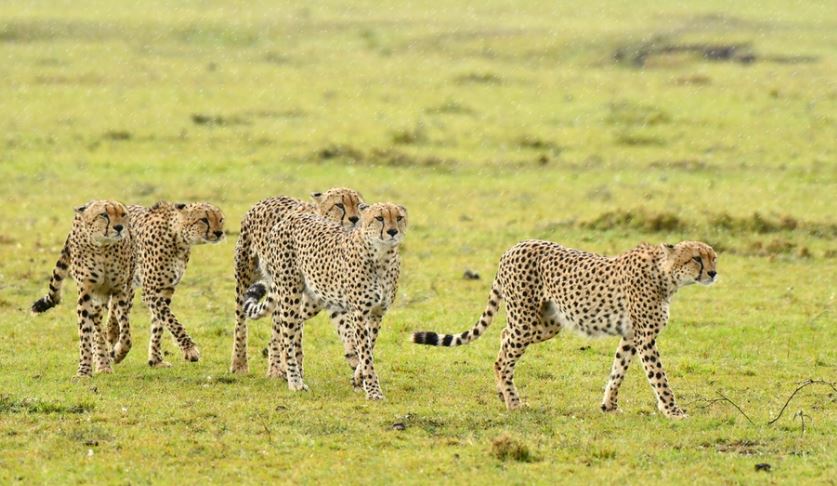 Tragedy has once again struck the world-famous ‘Tano Bora’(magnificent five) cheetah pack following the death of a second member in just three weeks.

Last month, the leader of the rare all-male pack in the Maasai Mara nature reserve was found dead. Christened Olpadan (sharp shooter), the cat was reportedly attacked and killed by the other cheetahs in a bloody coup following a territory dispute.

Olpadan had broken off from the group last year and formed a new partnership with a younger male, who the gang then had to compete with. This is believed to have led to the deadly coup in January.

The name may have to be changed again after one of the remaining four was found dead.

Olarishani (peacemaker/Judge) was injured in an attack, with attempts by wildlife veterinary doctors to save his life proving futile.

Tour guides in the reserve who witnessed the last moments of the big cat said he could hardly move. Masai Mara Chief Park Warden James Sindiyo said Olarishani sustained fractures in the spinal cord and ribs.

Conservationists are yet to establish what exactly befell Olarishani but rangers suspect he was attacked by a crocodile, a lion or a family of other cheetahs in another territory.

“It was such an opportunity to get to see and photograph these boys for the last seven years – Africa’s biggest cheetah coalition.

“Olpadan died recently and now I announce Olarishani’s taking his last breath and I hope the remaining three will give us a show for some time, rest well boys,’ Tour guide Lenny Koshal said on Facebook

Another wildlife enthusiast, Mr Ralf Tobias, added: “So this is again a sad day for the Mara and cheetah friends worldwide.

“The former famous ‘Tano bora’ has lost again a member, now they are two because one is still lost on his own but maybe they can re-unite soon. Well, I am speechless.”

As the largest known male cheetah coalition in the Maara, Tano Bora defied assumptions about typical cheetah behaviour. Usually, upon reaching adulthood, the male cheetah becomes solitary or joins another to form a pair. It is very rare to see a group as large as Tano Bora bonding together.

Tano Bora was made up of three brothers from one family and two from another, all believed to be around six years old.

The remaining three members are christened Leboo (‘The one who is always within a group); Olonyok (‘The one who puts efforts to achieve better results’) and Winda(Hunter).