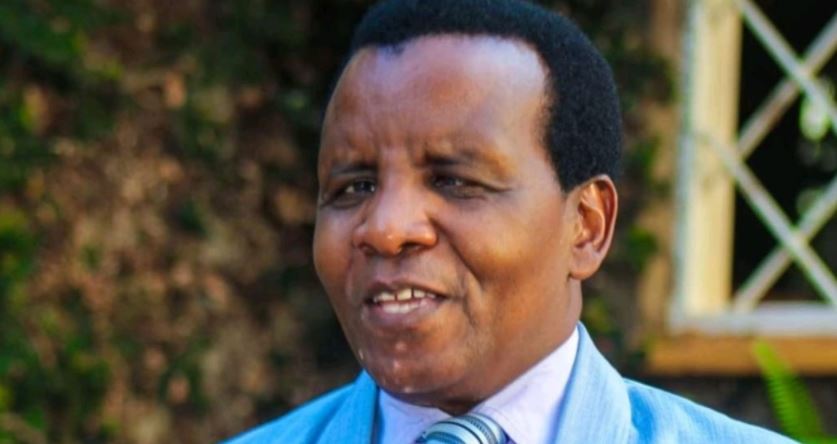 Speaking in a TV interview Monday night, Kigame said he received a voice note via WhatsApp directing him to shelve his presidential ambitions.

The singer said he has since recorded a statement with the Directorate of Criminal Investigations (DCI).

“Last week I was at the DCI to report a threat that I got through an audio message on my WhatsApp from an anonymous number telling me to drop out of the race because the seat is reserved for certain people,” he said.

Reuben said the unknown person also told him that the presidency is determined by a cartel.

He threatened that if I wanted peace, I needed to drop out of the race. What was staggering is that he stated that the presidency is decided by some dangerous mafia,” he said.

Kigame called upon DCI boss George Kinoti and Inspector General of Police Hillary Mutyambai to provide him with security.

He argued all presidential candidates should be protected by the police.

“All I can do is turn to the government and its agencies so that they investigate the matter. What they do with it is not my preserve. I can say that they received me very well. They took my phone and scrutinised it for a couple of hours.

“Mine is to hope that beyond the investigations, presidential candidates can be accorded the security that they need. For me more than others, I consider myself vulnerable.  I would say to Mutyambai and Kinoti that if I have the security early, I will be grateful,” he said.

Kigame said he is unfazed by the threats and will forge ahead with his ambitions.

“I promise that the first thing I will do after being sworn in is to sing for you because nothing stops me from doing what I love. Even after I lose or win, this is one thing that I will continue to do,” he said.

Mejja’s Response After Being Trashed by Ex-Wife < Previous
Why Dennis Itumbi has Refused to Record Statement Over Alleged Abduction Next >
Recommended stories you may like: