Corrupt Leaders Should Be Executed in Public – Speaker Muturi 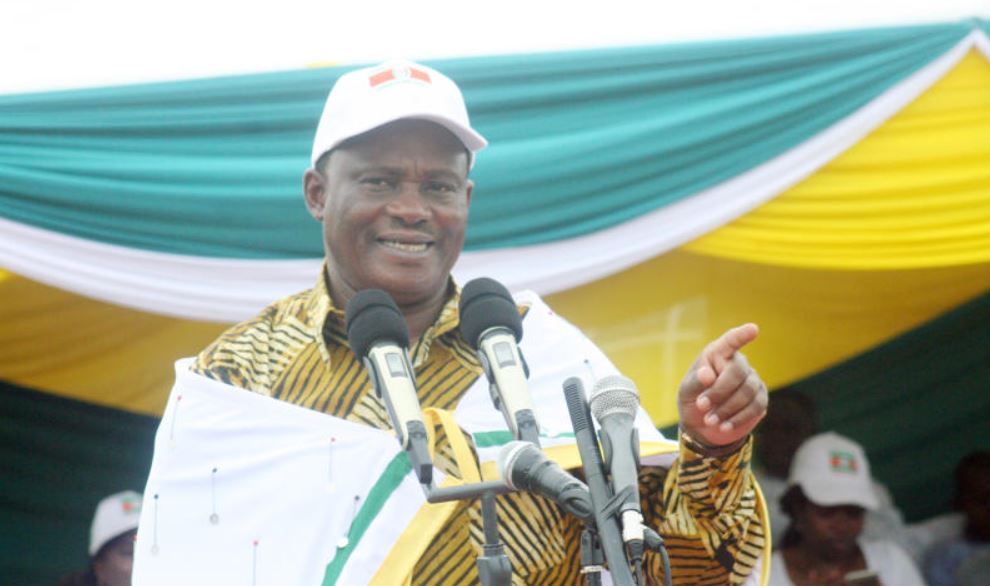 National Assembly Speaker Justin Muturi has called for the public execution of leaders and civil servants found to be engaging in corruption.

Speaking at Isinya, Kajiado County, Muturi proposed that corrupt leaders should be executed by firing squad at a public park.

Muturi said corruption has drained the country’s resources and is the main cause of economic problems in Kenya.

“Lack of transparency and accountability has drained the country’s resources. It is sad that people are looting public coffers shamelessly and recklessly. At this rate, Kenya requires a dictatorship kind of leadership where justice is served promptly. It is high time that those involved in corruption were paraded at Uhuru Park, firing squad called, the culprits shot dead and the proceeds in their accounts reverted to public coffers,” Muturi said.

He added: “We’re experiencing a high cost of living because of corruption. I don’t understand why corruption cases take so long to conclude, yet graft is the core cause of economic problems in our country.

“The Constitution sets the hearing of a presidential Election dispute to a time frame of 14 days, yet some of the biggest corruption cases never conclude.”

The presidential aspirant said under his leadership, eliminating corruption would be the priority.

“Kenyans are tired of corruption, if I’m given a chance to form a government, just be assured it will not be business as usual.

“If we must tame corruption, we ought to have dignified leaders who are transparent and accountable,” he said.

Muturi at the same time exuded confidence that he will give other presidential candidates a run for their money in the August polls.

”Like David and Goliath, we are going to win this race. They’re saying that we only have two horses but however small we are, I’m sure we are up to the task.I’m clear in my mind that with your support and your prayers, we will be able to clinch that top seat,”  said Muturi.

In Conversation with Former CS Sicily Kariuki < Previous
Diana Lasso: Bio, Wiki, Career, All About Wayne Brady’s Ex-Wife Next >
Recommended stories you may like: