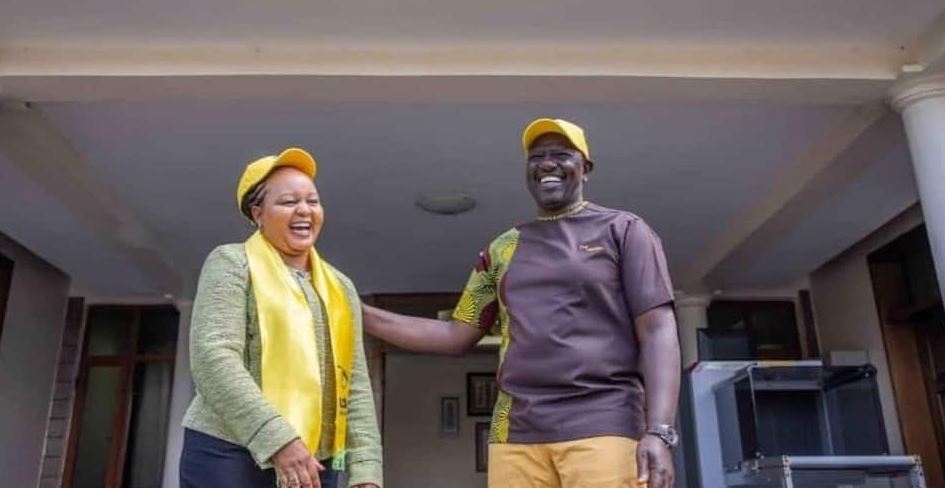 Kirinyaga Governor Anne Waiguru says she is open to the idea of becoming Deputy President William Ruto’s running mate in the August elections.

Speaking on Spice FM Tuesday, the former Devolution Cabinet Secretary said it would be an honor to be Ruto’s running mate.

Waiguru however noted the decision solely depends on DP Ruto.

She opined that the DP should choose a female candidate from Central Kenya.

“I really hope and pray that when DP Ruto chooses a running mate, it will be a woman. The issue of where does the running mate come from, the agreement so far has been that the person will come from the Mt. Kenya region,” she said.

Waiguru mentioned her focus at the moment is on defending her seat.

“I think it’s a great honour to be picked as running mate for the UDA party but right now, all my efforts are on Kirinyaga county,” she said.

The governor hailed UDA party for supporting women leaders, saying they are guaranteed of seven UDA female governors in the August polls.

“UDA has a significant number of women leaders and if you look at the women running for governor’s seats, we are guaranteed at least seven governors at UDA,” she said.

“UDA has encouraged women to stand…They have supported them by giving them prominence, being campaigned for by not just the DP but the team,” Waiguru said.

Waiguru also faulted her previous party, Jubilee, saying it held her back.

“I’m very glad to be out of there, it was very restricting. We could not even say for a long time that there is a problem with the party. We were very stifled and I feel very free and much happier now in UDA,” Waiguru said.

Betty Kyallo Meets Jamal Roho Safi, Kenyans Go Bonkers! < Previous
This is What’s Trending in Nairobi This Wednesday Next >
Recommended stories you may like: