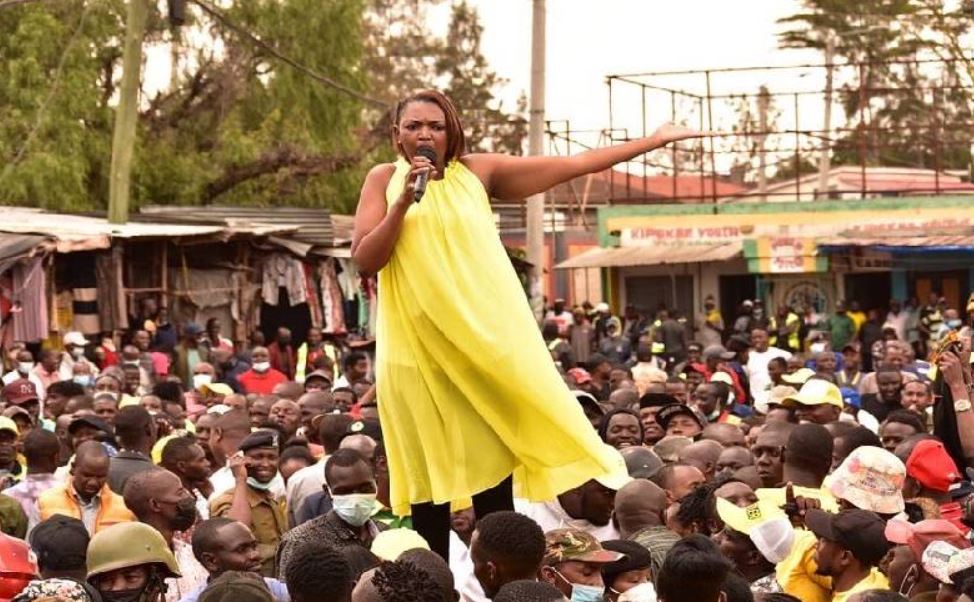 Karen Nyamu might be weeks away from delivering her third child but that has not stopped her from campaigning for elective office.

She recently caused a social media storm when she addressed a United Democratic Alliance rally at Kenyatta Market in Nairobi.

The Nairobi Senator aspirant says her pregnancy has been smooth, which allows her to campaign.

“I prayed about the baby when I got pregnant since I knew I would be in the race and it will be grown during this time,” she said.

“I have not had any issue with the pregnancy and the baby is safe. Even the things that seem impossible before men, through prayers, turn out very positive.” 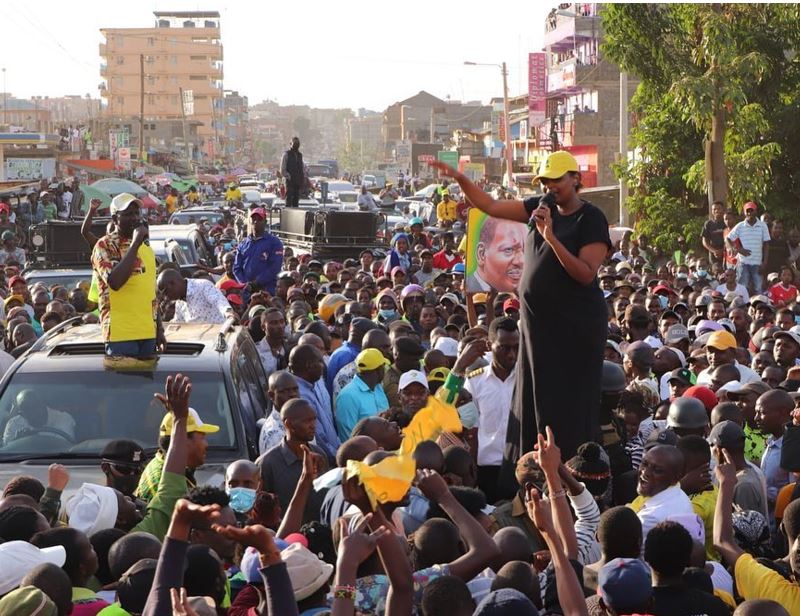 “Maternity leave does not have to be three months,” she said.

“With my son, there was time. I had to travel to and from Mombasa and it was one week after and he was okay. All I need is planning, which is already done. I have a very strong team behind me. Sometimes I even forget that I am pregnant.”

“In UDA we feel safe that we can compete and support the one who will win the nominations unlike the others, which have predetermined candidates,” she said. 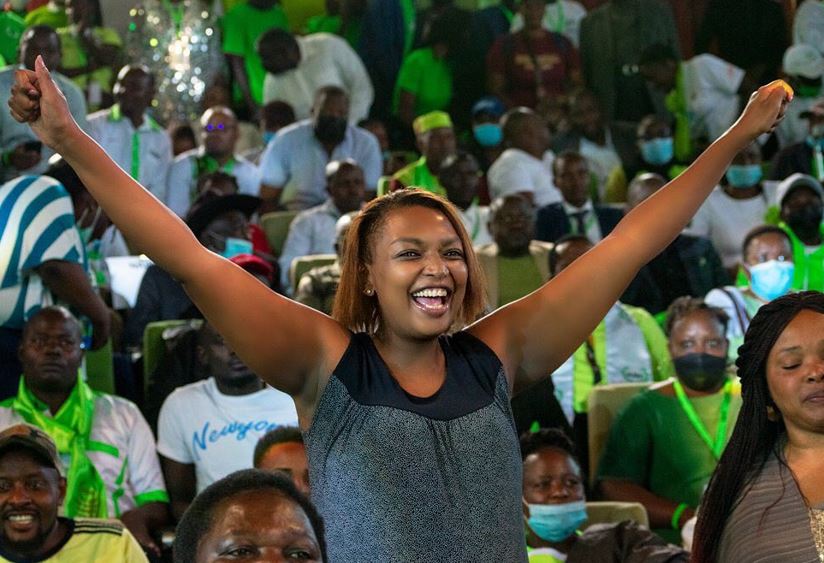 Choosing the Right Computer Franchise for You < Previous
DJ Joe Mfalme Buys DJ Academy; To Develop New Curriculum Next >
Recommended stories you may like: