Ngirici Removes UDA Branding from Her Office and Cars

On Monday, a video surfaced of a crew painting over her UDA branded office, and removing UDA livery from her vehicles.

Ngirici’s exit from UDA has been anticipated, ever since Kirinyaga Governor Anne Waiguru joined the Deputy President’s party. Both ladies are expected to battle it out for the top county position, and Ngirici felt pushed out of the party she embraced helped fund from very early on.

The wealthy Ngirici is believed to have been a big financier for the UDA party, and had even branded various campaign machinery, including a roadshow truck and her personal vehicles in UDA colours. 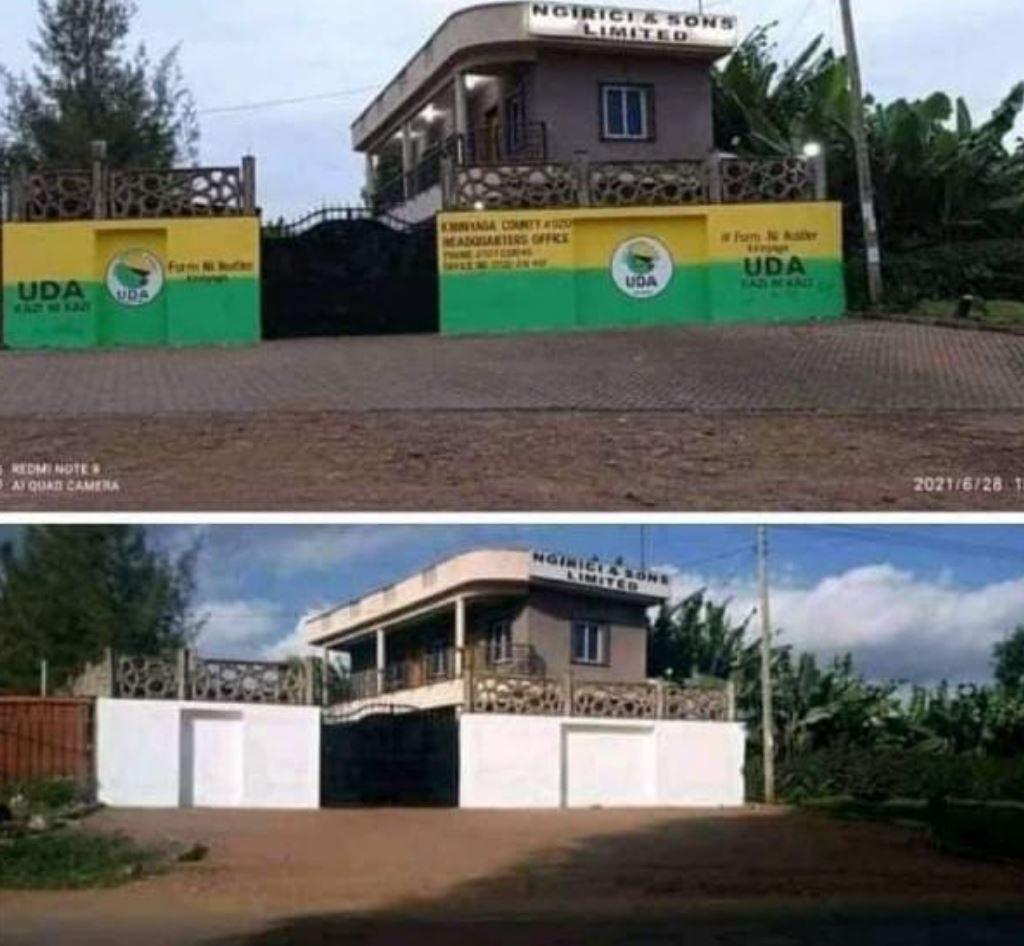 She has since declared that she will vie for the governor position as an independent candidate. “In 2022, I will not stand with any political party. I will seek to be elected as a governor, as an individual, and I’m confident that I will sail through,” she stated.

While not endorsing Ruto’s opponent Raila Odinga, Ngirici said that she would no longer campaign for the Deputy President, urging her supporters to choose freely.

Babu Owino Distances Self From Fight At Konshens Concert (VIDEO) < Previous
Raila Reveals How Much DP Ruto Donates Every Month Next >
Recommended stories you may like: