Mwangi Kiunjuri: How Uhuru Hurt Me and Injured My Career 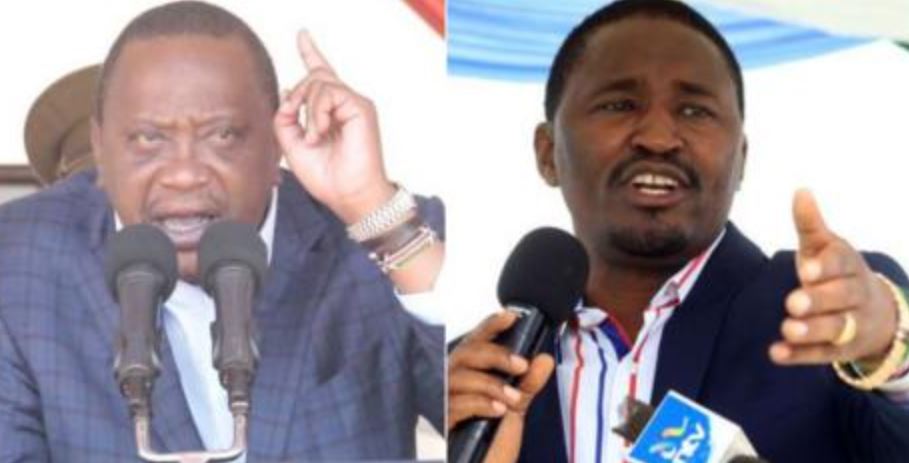 In 2017, former Agriculture CS Festus Mwangi Kiunjuri was eyeing the Laikipia gubernatorial seat but Uhuru convinced him to drop his ambitions for a position in his Cabinet.

However, years later, Uhuru sacked him as a Minister, a decision that Kiunjuri says hurt him and injured his career.

In an interview with Nation, Mwangi said he does not regret dropping his gubernatorial ambition to join Uhuru’s government.

“I do not regret the decision. You never know what would have happened had I become the Laikipia governor. In addition, I still gained a lot of experience in the two years I served as the Agriculture minister. I may not have gathered the experience I did and in terms of expanding my horizon; I gained a lot being a minister than I would have as Laikipia governor. I cannot say I regret the move. At times, I thought I regretted the move but the benefits that came with it were immense,” he said.

Kiunjuri spoke of how Uhuru hurt him, saying: “He hurt me, hindered my progress as a human being, and injured my career. Had I continued to be a minister, I would have gained even more experience. It was a major loss but again, it opened another opportunity because had I been serving the government, I would not have established a strong party called TSP. So, count your blessings! Whenever one door closes, another opens.”

The former minister lamented that Uhuru sacked him without explanation.

“The only issue that pained me is that there was no explanation given when I was fired. Still, I also thank the President because he was not malicious; had he been so, he would have gone out there and shared with the public why he fired me, and that is why I respect Uhuru Kenyatta.

“I respect him because even today, he has never told Kenyans why he fired me, meaning he has his own personal issues that he does not want to share with them. You know, you can even deny your own brother an opportunity to work in your business and that does not mean you hate each other. For me, as long as he has never said anything … because if I had been incompetent, he would have told Kenyans I am incompetent. Had it been I was insubordinate, he would say so. Up to date, he has respected me and I have respected him. I am not bitter. Let it be said that President Kenyatta stopped my bid to run for governor of Laikipia, gave me work, fired me so that God’s ways and blessings could befall me.”

The leader of The Service Party (TSP) also confirmed that he will be running for MP in this year’s elections.

“I am running for MP Laikipia East. If I have to be part of the next government, I would like to walk there with a lot of dignity and respect so that nobody will give me the position of a Cabinet minister then demean me the following day because I have no political standing.

“Lastly, being an MP, I can be Leader of the Majority, Leader of the Minority and I can lead my flock to the battlefield where I belong in parliament,” said Mwangi Kuinjuri.

Hilarious Posts by Kenyans on Social Media for the Monday Blues < Previous
Everything Trending in Nairobi This Monday Next >
Recommended stories you may like: