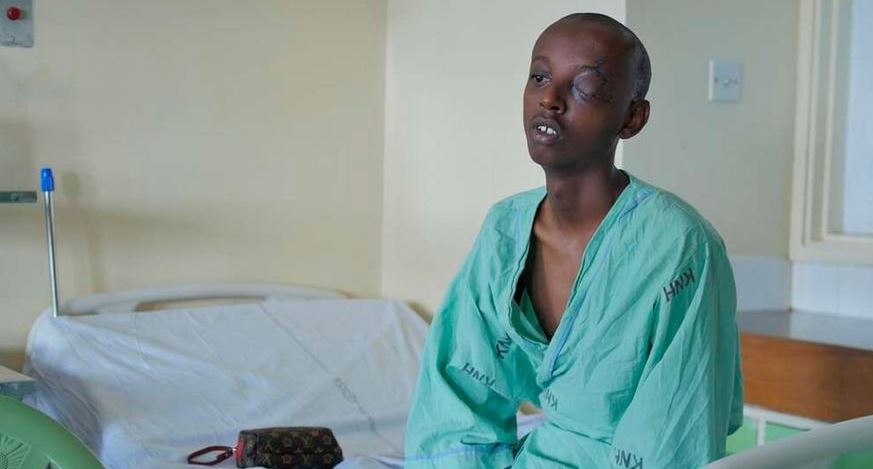 On New Year’s Eve, 17-year-old Abdi Shakur Saidi suffered an unimaginable ordeal; he was walking home with his friends when he was attacked and stabbed in the eye.

His friends tried to dislodge the knife but it was stuck to the base of the skull and had raptured his left globe.

“I told them I did not want anyone calling my mother because I knew she would be scared at the sight of me with a knife sticking out of my eye. They tried to yank the knife but in the process, they ended up removing its handle,” Abdi Shakur Saidi recounted.

The Form Two pupil from Kayole was rushed to Mama Lucy Kibaki Hospital at around 2 am. He was unconscious from excessive bleeding and his friends had no other choice but to call his mother.

Doctors at Mama Lucy could not perform the delicate surgery and referred Shakur to Kenyatta National Hospital (KNH).

Following extensive consultations with various specialists at KNH, Shakur’s family was informed about the possible outcomes of an operation, including loss of eyesight and even death. They consented to the surgery. 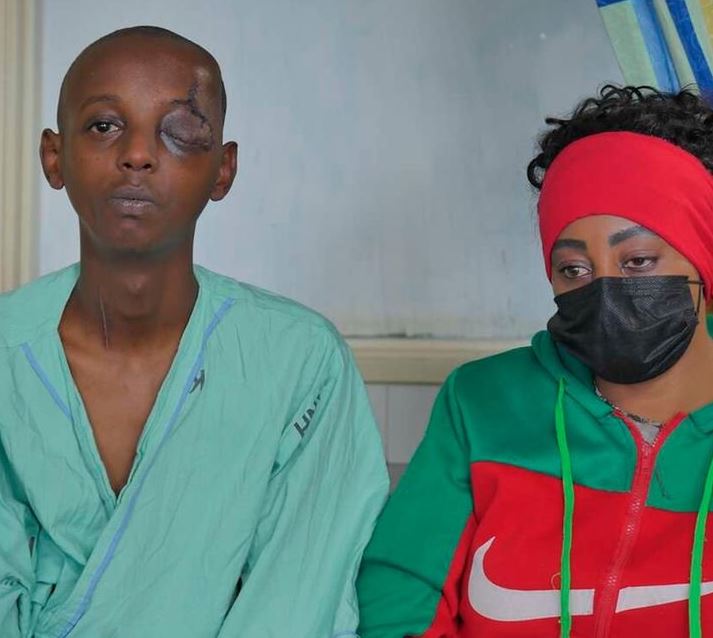 Ophthalmologists Dr Rhoda Munene and Dr PT Nyaga said after examining the patient, they established that the knife was firmly stuck in his brain.

Dr Nyaga noted that though the surgery was urgent, they could not begin right away. They put the patient on a broad spectrum of antibiotics and painkillers.

“There was also the issue of ICU. Given that this hospital is a national referral, the chances of having a bed just lying around is low and so we also had to ensure we had a bed waiting for him in the ICU after surgery,” Dr Nyaga said.

Shakur was finally wheeled into the theatre on January 5, which happened to be his 18th birthday.

“Here is a young jovial teenager with his whole life ahead of him and the mood was tense because despite our experience we are aware that all patients are different and the outcomes are also different,” Dr Munene said.

In a 12-hour surgery, doctors opened his orbit(the bony cavity in the skull that houses the eyeball) and found the eye was completely ruptured.

The surgeons removed the left orbit so they could see the bones well and were able to see the extent of the stab, making it possible to dislodge the knife.

A team of neurosurgeons that included Dr Omar Ahmednassir then stepped in.

“Major blood vessels were not injured and the patients had no indication of stroke so he was taken to ICU and removed from the ventilator the next day,” Dr Ahmednassir said as quoted by the Nation.

The surgery alone cost about Sh500,000 but it was done pro bono. KNH chief executive Dr Evanson Kamuri said saving Shakur’s life was important and noted the family could not afford the treatment.

Dr Kamuri mentioned KNH was the only facility where a team of experts could conduct the delicate surgery under one roof.

The teenager may have lost his sight in the left eye but he was excited to be leaving the hospital.

Doctors told him that simple day-to-day activities like pouring tea into a cup or walking down the stairs may be difficult at first.

He will also be provided with spectacles with locally made prosthetics mounted on them.

University Student Mysteriously Dies in Suspected Love Triangle with “Cousin” < Previous
Machachari Star Almasi Recalls Wild Past Before Discovering Hinduism Next >
Recommended stories you may like: