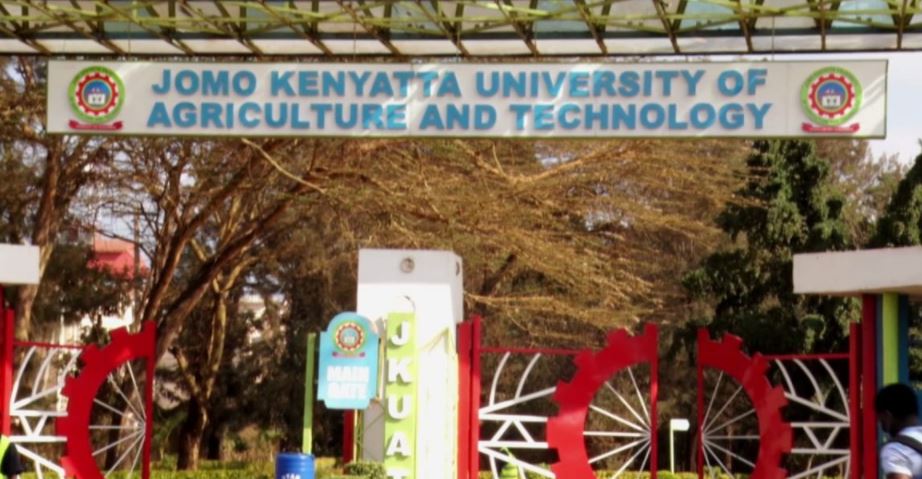 Detectives in Juja, Kiambu country are investigating the tragic death of a university student who fell from the third floor of an apartment in Juja town.

Taylon Mbuthia, a 20-year-old second-year student at Kirinyaga University, fell to his death in the wee hours of Tuesday.

Detectives established Mbuthia fell following a confrontation with another student said to be his love rival.

As the story goes, the deceased had on Sunday visited his girlfriend Margaret Nyambura, a first-year student at the Jomo Kenyatta University of Agriculture and Technology (JKUAT).

“They partied and had a good time in the house on Sunday through Monday, together with Margaret’s roommate only identified as Shantel and another man identified as Joe Momanyi.

“However on Monday during the day, they were joined by one Brian Andaki, a Fourth-Year student at JKUAT, who had come to pick the same girl whom the deceased had gone to see,” the DCI said in a statement report.

When Andaki asked who Mbuthia was, Margaret introduced him as her cousin.

The five continued to party in Margaret’s bedsitter at Lantana Apartments until late Monday night when hunger pangs hit them and they decided to go look for food outside.

“Shantel who was already intoxicated and could barely move was left sleeping. Once outside, they found the nearby eatery already closed and decided to continue partying at a nearby joint. At around 1 am, the four staggered back to Margaret’s bedsitter. However, as they scaled the flight of stairs, an argument ensued between Andaki and the deceased after the former realized that the latter wasn’t Margaret’s cousin after all,” said the DCI.

The two are believed to have fought at Margaret’s door before the deceased landed on the ground floor under mysterious circumstances, investigators said.

The apartment’s caretaker Dan Guchu told detectives that he was woken up by a loud thud before he rushed outside only to find the deceased’s body sprawled on the ground floor.

He immediately alerted detectives based at DCI Juja, who rushed to the scene and found the deceased’s body bearing multiple fractures, with blood oozing from his mouth and nose.

Margaret Nyambura, Brian Andaki and Joe Momanyi were arrested as the main suspects.

Experts from the DCI’s Homicide branch and their Juja-based counterparts are working to solve the case.

This is What’s Trending in Nairobi This Thursday < Previous
KNH Surgeons Save Teenager with Knife Stuck in Brain Through Eye Next >
Recommended stories you may like: