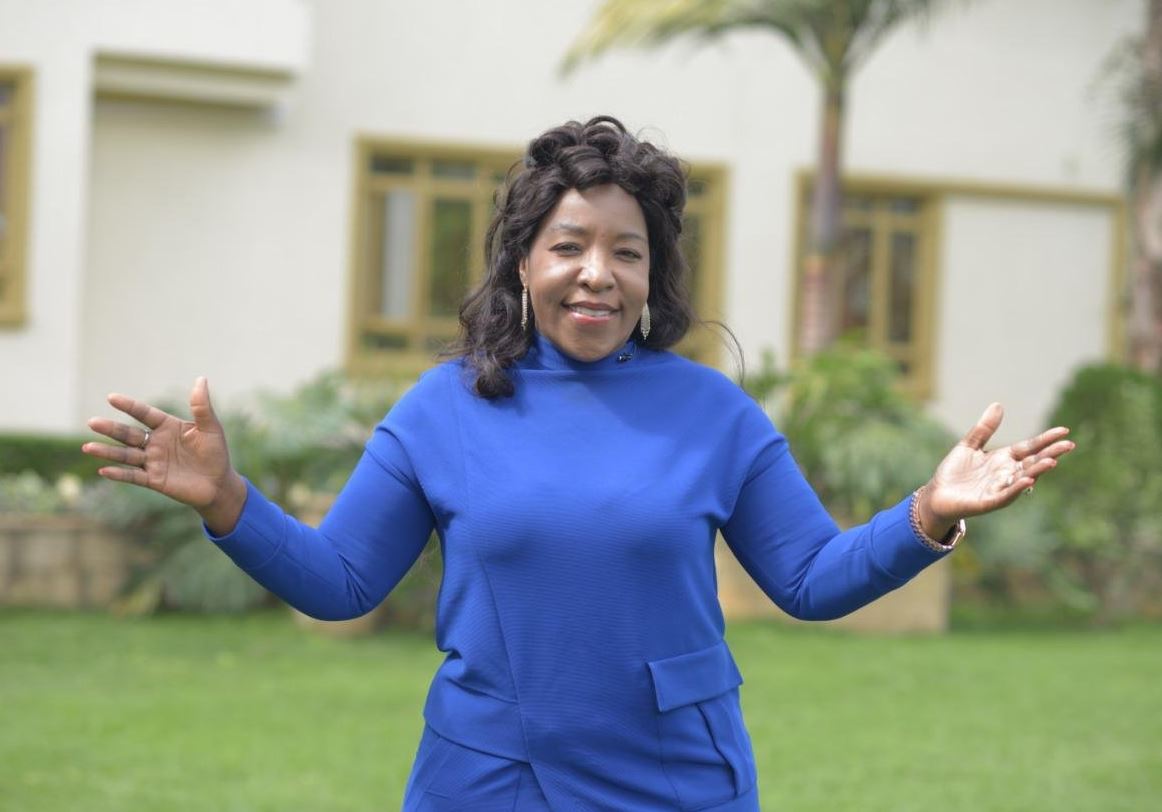 Businesswoman Agnes Kagure has launched her bid to vie for the top county job in the capital city, in August this year.

Kagure launched her bid at Kasarani indoor arena on Friday morning, in front of hundreds of supporters.

She is joining a crowded race as she seeks to become one of the few female governors in the country. Among those who have announced their intention to vie for the governor seat are Nairobi Senator Johnson Sakaja, former Starehe MP Margaret Wanjiru, Westlands MP Tim Wanyonyi, former Dagoretti MP Dennis Waweru, and businessman Richard Ngatia.

A poll released on Thursday shows that the race is still very tight, but with Kagure having an edge over the other hopefuls. In a hypothetical race where all the declared candidates run, Kagure emerges top with 27% of the vote, followed by Margaret Wanjiru with 22%. Dennis Waweru was third with 18% with Westlands MP Tim Wanyonyi coming fourth with 10%.

The poll also found Kagure ahead in a race that is reduced to just her in the handshake side and Bishop Margaret in the UDA side. She gets 49% of the vote against Wanjiru’s 43%.

At the launch, the businesswoman unveiled a 5-point agenda. Key among them was a promise to create 1 million jobs if Nairobians give her the governor job.

“I want to dedicate my life to improving Nairobi and move you from the city of lamentation to the city of jubilation,” she said.

In a bid to repair Nairobi’s bad image, Kagure said that county employees will be trained on customer service. She also pledged to clean up city hall, by getting rid of ghost workers.

The businesslady received backing from Kikuyu elders led by Wachira Kiago, the National Chairman of the Kikuyu Council of Elders. They pledged to contribute Sh2 million towards her campaign.

Also in attendance was former Tigania East MP Mpuru Aburi, who said he was there representing ODM leader Raila Odinga.

We’ve Beaten Them Before and We will Beat Them Again in August, Ruto Thumps Chest < Previous
President Uhuru Appreciates China Govt on Behalf of Kenyans Next >
Recommended stories you may like: