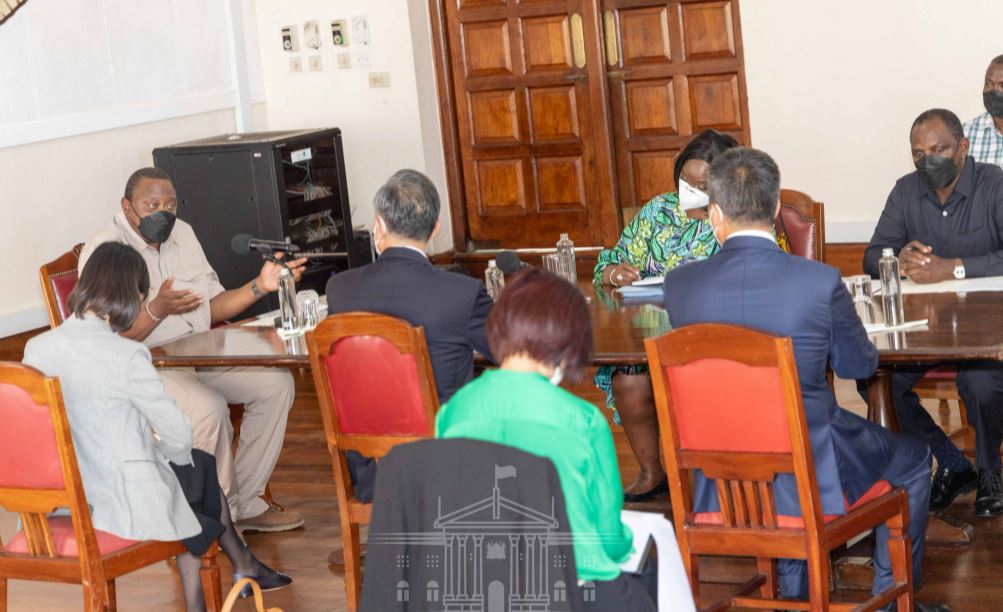 President Uhuru Kenyatta on Thursday met with visiting State Counsellor and Minister for Foreign Affairs of the People’s Republic of China Mr Wang Yi who paid him a courtesy visit.

The Head of State and the Chinese Minister discussed a wide array of bilateral and multilateral subjects of mutual interest to Kenya and China among them the two countries’ development cooperation framework, regional peace and security as well as the global fight against Covid-19.

The President reiterated Kenya’s commitment to its development partnership with China saying the cooperation had contributed greatly to the country’s transformation in recent years.

“Kenya I can clearly say would not have been able to achieve many of our social economic development agendas without the support of China. And this is something that not only we as a government appreciate but also the people of Kenya appreciate,” the President said.

He expressed optimism that the continued opening up of the Chinese domestic market to Kenyan agricultural exports will help bridge the huge balance of trade gap that exists between the two economies.

“I am very appreciative especially as a farmer, on the movement we are making towards the opening up of market in China to Kenya’s agricultural products, am very keen myself to see that develop because the basis of success is if we are able to balance our trade,” President Kenyatta said.

Businesswoman Agnes Kagure Launches Bid for Nairobi Governor < Previous
This is What’s Trending in Nairobi This Friday Next >
Recommended stories you may like: