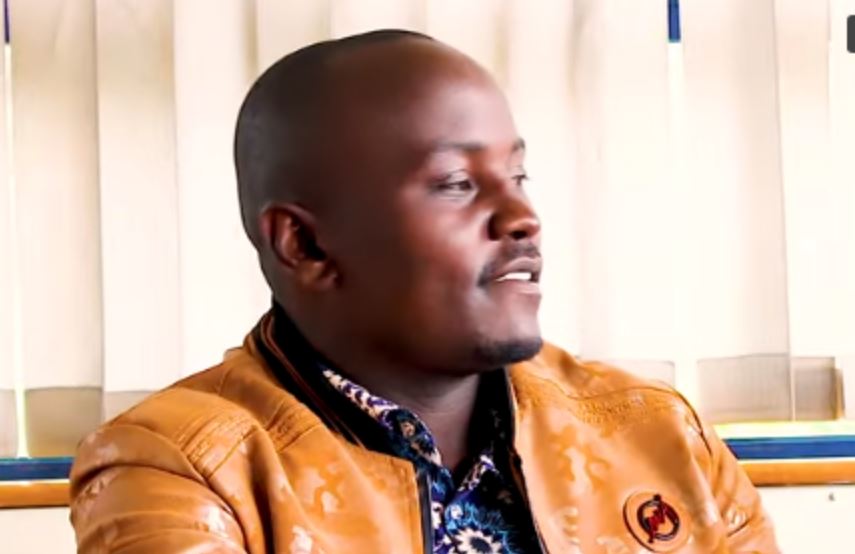 A man who gained social media fame after he sent a salacious sticker to a burial fundraiser group on WhatsApp has spoken up about the gaffe.

Leonard Githinji, who identified himself as Baba Gloria in the group, says the pornographic sticker sent itself. Lol!

“It was a group for burial contributions for the brother to Governor Wambora. I did not manage to get off the group before I put my phone back in the pocket. My data was still on, so the sticker sent itself to the burial group,” he claimed.

“I received a call from the admin, asking me to delete the sticker, but someone had already taken a screenshot.”

“I was called so much that I had to switch off my phone. It would ring for an entire week. I received almost 2000 messages, some I have not even read to date.

“Ladies call me and promise me money in exchange for sex. Some ladies even send me nudes. I have no trust in people anymore. It has been a challenge,” he said.

Some of the strangers even suggested that he run for a political seat.

“People have been calling me for jobs some were even saying they want us to shoot a movie but I did not know what kind of a movie it was. Some have asked me to vie for an MCA seat,” he told Mpasho.

Baba Gloria mentioned that his wife of 11 years supported him.

This is How Much Charles Njonjo Spent on His Bespoke Suits < Previous
Huddah Cuts off Friends Who Ask for Freebies, “Keep your Struggles to yourself!” Next >
Recommended stories you may like: