This is How Much Charles Njonjo Spent on His Bespoke Suits 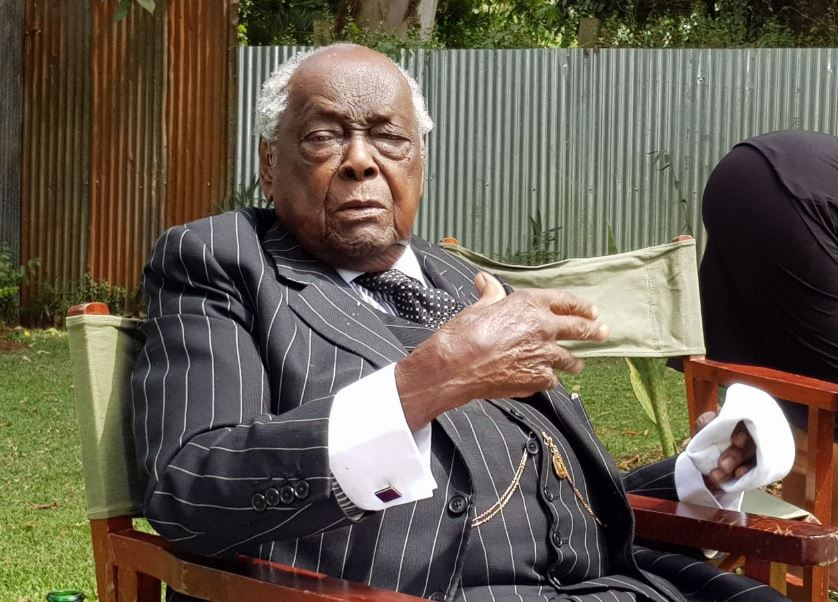 Following his death on Sunday, Kenyans are continuing to learn more and more about our first independence Attorney General, Charles Njonjo.

To those whom it wasn’t already apparent, it is now clear that Njonjo saw himself as a white man in black skin. He was a collaborator pre-independence, and was reportedly even against Kenyans governing themselves.

He opposed the Africanization of various state departments, seeing black Kenyans as incapable of carrying out said duties. It was said that he could not even bring himself to see a black doctor.

This behavior led to his peers mockingly giving him the title ‘Sir’, something that stuck, with later generations not even realizing he was never actually knighted by the Royal family. He was even nicknamed the ‘Duke of Kabeteshire’, also in a mocking manner.

Part of his fine living and elegance was in the way he dressed. Njonjo was never shy to wear stylish and expensive suits, mostly black with white stripes. He was said to have about 20 similar suits, with the initials ‘CN’ running through the entirety of the white stripes.

It comes as no surprise that the suits were all imported. He bought them from top class tailors at London’s Savile Row, a street known primarily for its bespoke tailoring for men.

“All I can tell you and my advice is to go to Savile Row in London and you will get the same,” he once told Jeff Koinange in an interview.

There are many shops on this street, and it is not clear which one Njonjo frequented. However, what they all have in common is the high prices. For most of the shops, certainly those of Njonjo’s  stature, prices start at about £3,500, which is over Sh500,000.

The issue of his suits once become national headlines in 1981, when a baggage belonging to him and weighing 270 kg arrived from London. He was not pleased when he was invoiced Sh36,272.50 for excess baggage.

“In January 1981, he (senior superintendent of police Essau Kihumba Kioni) discussed with a Mr Todd, an accountant in the revenue section, the issue of excess baggage weighing 270kg that had been flown in by Njonjo from London. When it was confirmed with the London authorities that Njonjo had not paid for the excess baggage, the chief accountant discussed the matter with the airlines Managing Director, Lord Cole and Njonjo was invoiced Sh36,272.50 on January 21, 1981.

“On January 29 the same year, Kioni was summoned to Njonjos office, where in front of Lord Cole and Simon Mbugua the then permanent secretary in the Ministry of Transport, the former AG expressed his disgust at the police officer,” the Miller commission was told during an inquiry into the AG’s conduct.

As the son of Senior Chief Josiah Njonjo, Charles Njonjo was born with a silver spoon, and he never let go of it.

Only in Kenya: Four in Court For Attempting to Grab President Uhuru’s Land < Previous
Baba Gloria Received Nudes After Sending Naughty Sticky to WhatsApp Group Next >
Recommended stories you may like: