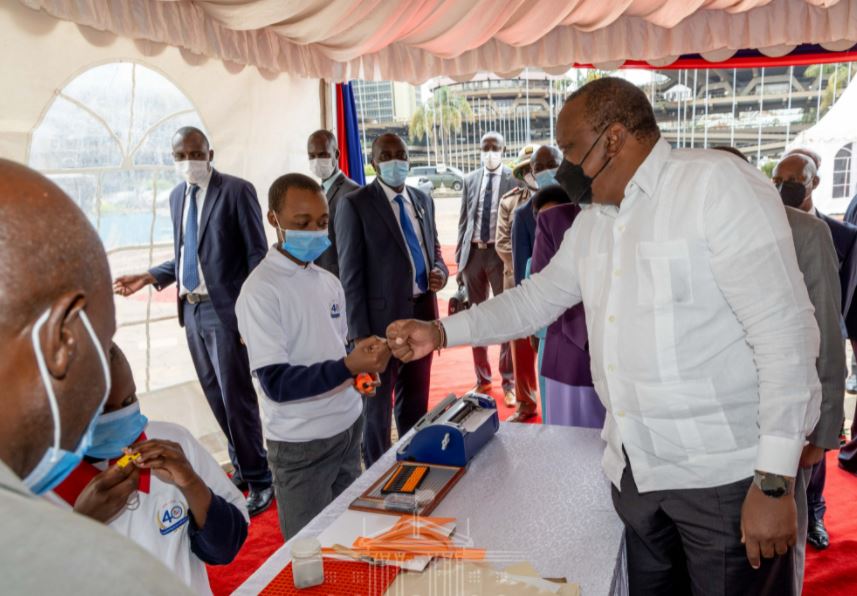 The President said the Government is keen on accelerating the rollout of policies that clear the barriers for social inclusion for persons with disabilities.

“…I reiterate the commitment of the Government to do what it takes to continue to improve the lives of persons with disabilities,” the President said.

President Kenyatta, who is the patron of the National Fund for the Disabled of Kenya (NFDK), spoke on Thursday in Nairobi when he presided over the organization’s 40th-anniversary celebrations and launch of a book that chronicles the successes of the Fund over the last four decades.

President Kenyatta paid tribute to the late former President Daniel arap Moi for incorporating the fund as a Trust in 1981 and accelerating the elimination of the barriers faced by persons with disabilities in the country. 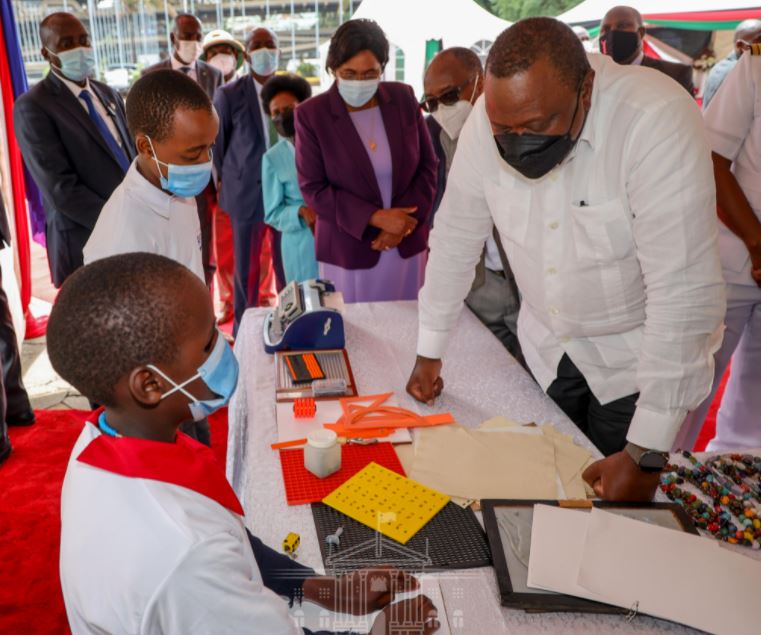 On NFDK’s achievements over the years, the President commended the fund for giving hope to millions of Kenyans with disabilities through its various programmes.

“In word and in deed, the fund has aided in giving voice to a once-neglected part of our society. The fund has made visible those who were too often invisible and overlooked.

“In collaboration with other stakeholders, the fund has empowered dreams through the provision of training, increased access to technical equipment and advocated for the laws and policies that have equalized the playing field,” President Kenyatta said.

Looking into the future, President Kenyatta challenged NFDK to invest in a programme that supports research and technology as well as innovation to address challenges faced by persons with disabilities.

“This would include sponsoring an award for our universities in the fields of engineering and the sciences for students and faculty that generate helpful ideas in breaking barriers faced by persons with disabilities,” the President said. 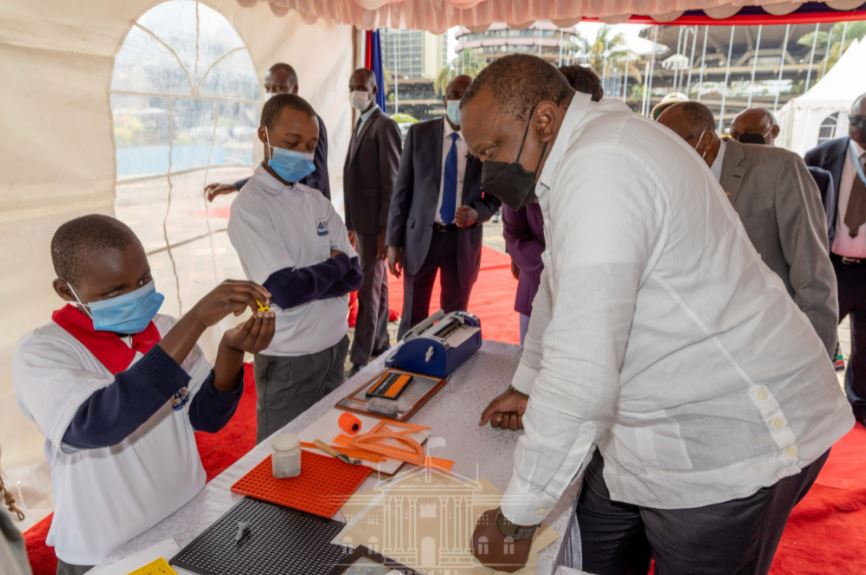 To demonstrate the importance of research, the President gave the example of Roy Allela, a 25-year old Kenyan engineer who developed a smart glove to help him communicate with his deaf niece, as an example an innovation that could help persons with disabilities.

“This innovation won the Hardware Trailblazer Award of the American Society of Mechanical Engineers in addition to securing broad local and international acclaim,” President Kenyatta said.

In her address, Public Service CS Prof Margaret Kobia pointed out that the Government has continued to support NFDK since its formation in 1981 and assured the institution of continued backing.

NFDK Chairperson Kristina Pratt outlined the programmes of the fund and the milestones the organization has achieved over the four decades of its existence.

Ms Pratt said the fund has identified key areas of support for persons with disabilities including training and provision of wheelchairs, tricycles, crutches and artificial limbs as well as tools of trade such as sewing machines, hair saloon kits and welding machines to boost their income-generating capabilities. 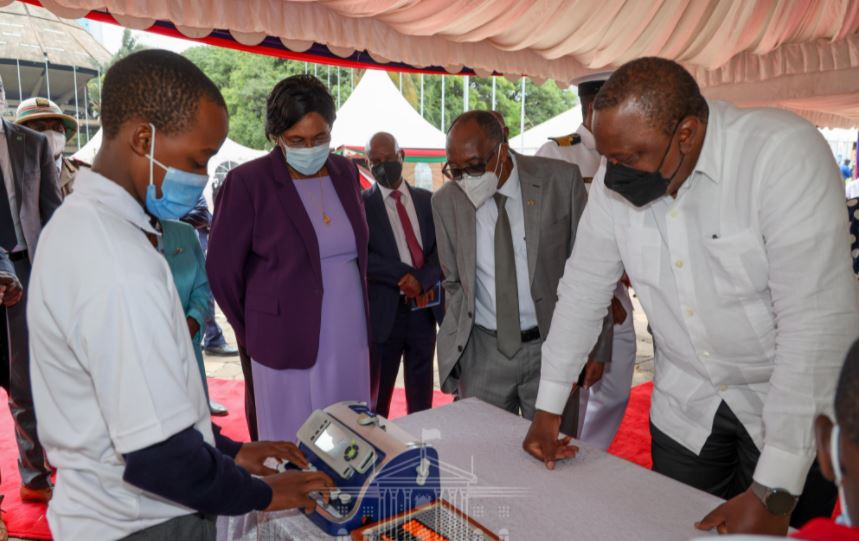 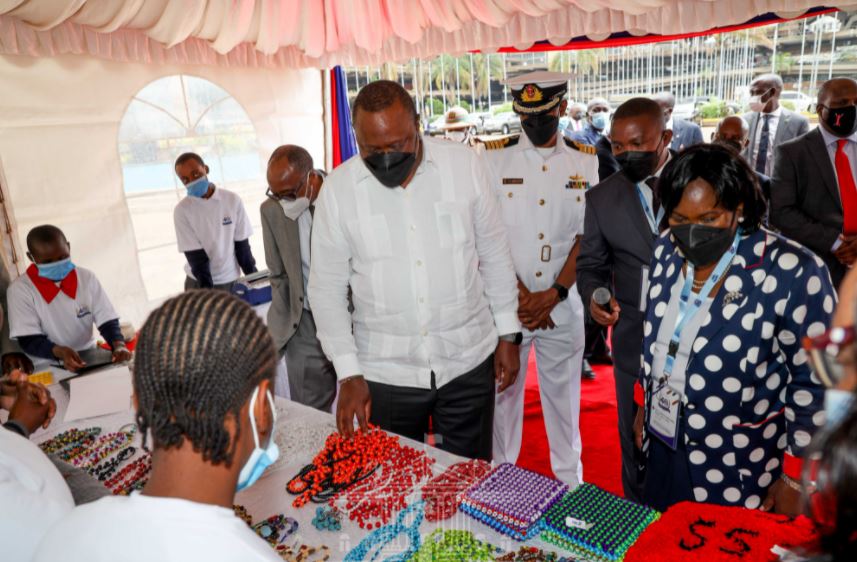 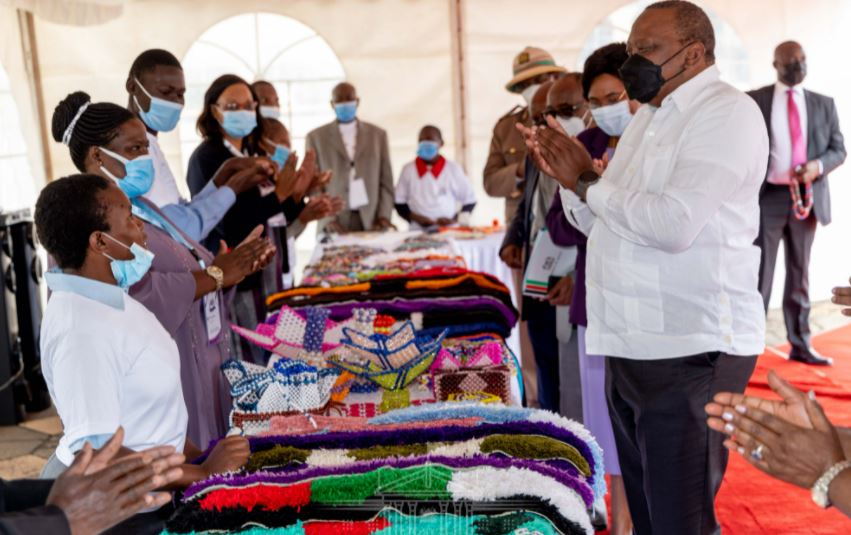