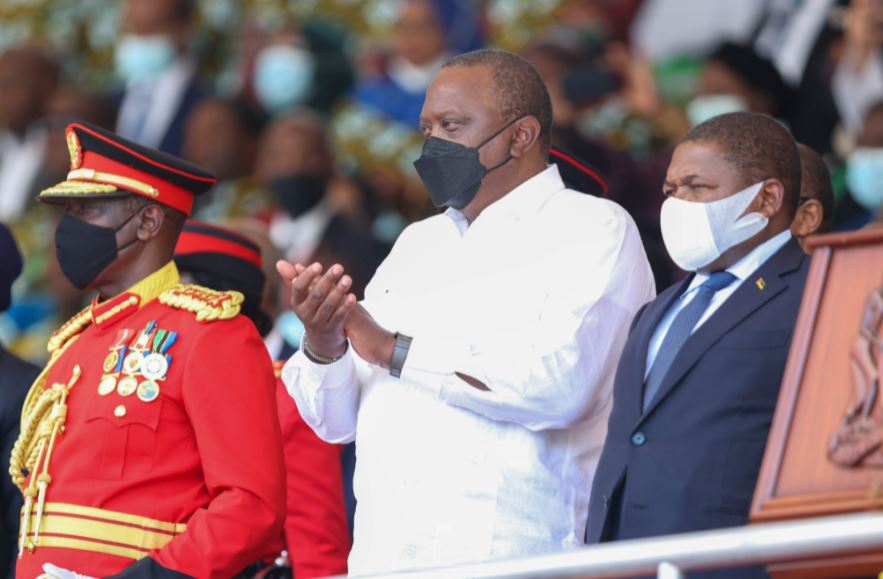 The colourful ceremony was attended by thousands of Tanzanians from all walks of life and invited dignitaries among them Presidents Paul Kagame (Rwanda), Filipe Nyusi (Mozambique), Azali Assoumani (Comoros) and DR Congo’s Prime Minister Sama Lukonde among others.

President Kenyatta, who is on a two-day State Visit of Kenya’s southern neighbor, was invited to the celebrations in May this year by his Tanzanian counterpart Samia Suluhu Hassan.

In her address, President Samia Suluhu Hassan thanked visiting dignitaries for honouring her invitation saying their presence at the national celebration was a demonstration of the strong comradeship that exists between Tanzania and their respective nations.

“Thank you very much for honouring our invitation. This demonstrates our regional friendship and the spirit of unity amongst Africans,” President Samia said.

President Kenyatta will on Friday be formally received by his host President Samia Suluhu Hassan before leading the Kenyan delegation in bilateral talks with their Tanzanian counterparts. 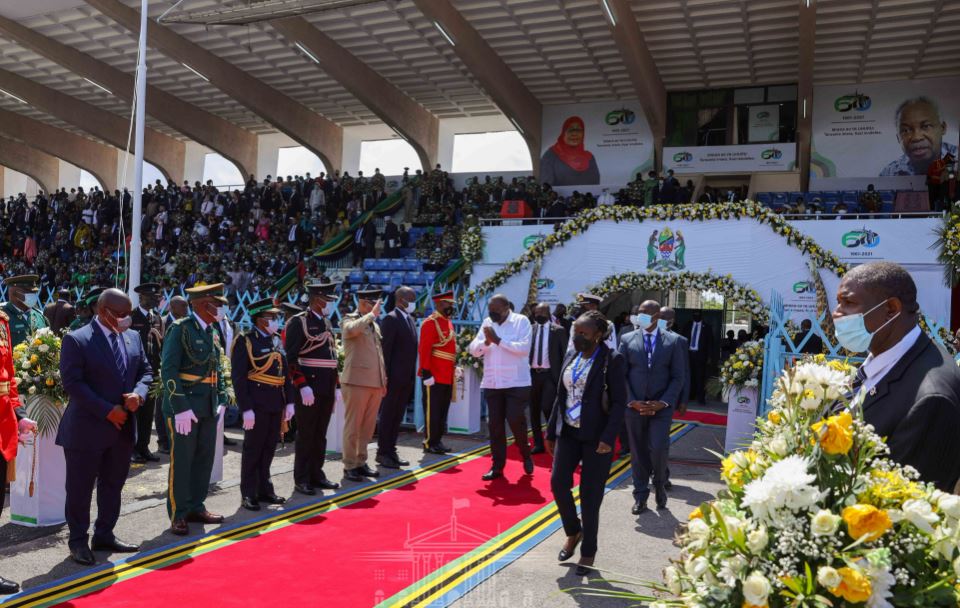 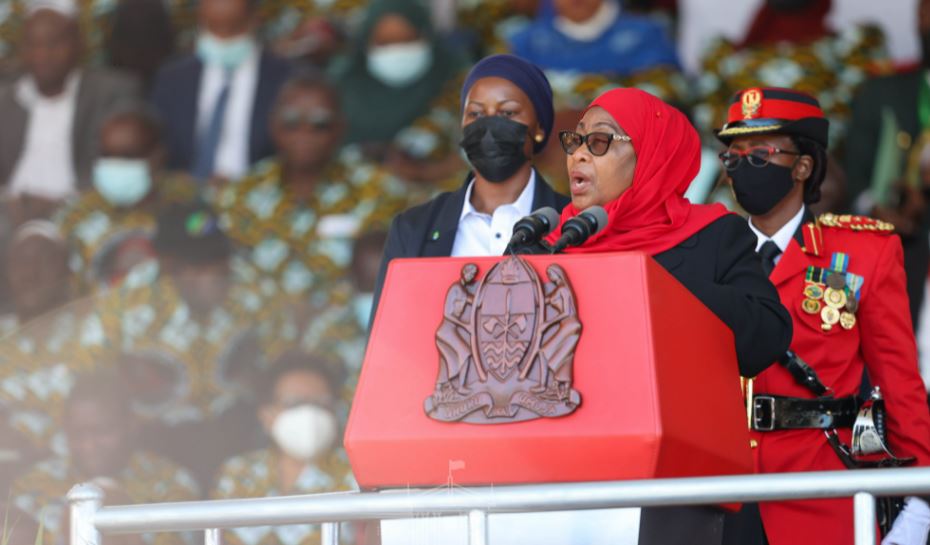 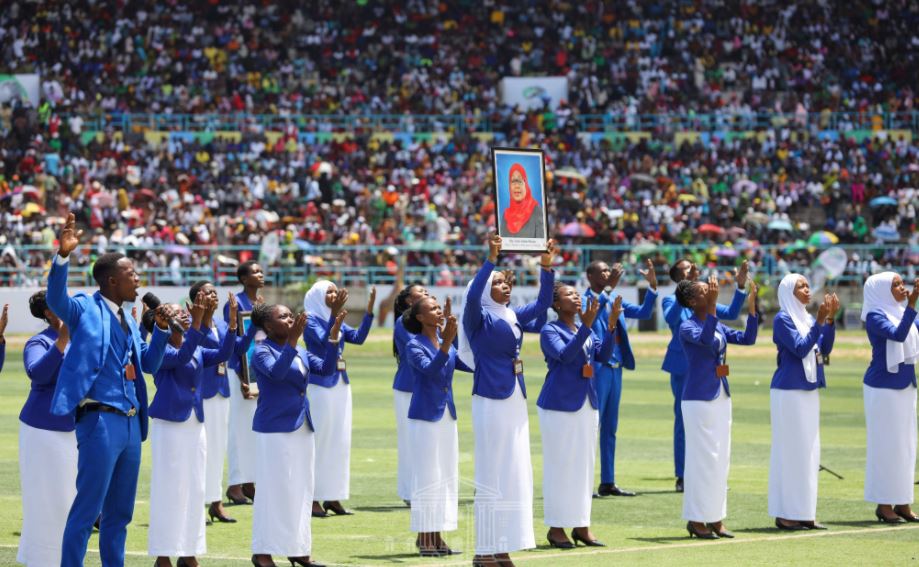 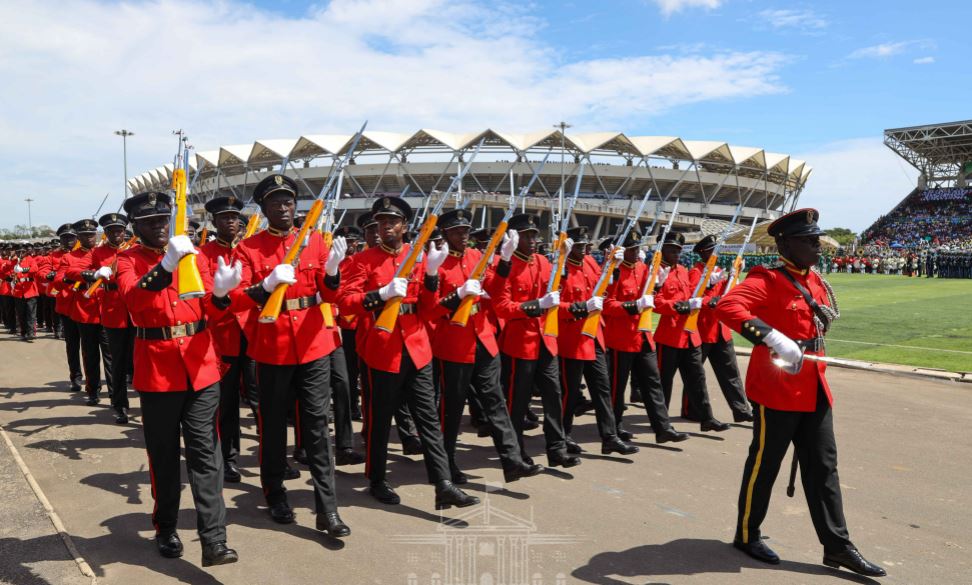 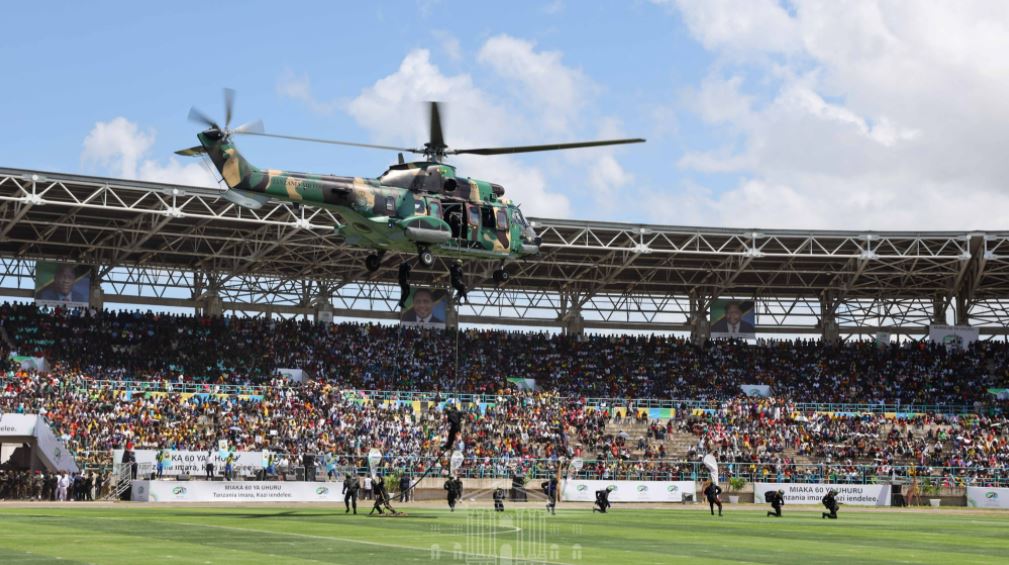 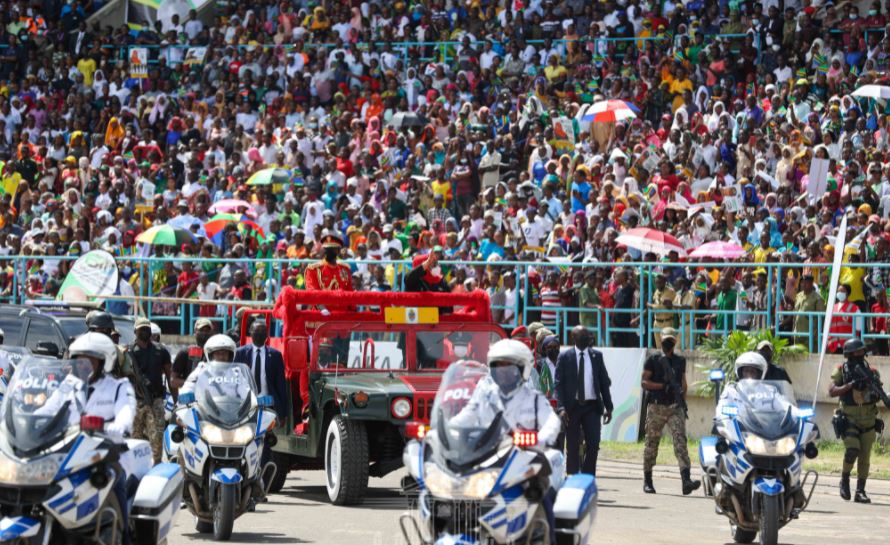 Junet Mohamed Not Aware That Jimmy Wanjigi is a Presidential Candidate < Previous
MKU Comes To the Aid of Milly Nafula, ‘A Student’ Admitted To Moi University 14 Years Ago But Never Joined Next >
Recommended stories you may like: