MKU Comes To the Aid of Milly Nafula, ‘A Student’ Admitted To Moi University 14 Years Ago But Never Joined 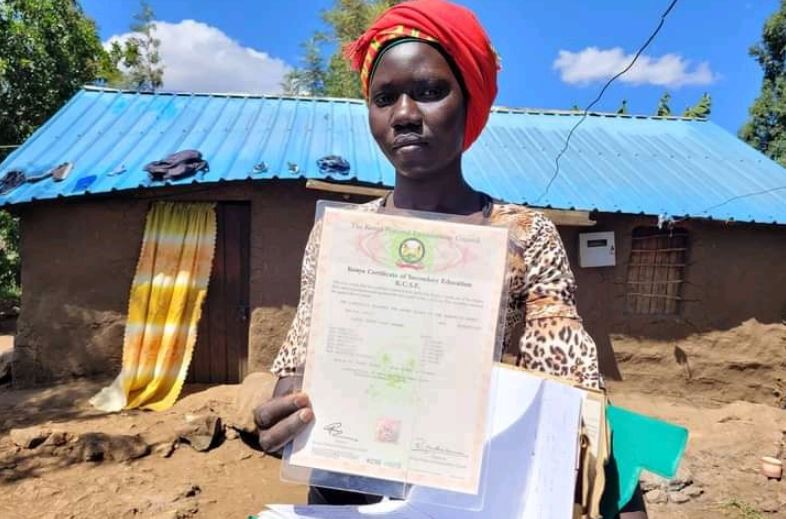 14 years ago, Milly Nafula returned to Manor House Secondary in Kitale, anticipating to receive a letter from the Joints Admissions Board (JAB), telling her in which university she had been placed.

A few months prior, Nafula had performed exceptionally well, scoring an A- in her KCSE examination. Thus, she fully expected to join a university.

As the rest of her high performing classmates received their admission letters on that day, Nafula missed out. She lacked the transport money to follow up with JAB in Nairobi opting to contact her district education office instead.

The DEO Trans Nzoia District sent letters to JAB, but no response was received. Not even her local MP was any help.

For the last 14 years she has been doing casual jobs among them Mpesa attendant, waiting hotel tables, etc. having lost hope of ever joining University.

According to her, Nafula, now 32, was actually placed at Moi University in 2008 to pursue a Bachelor’s Degree in Tourism Management. Her letter was probably lost somewhere between JAB offices and her high school.

Ms Wahome promised to work with the university to see her situation rectified.

“KUCCPS has made contact with the administration of Moi University with a view that the institution takes up the matter, who was Serial Number 22 in the university’s Bachelor of Tourism Management selection list of 2008/09,” said the placement agency.

But in some hopeful news, Nafula may not have to wait for government bureaucracy to play out. Mount Kenya University Chairman Prof. Simon Gicharu has offered her a full scholarship.

The good news was announced on Friday, during the institution’s 20th graduation ceremony.

“This will enable her actualize her dream,” Prof. Gicharu said.