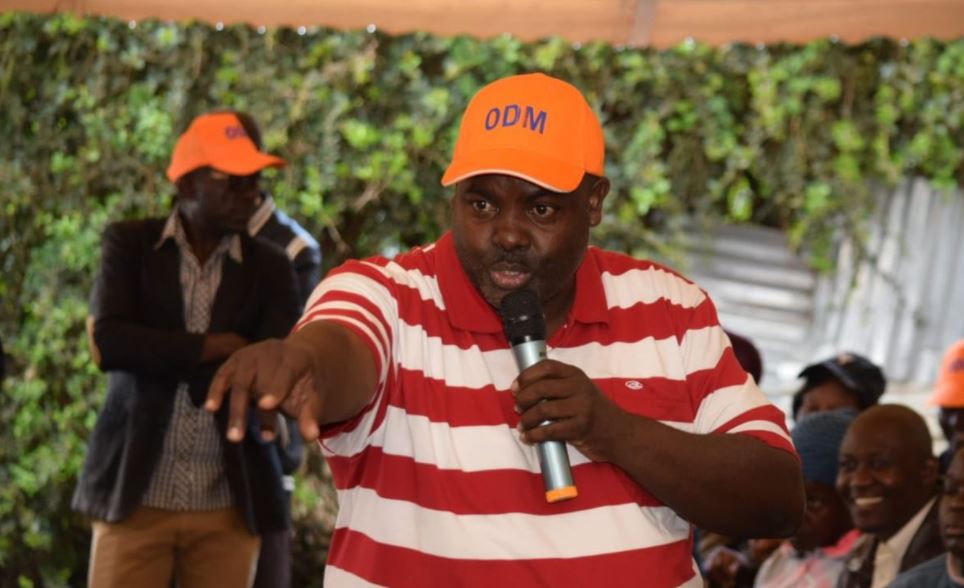 Another candidate has entered the race to become the fourth Governor of Nairobi County.

George Aladwa, the member of parliament for Makadara constituency, announced his bid over the weekend. He said he will be seeking the ODM ticket for the seat.

Declaring himself as the ‘people’s governor’, Aladwa said he is best placed to govern the capital city.

“I want to make it clear that I will be in the race and I am doing it for the people because they want me to move to the next level,” he said after attending a funeral mass in Makadara.

“In Nairobi, people know the person who understands the city very well and that is why they want me on the ballot,” Aladwa added.

The Makadara MP at the same time said he would officially launch his gubernatorial campaign in January 2022.

Aladwa will battle for the ODM party ticket with Westlands MP Tim Wanyonyi.

Kericho Man, 31, Caught in Unnatural Act With a Calf < Previous
First Lady Margaret Kenyatta Advocates For Alternative Rites Of Passage To Replace FGM Next >
Recommended stories you may like: