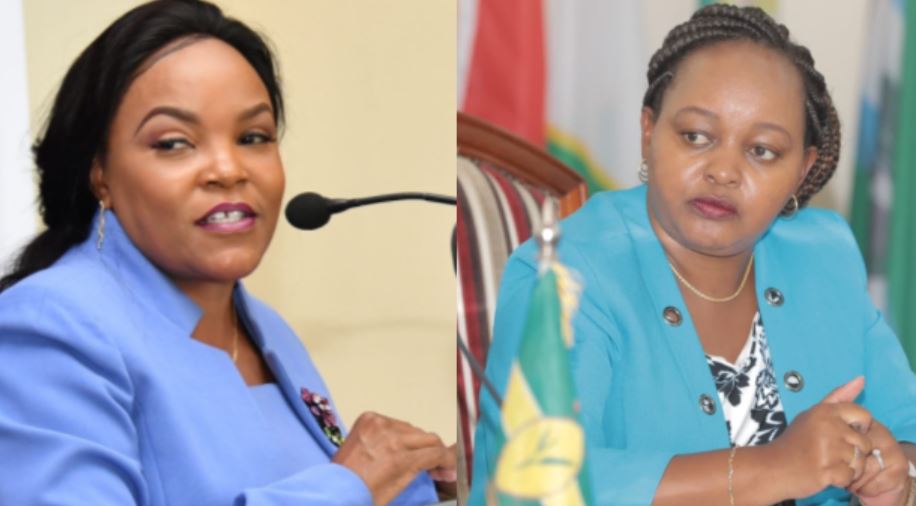 Kirinyaga Woman Representative Wangui Ngirici could be considering dumping William Ruto’s UDA if her recent remarks are anything to go by.

Despite being one of the pioneer members of UDA, Ngirici was conspicuously missing from Ruto’s political rallies in Embu, Tharaka Nithi, Murang’a and Kericho counties.

Where is Purity Ngirici? pic.twitter.com/dZxvrtDomF

Ngirici explained her absence saying she is soul-searching and re-evaluating her commitment to United Democratic Alliance (UDA).

“I’m, however, confident that my supporters will follow me, regardless of the pedestal I’d be standing on,” she told The Standard.

“Politics is akin to the game of chess; you must study it well as your next decision would determine whether you win or lose. I have now retreated to carefully study my options before I make my next political move,” she added.

Ngirici, who appears to have been thrown off balance following Anne Waiguru’s entry into UDA, took a slight dig at the Kirinyaga governor.

“I’m also giving the newcomers some time to enjoy. That’s why you haven’t seen me attending Ruto’s rallies,” said Ngirici.

The Woman Rep mentioned that she popularised UDA in Kirinyaga at a time when Waiguru was against DP Ruto.

“I convinced my people that UDA was the political outfit to join and that Ruto was the man best-suited to take over from Uhuru Kenyatta in 2022. I also made them see the gaps in BBI, which was being championed by the President’s team,” she said.

Adding: “During that time, Waiguru was on the other side opposing Ruto, claiming that the DP had rented members of the Kikuyu community. She was also at the forefront popularising BBI across Kenya. When her [BBI] mission failed, she crossed over to UDA.”

Ngirici further scoffed: “It’s now her turn to pose for pictures with Ruto, something I had done for four years.”

“For now, let me sit back and ponder on what’s good for me, politically.”