The Kenya Police Service has assured the public of their security and safety following terror-related incidences in Kampala, Uganda on Tuesday morning.

Two explosions happened outside the Jubilee Insurance building, along Parliament Avenue, just two weeks after Uganda suffered two other explosions in a span of two days.

Over the last few weeks, there has been a heightened security situation in the region, with rumors of an impending terror attack.

Kenya has particularly been on high alert, especially after 3 dangerous terrorists escaped from Kamiti Maximum Prison on Monday morning.

Following the explosions in Kampala, Kenya Police on Tuesday said they have activated security installations across the country with heightened security within towns and borders.

There have also been reports that police on leave have been recalled.

“While we remain on high alert to safeguard residents and their properties, we encourage the public to be watchful of any suspicious persons and activities within their neighbourhoods and report them to a nearest police station or on our toll free numbers 999/112 and 0800722203,” said the National Police Service. 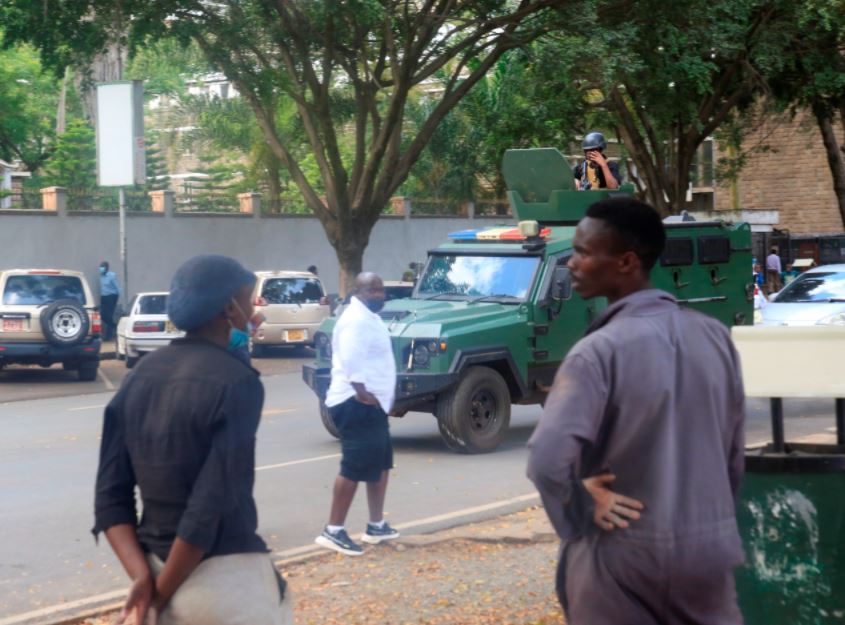 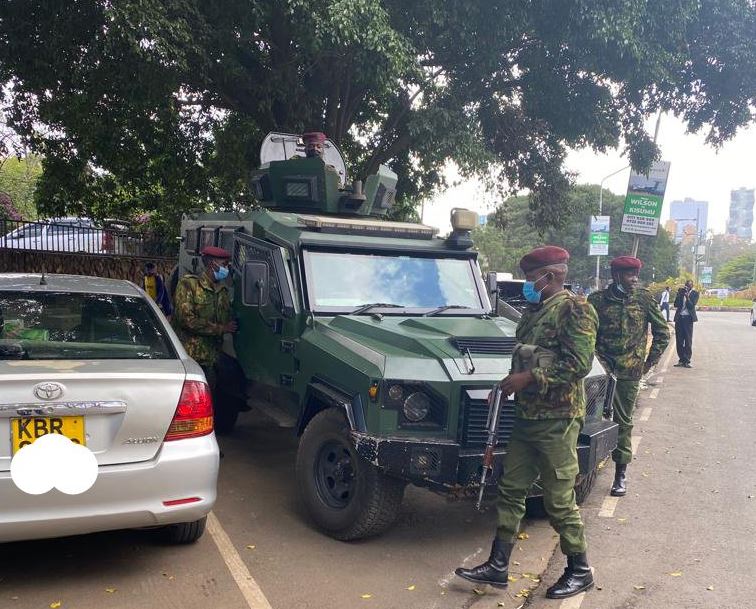 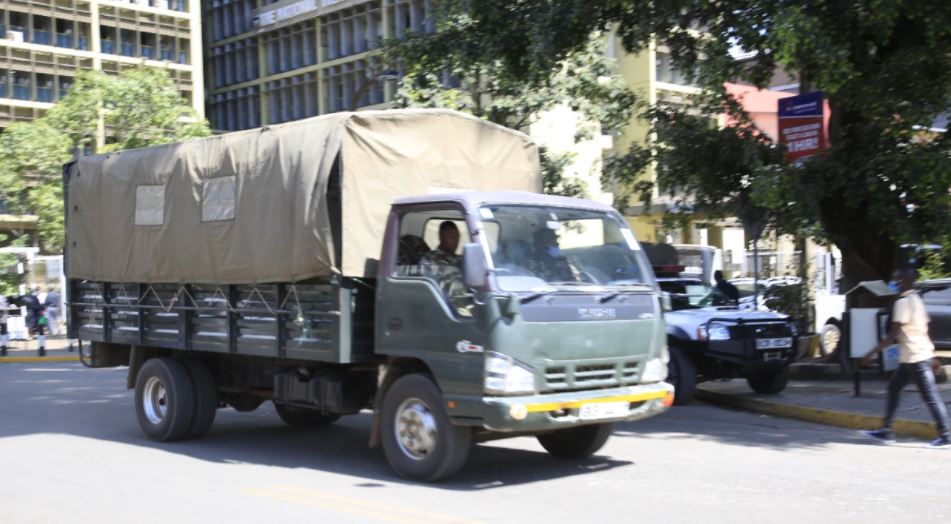 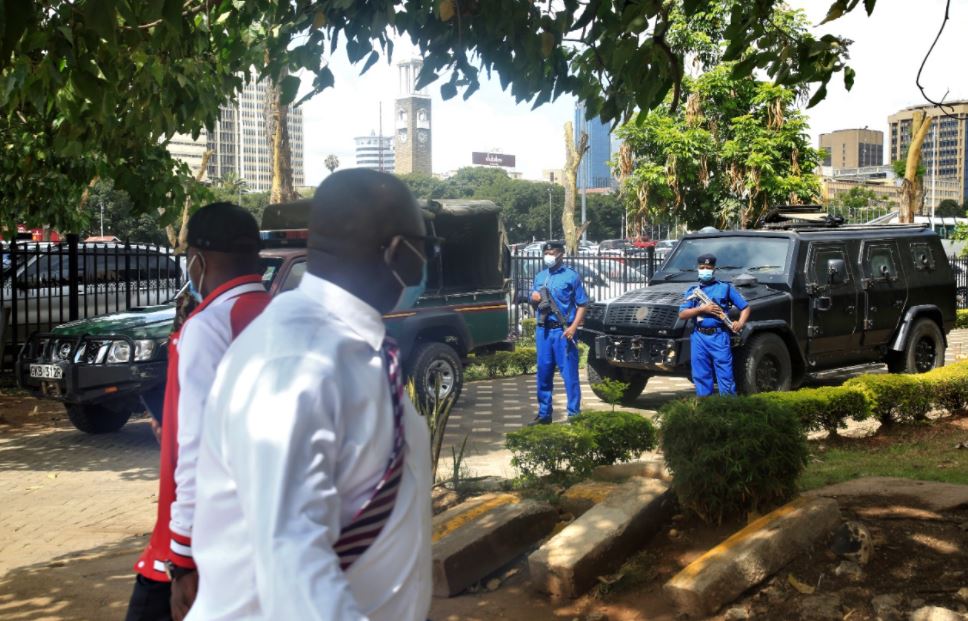 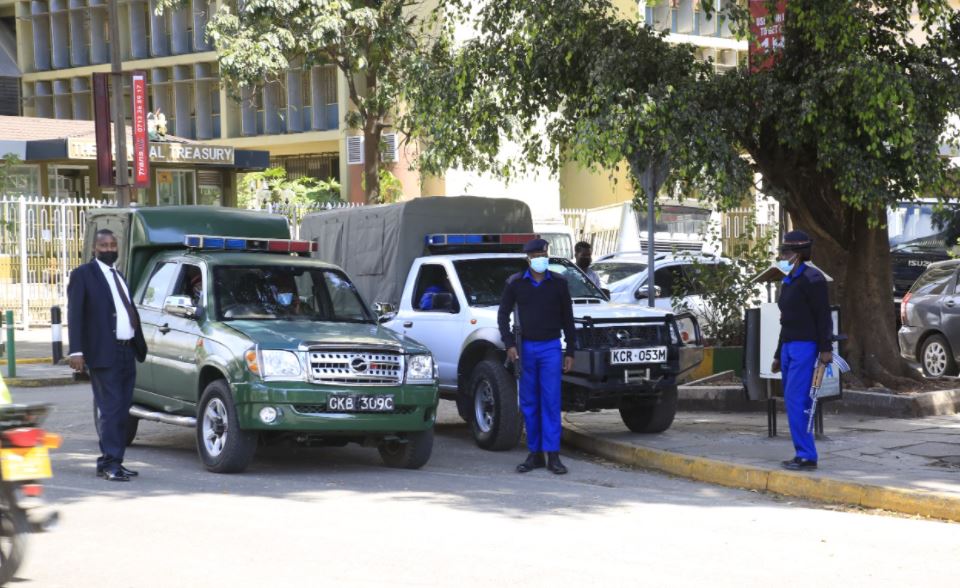 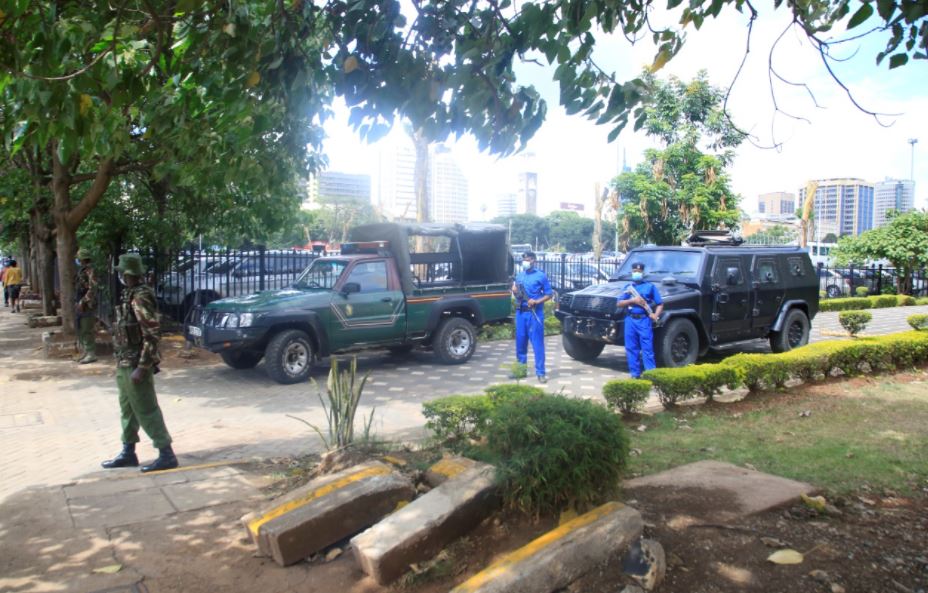 We Will Catch Kamiti Prison Escapees! says Matiang’i as 7 Wardens are Arrested < Previous
Jalang’o Traumatized by Men Hitting on Him.. “I Cannot Be Someone’s Girlfriend” Next >
Recommended stories you may like: