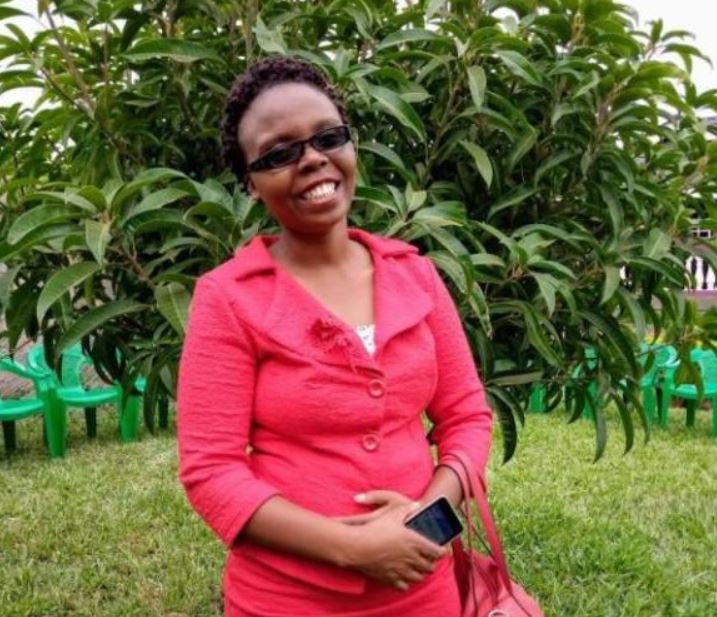 Eunice Nyambura Karani was raised by responsible, devout Christian parents only to turn into an alcoholic. She started drinking while in high school and by the time she graduated from college in 2016, she was an alcoholic.

Nyambura continued drinking well into young adulthood and she was even disowned by her family.

The teacher reveals how she got herself out of addiction and went on to become a pastor.

I was brought up well by my parents who not only valued me but all my siblings as well. My parents were staunch Christians and they always ensured that I attended church. They were also keen on my education and made sure that I went up to college.

You said you were raised well by your parents; at what point did you start drinking?

Well, when I was in high school, a group of girls used to sneak in alcohol and drink secretly. Out of boredom, I started tasting and gradually, I found myself in their company, drinking alcohol with them for pleasure. Sadly, it got too much of me and I became a heavy drinker.

Although I hadn’t become a full addict in high school, my drinking problem became worse in college where I also found another company of students who loved booze. This encouraged me and facilitated my growth in the vice. In college, it was worse because there were no restrictions like in high school.

At what time were you drinking in college?

We used to drink at night when most of the staff had retired. However, during bash or entertainment sessions and other school activities we would drink more. By the time I graduated from college, I was a complete alcoholic.

What happened after graduation?

I stepped into a relationship, which I thought was promising. I was 25. However, the relationship could not be sustained due to my alcoholism. We broke up and this affected me so much that I got into depression. As a response, I engaged in excessive drinking.

Did you share your experiences with your family or significant others?

Not really. I didn’t share with anyone. However, there were those who noticed the changes and got to know my condition. Nonetheless, instead of helping me out of it, they contributed to my predicament by hurting me more.

How did this behaviour affect you socially?

It reached a point I could no longer hide my condition and I started drinking openly, sometimes sleeping on the streets or clubs. My parents and other family members tried to help me in vain. I couldn’t keep any friend as everyone avoided me. When everything else failed, my mother, being a believer and prayerful, resorted to prayer and fasting for me.

What part of you changed as a result of your drinking?

First, I reached a point where I could drink all forms of alcohol, including spirits and illicit brew. I was a useless person in society and became a laughing stock of my family. My brothers disowned me and didn’t want to be associated with me. My lips changed their colour to pink, indicating that I had drunk too much.

How did you come out of this problem?

In 2018, I reflected about my life and realised that I was wasting myself. I had a job but could not save even a cent. From the time I got out of college in 2016, I got a well-paying job but I spent all my salary on alcohol. I realised I had destroyed my life, I had nothing, not even clothes. I decided it was time to change.

After making the decision to change, which steps did you take?

I looked for a pastor nearest to me and requested to see him. I confessed to him my predicament and my desires to change. He prayed for me, I got saved and started my journey in Christianity. Fortunately, I managed to transform without much difficulties, later becoming a leader and eventually a preacher in the same church.

After changing my behaviour, I have seen a lot of changes in me. My lips, my body and everything in me changed. My relationship with my family is now restored. My mother feels very happy when she hears that I am in church preaching. I am now very much valued and a respected member of the family and society at large.

How are you currently using your experience in society?

I am a teacher by profession and a pastor at my local church. I occasionally engage my students and have a discussion on the dangers of substance abuse. I use my experience to tell them about what happens when one becomes a drug addict. This way, I have seen a positive change in many of the students. I also hold motivation talks in other schools.

What is your message to the youth in general?

I would tell the youth that bad company corrupts good behaviour. Avoid bad company as much as possible. Walk with people who will shape your life positively. Peer pressure has destroyed many lives.

Career Path With a Certified Skincare Trainer, Chrystal Kizito < Previous
My Hustle – I Started ‘Wonderland Wear’ By Selling Waist Trainers on Facebook Next >
Recommended stories you may like: