Mudavadi Dismisses Reports That He is Sick 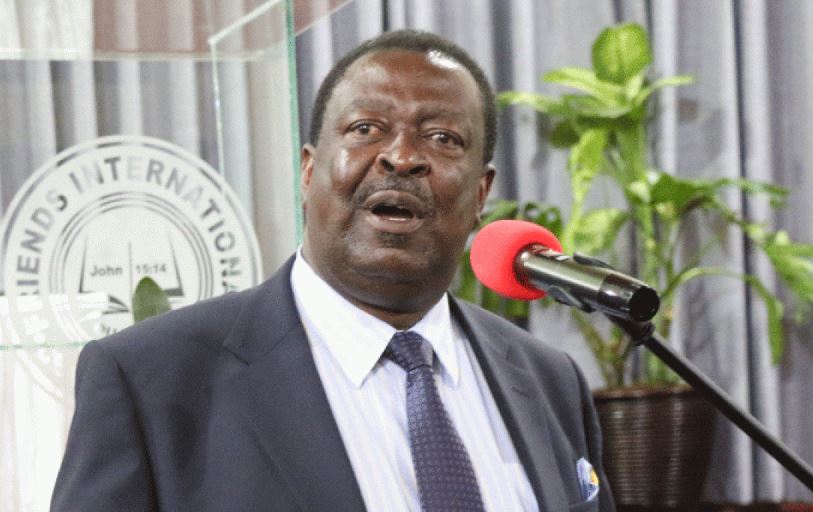 There had been speculation that the One Kenya Alliance (OKA) principal is sick, because he has not been seen in public since October 31. At a time when all other major politicians are out there campaigning, such an absence is bound to attract rumours.

Speaking to the Nation Mudavadi said that he is of perfect health, and Kenyans should not be anxious.

“Niko salama kabisa. Watu wasiwe na wasiwasi. Niko imara kabisa ” he said. “In a few days’ time, you will see me. There is no problem. I’m strong.”

Rumours about his health started on November 4 when he skipped Ford Kenya’s National Delegates Conference, which was meant to endorse Moses Wetangula as its leader. He was represented by Kakamega Senator Cleophas Malala.

Speaking on the matter, ANC Deputy Party Leader Ayub Savula then said that Mudavadi was just resting after a series of political rallies. He however dismissed claims that his party leader was admitted to hospital.

“Our party leader is in good health, energetic, and around. He had taken a break because we still have nine months of campaign before the next elections and he has no need to run here and there,” Savula noted.

He added that Mudavadi will be holding political meetings this week.

Good News as Kiambu Road is Set To Be Converted into a Dual Carriage < Previous
MC Jessy Joins Politics, To Vie for MP Seat in Meru Next >
Recommended stories you may like: