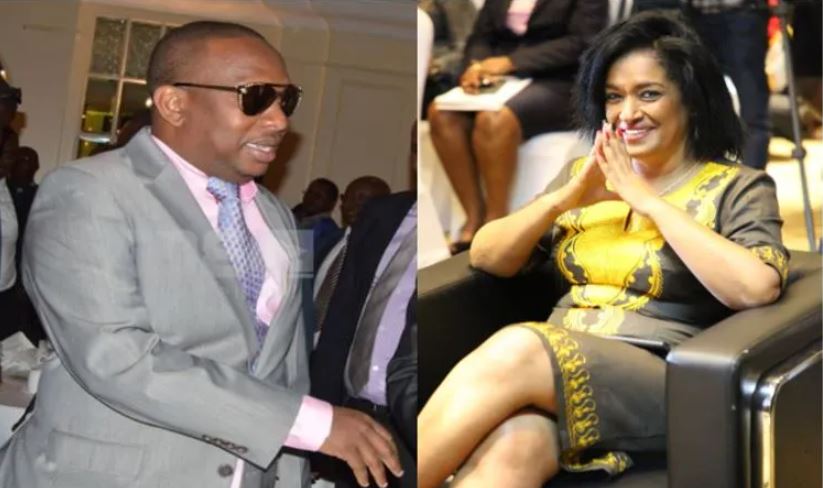 A section of Kenyans on social media has challenged former Nairobi governor Mike Sonko to release an expose on Esther Passaris.

This was after the Nairobi Woman Representative called on authorities to ban Sonko from all social media platforms.

Speaking during the illumination of the Kenyatta International Conference Center to mark the beginning of the 16 days of activism against gender-based violence on Tuesday night, Passaris raised concerns about ‘Sonko Leaks’.

The former governor has been releasing videos implicating lawyers and judges in alleged corrupt dealings.

One of the videos took a surprising turn after Sonko’s informant, Mary Nkatha, exposed her breast and licked it in a video call.

It is this video that Passaris spoke out against, accusing Sonko of violence against Mary Nkatha.

“That kind of violence and violation of a woman is wrong by every standard and the I call on the DCI to take action against him because as a country, you can block someone who terrorises and abuses women on social media platforms,” she said. 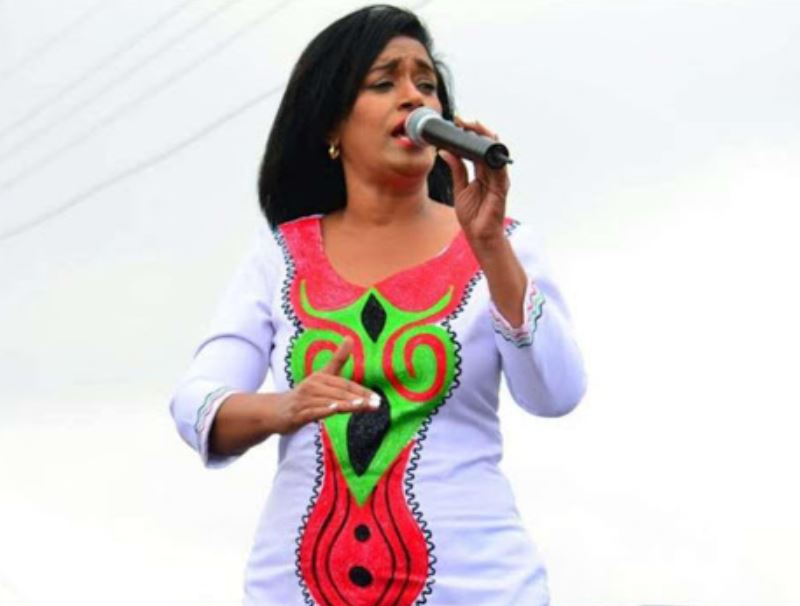 Passaris, who was a victim of Sonko Leaks in the past, said Kenya should emulate European countries, where such acts are not tolerated.

“Europe refuses to even mention the names of such people and they do not give them any kind of audience. So I am challenging the DCI and the DPP to close those social media platforms,” she said.

Adding: “If we say that we are going to end sexual and gender-based violence then perpetrators in such high positions should not be let to walk scot-free. He must be made an example of. Let us cut the power that perpetrators have on social media platforms. If they managed to do it to Donald Trump, then they can surely do it to Sonko.”

Passaris’ demands elicited wild reactions from Kenyans on social media, with most speculating that she was afraid of being exposed.

To this end, they asked Sonko to do what he does best and leak any Passaris videos he might have.

Here’s what some Kenyans on Twitter had to say.

Esther Passaris did not commend Mike Sonko for exposing the rotten mafia deals amongst Kenya’s judges and lawyers. She instead wants Mike Sonko’s social media to be blocked. You would expect her to protest the rot at the judiciary. She fears a leak or she is your usual ‘leader’.

How we’re preparing ourselves for Sonko to throw something concerning Passaris. pic.twitter.com/k3fN0SNN4T

Does Esther Passaris have an idea of what morals are? Some body who publicly declares a sex holiday is an imppecable embodiment of impunity amd immorality. #MIGUNAMIGUNA served you right! @MigunaMiguna

Esther pASSaris here rattling Mike Sonko . She will get it… We heard she invited Sonko to a hotel rooh at Intercontinental Hotel Nairobi. #MIGUNAMIGUNA was right! That socialite Bimbo must be called out! Sonko is exposing fellow crooks. pic.twitter.com/vxzJ4U5QNy

Passaris after kulengwa decided to play the gender card on a thirsty hoe who in the first place stated
” who fears cameras ” ? Sonko should expose her too. We are tired of this bimbo just yapping nonsense . We are bringing order in this judiciary .

@MikeSonko weka video leak ya pASSaris..we need to know what she did.

Esther Passaris knows what they did with Mike Sonko at Intercontinental hotel.
Just like with Shebesh, I know my guy Sonko has her nudes, it’s a matter of time tuone hizo matiti mazee. That’s why she wants all Sonko’s social media accounts suspended.

What Passaris did with Sonko in darkness will soon come to light….stay tuned

Esther passaris asked for it and she is getting it raw. Aliambia sonko aje? Love wins at the end of the day….
Wachana na itumbi, listen up! #sonkoleaks #sonko. Twitter DCI wako ngangari kinoma… pic.twitter.com/loarALovzG

She’s scared and I think it’s time to bring this back pic.twitter.com/XAIpBqB03Z

Esther Passaris wants Sonko banned from social media. This is a leader who wants people banned from media for exposing criminals who are in power. Iko shida

This is What’s Trending on Social Media Today < Previous
You Won’t Believe All These Products are Made in Kitui (PHOTOS) Next >
Recommended stories you may like: