WOMANTALK: Why We Chose To Be Celibate 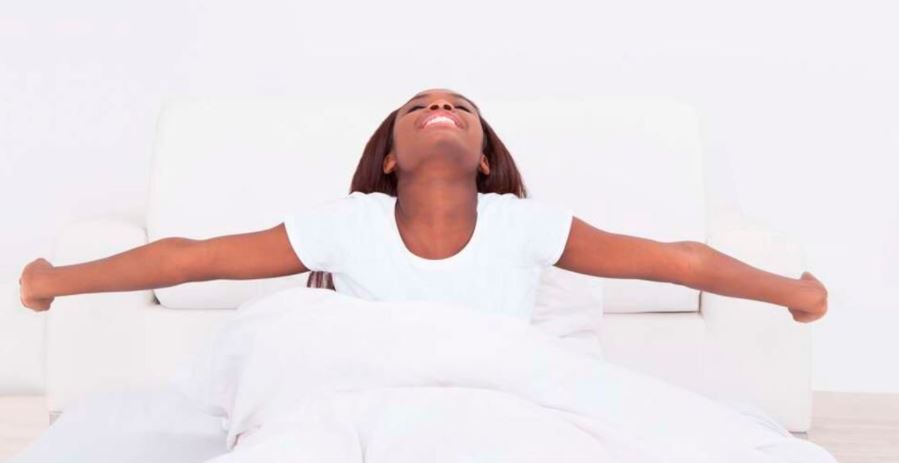 Five Kenyan women spoke to Life & Style magazine about why they decided to abstain from sexual reations.

Going celibate was a decision to detox emotionally and take my life seriously after I ended a very complex, four-year-long relationship. I was in a relationship with a man who controlled what I did, who I visited, and the people I interacted with. Often, he compared me with other women and this affected my self-esteem. Sometimes, he would be violent and despite hoping for change, he didn’t so I had to end it. The marriage took all my energy and it made me believe that I was not good enough.

In my case, celibacy has given me a chance to explore being on my own. I enjoy working out and  I often hang out with my friends. I recently adopted a dog and we enjoy spending time together. To be honest, I just might prefer his company to taking on the issues of dealing with a man who is not ready to settle down. Practicing celibacy has taught me a great deal of patience. The most difficult aspect about remaining celibate is that it requires one to be strong-willed to make it because there are times hormones kick in. I will take my time, at least six years,  before settling down if I get a responsible man.

I decided to be celibate for two reasons: one, I realised that my life was being controlled by sexual thoughts and I had made wrong choices of having multiple partners. I ended up hurting so many men and I didn’t like that. I had a void in me and this emptiness caused me to lack self-control. Having been brought up without a father figure, I realised that I was looking for acceptance from men which directed me to have sex with them.

Counselling helped me as I was able to deal with the issue and celibacy has brought so much transformation in life. I had to stop all relationships and focus on me. Now, I have time to focus on my career as a customer care representative and I can relax and not worry over STDs, pregnancy, or hurting someone. Of course, there is a physical loneliness and sometimes I just want to hold someone or cuddle.  But, I have learnt to redirect this energy into advancing my life by reading more and socializing with big thinkers. I will wait until I get a committed man with whom I am compatible.

After a bad breakup, I needed time to reflect on the choices I was making regarding the men I allowed into my life. I went for therapies and my therapist identified a pattern: most of my relationships began as hook-ups which ended up in tears. I am a very outgoing person and I like partying. Most of the relationships I have had started in clubs. I liked having sex, but after counselling, it became obvious that this was not a good way to find a potential mate. I have to acknowledge that I was not good at casual sex because I became too emotionally attached to men. In 2015 I decided to take a break from having sex to determine what I wanted in a relationship. I started the journey of self-discovery in which I identified my strengths and weaknesses. I discovered that I am good at marketing and so, I enrolled to pursue a diploma in sales and marketing which later landed me a job in a hotel.

In 2019, I met a man who was different from the men I was dating. He told me that he was looking for a wife and didn’t have time to play games. We dated for one year and had our wedding in April 2020. I don’t regret the path I took; celibacy was the best option.

Celibacy has been a conscious choice due to my religious beliefs. I believe sex should be enjoyed in marriage. The best part is not worrying about STDs or pregnancy and hence, giving me quality time to know what I want before marriage. I must admit that celibacy is a struggle, but not boring. I always have fun all the time with my family, friends, and most importantly, with myself. I love writing and often, I journal my sexual feelings and remind myself that I have to wait until marriage. I always address the feelings to the man that will eventually marry me and I intend to give him the journal on our wedding day.

Going celibate was a decision I made after I lost my husband who was so dear to me. Till now, I still wonder ‘why would death pick the best from me’. I still love my husband as much as I ever did. I am always confident that he is watching over me and our two beautiful daughters. I always imagine how bad it would betray my husband, watching me have sex with another man… I believe that no man would ever take his space, he was one in a million. At first, it was very difficult to adjust to celibacy since I was used to having sex every day. It took a lot of prayers to help me see that loving my husband was a lifetime decision I had made.

In my case, celibacy gives me a chance to demonstrate my love for my husband. Being celibate has helped me to love God more because I know that he is ever watching over me and is proud of me.  Celibacy has created a safe environment for my children such that they don’t get to see me with other men.

My Story – Alzheimer’s would make my Father Hit his Head on the Wall < Previous
Hilarious Posts by Kenyans on Social Media For Your Monday Blues Next >
Recommended stories you may like: