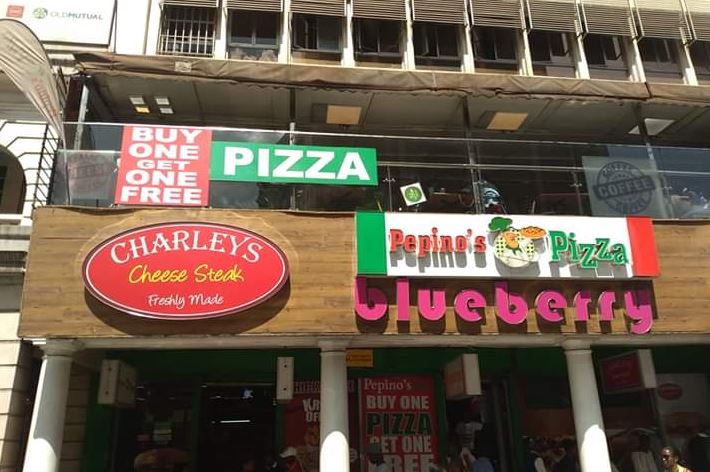 There was some drama on Twitter on Thursday night, after a woman posted a video seeking help after being trapped inside the washroom of one of Nairobi CBD’s popular fast food outlets.

From the clip, the woman said that she was locked inside Pepino’s Pizza by mistake, when she went to use the ladies room.

The security men outside could hear her, but were not in a position to help since they did not have the keys to the restaurant. The people who could open had already gone home.

Sandra was appealing to anyone in a position to help to come through for her.

Please retweet or help me reach out to someone who can help pic.twitter.com/oVXO9cQ7Ao

After the video went viral, Sandra found help. The management ensured that someone arrived to let her out, and even the police helped by ensuring she was dropped home.

UPDATE; Help came through. I was rescued. Thank you to each of you who took the time to retweet or reply to me. It meant so much Special mention goes to @NPSOfficial_KE who came to my rescue, with special mention to Inspector Oyoo, he specifically ensured that I was dropped home.

A special mention too to  @RoadAlertsKE , Derrick reached out to me and pulled in all his contacts to come in and assist. I highly appreciate. I also need to thank the @Pepinos management, especially the branch manager ,Peter. He made all the effort to apologise for the incident and took responsibility. We are still to record a follow up statement with the Police tomorrow.

Siwezi sahau all the soldiers who were outside the entire time talking to me and trying their best to sort out the mess. Pia to Kama, the cab driver who has fikishad me home safe and sound. Sasa wadau, let me catch some rest. Nashukuru na moyo wangu wote that mlihakikisha nimesaidika na nimeweza kufika nyumbani. Mpokee shukran zangu. 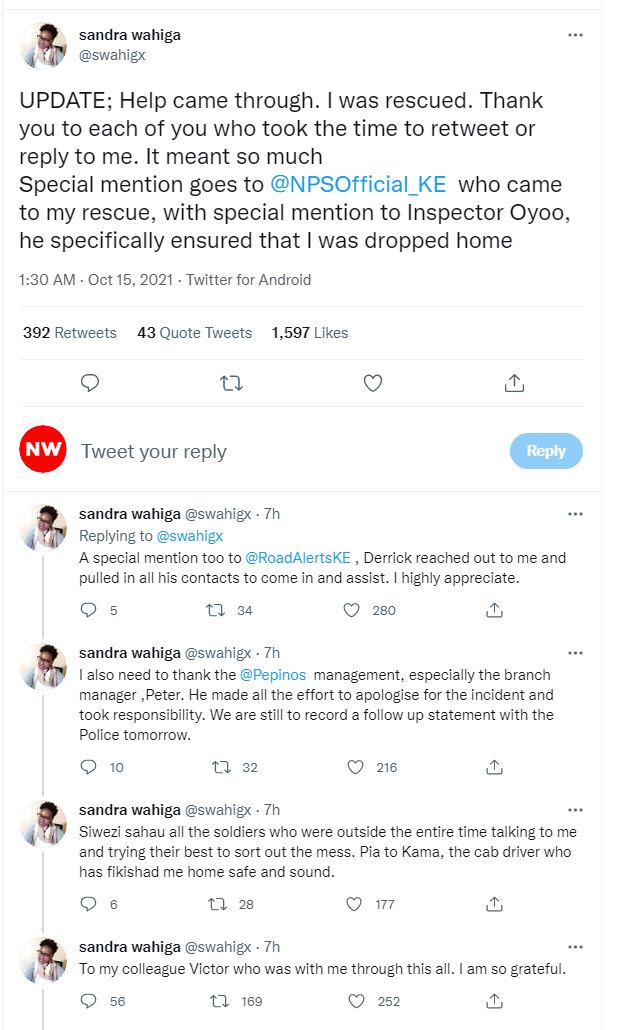 Police Arrest Ruiru ‘Vampire’ Who Rapes, Kills and Steals Womens’ Panties for a Cult < Previous
Watch: Museveni Casually Reminds Government Officials Earning More Than Him That Salary Does Not Equal Power Next >
Recommended stories you may like: