Education Cabinet Secretary George Magoha has once again found himself on the receiving end of Kenyans on Twitter.

And it is all about the recurring issue of his suits. The 69 year old presents a no-nonsense appearance, and is the kind of person you really do not want to cross. There doesn’t exist a single picture of him laughing or smiling… at least not one that we have found.

For such an ever-serious character, Kenyans are always wondering who his tailor is, and what he has got on him.

A running joke is that Magoha’s tailor is the only person who does not fear him.

On Wednesday, the CS joined fellow government officials in Kirinyaga for Mashujaa day. Like clockwork, Kenyans were back at commenting on his suit.

In this photo of Cabinet Secretaries, you can see how Magoha stands out, and not in the best way. Standing next to him is the stylishly dressed Najib Balala. 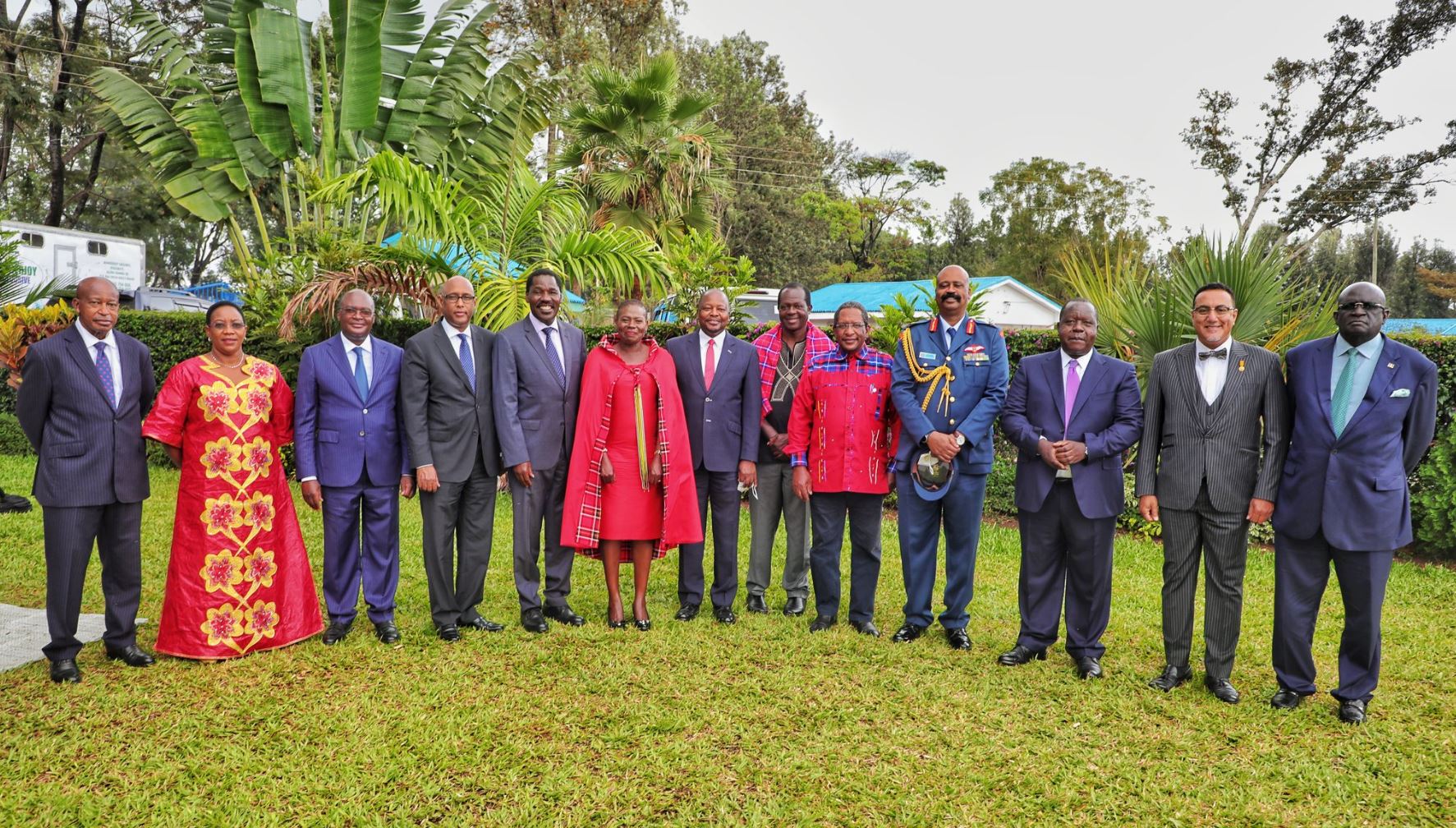 And of course compliment his great fashion sense, Magoha went with a huge smile.. Lol!

Magoha's tailor must be arrested and tried via a military tribunal. pic.twitter.com/zHRaet9fsc

The only person that Humbles Magoha is his CBC Tailor 😂😂 pic.twitter.com/VLIUfBD8nJ

We all fear prof G Magoha ,no issue , But his tailor is a no go zone 😁😁😁 pic.twitter.com/ms8YYvOD9h

Magoha is all over giving teachers and students alike sleepless nights but his tailor is where he draws the line huh🤣 pic.twitter.com/pp0n5VrRWS

Prof Magoha can dictate anything and everyone except his tailor 🤣🤣🤣 very brave son of a woman pic.twitter.com/JdI4QVUGYr

Prof Magoha,under whose docket ( I think) vocational training is should DISBAND the school where his Tailor went!!!! pic.twitter.com/FulTXV30rn

Senator Anwar Loitiptip Allegedly Tries to Drown Rival in Indian Ocean < Previous
The Trending Memes and Tweets in Nairobi This Friday Next >
Recommended stories you may like: